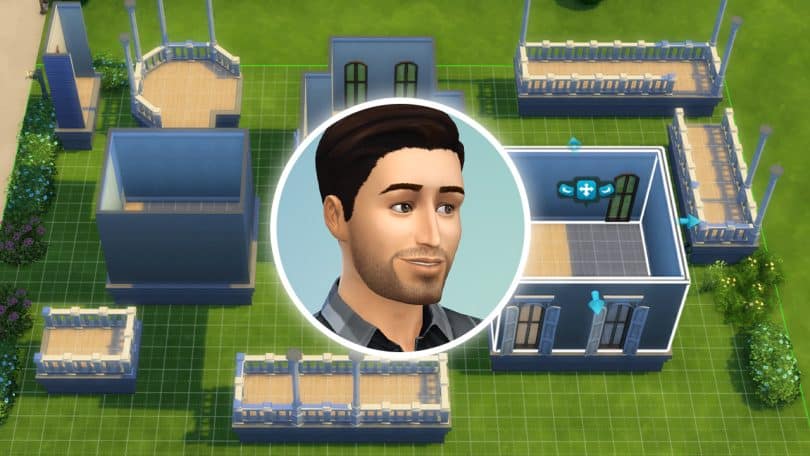 After 12 years working at Maxis, the game’s designer mostly known for his Build Mode features is venturing off to new opportunities!

I think that we can all collectively agree that if there’s anything we all certainly like about The Sims 4, it’s the possibilities and features in the game’s Build Mode.

One of the most intuitive Modes introduced to the series yet, the Build Mode in this game allows players to actually make mistakes and correct themselves in the process. Previous Sims games were very good at customization, but unfortunately there was no room for mistakes. If you built a house that was just one square off the center alignment of the lot you’d have to do A LOT to fix the alignment to your liking.

The Sims 4 was always one step ahead with tools that allowed you to drag rooms, place them wherever you want, and just edit your lot to your liking. Through the evolution of the Base Game we’ve gotten so many things in Build Mode – Pools, Terrain Manipulation, Basements, Configurable Stairs and even the bb.moveobjects on cheat which by everyone’s surprise wasn’t there on day 1 of The Sims 4.

The evolution and initial development of The Sims 4’s Build Mode was previously lead by SimGuruJohn (John Berges) who worked on intuitive main features that we have today, along with other developers and engineers. John left Maxis shortly after the Base Game’s release for other opportunities.

Shortly after John the work for The Sims 4’s Build Mode (and other features) were taken over by SimGuruHouts (Aaron Houts) who made it his mission to continue where John left off.

Games like The Sims 4 are made by many, many talented people and the work I did was just one part of a team of other designers, engineers, artists, animators, sound designers, and producers.

This particular designer had started working on The Sims 4 after the release of The Sims Medieval, and made it his mission to add the best tools possible in the game:

I worked on Build Mode, powerful creative tools that let players build and customize houses and outdoor areas for their Sims to live in.

Our goal with Build Mode in The Sims 4 was to retain the power of building in previous Sims games and redesign it from the ground up to be much more accessible and user friendly.

By balancing creative depth with easy to understand tools and a workflow that makes users feel like there is no “wrong way” to build, we were able to increase player engagement and create the best Build Mode in the series.

I worked collaboratively with engineers, UX, artists, and production partners to design and implement creative tools for players, gameplay objects, and various systems from concept to ship.

Houts has also worked on many other different features for The Sims 4 – from the Pets Sickness System to building the world of Windenburg.

Today SimGuruHouts has announced his upcoming departure from Maxis and The Sims 4 to “set off to a new adventure”, with a very heartwarming Twitter thread of his time working at Maxis.

Before we share the full thread I want to thank SimGuruHouts for his amazing work that he and his team has done for Build Mode and wish him all the best for the future ahead. Thank you!

Hi Simmers, after nearly 12 years working on The Sims I’ve decided to set off on a new adventure. Being at Maxis has been a highlight of my life and it wouldn’t have been possible without such passionate and creative players.

First, I want to thank all of YOU for being a huge part of the amazing time I’ve had making The Sims. I have many, many great memories throughout the years, but here’s some of my highlights:

Revamping Build Mode for TS4 and introducing it to fans at Gamescom in 2013 (and then being blown away by the amazing things you all created in it when TS4 released!).

Getting “Space Tacos” and other weird food into Dine Out

Working on “supernatural” packs like Vampires and Realm of Magic

Creating silly sicknesses for pets and how quickly the Vet Office would get covered in drool and dirt.

There’s too many to mention them all and I look forward to seeing what comes next! Thank you to everyone at Maxis and to all our amazingly passionate and dedicated players. Sul sul! #BuildersGonnaBuild