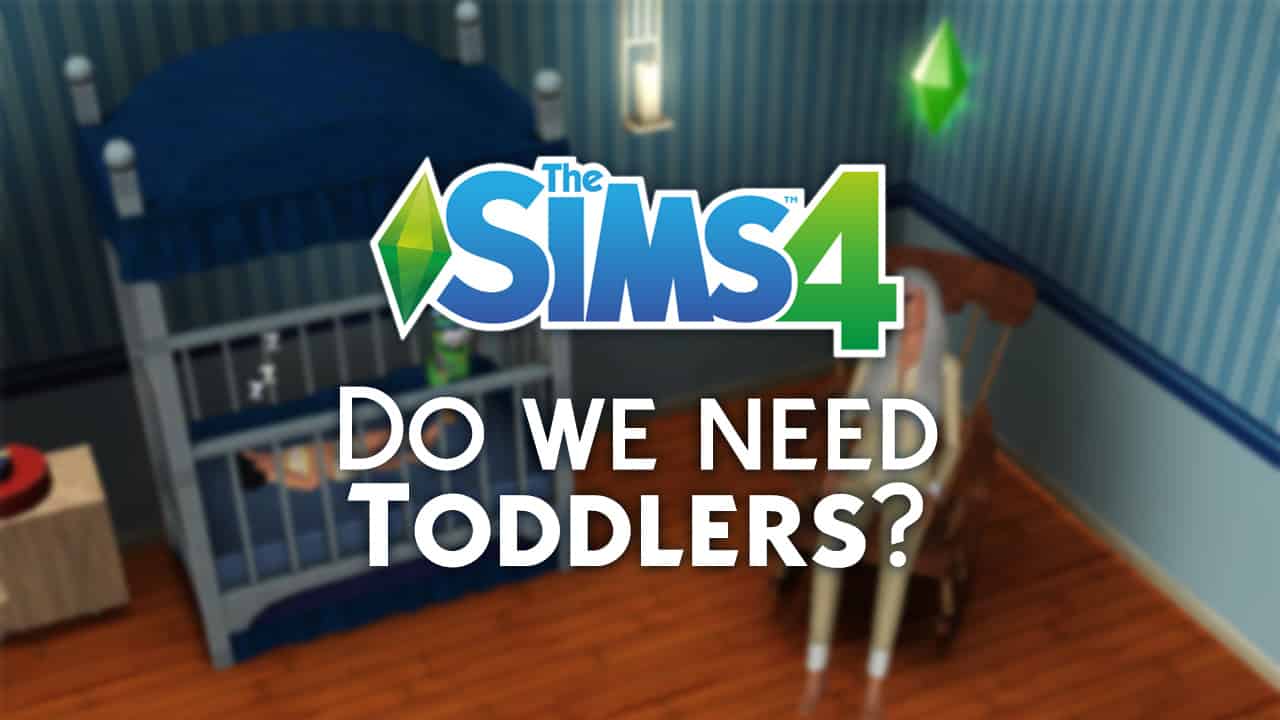 Ever since The Sims 4’s inception, the Simming community has been upset with the absence of toddlers in the life stages. Many were simply outraged at the fact a whole part of a Sim’s upbringing was missing, but do we really need it? Since I only began playing the Sims in the third generation, I can only base my experience and opinions on the past 2 generations.

I would like to refer to myself as an expert in creating legacy families. If anyone has ever watched me play the Sims, they would quickly say I have mastered the art of woohoo and baby making. In my 3 years of playing the game, I have learned how useless both the baby and toddler stages were to me. The whole point of the series is to “Play with life” which includes having children, growing into adulthood, and repeating the process with every new generation. Of course to start a new generation, you need to have a baby. As much as I didn’t like them, they were definitely necessary in the circle of life, so this stage can certainly not be avoided, unless you’re only starting families through adoption. Once the babies have outgrown their bassinets, the terrible two’s begin, and I mean terrible. In the Sims 3, my toddlers would constantly cry not just for their basic needs but for no reason at all. It was an exhausting experience for both me and my Sims. 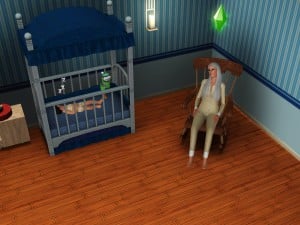 Before the Generations expansion pack (EP), just like infants, toddlers were not able to add much to the gameplay. They had very few social interactions they could use before the EP release. Once the Generations EP was added into the mix, the toddlers were still very limited in what they could do at that life stage. Every other stage, including the equally forgotten elder stage, got a revamp of their social interactions. School suddenly became very interesting for both elementary and high school kids. Weddings had more excitement with bachelor/ette parties, and elders were able to reminisce about the good old days of it all. After the addition of other EP’s, like Seasons, the toddlers were able to only do slightly more but only in conjunction with an adult. One example of this allowed adults to play with toddlers in the ocean. 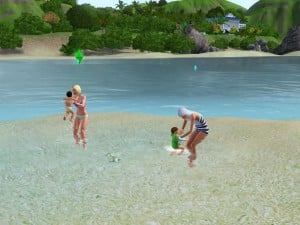 As a player who loves to get the most out of every stage in life, I feel as though the infants and toddlers always got the least amount of time during game development. The highlight of the toddler stage was the ability to teach them how to speak, how to walk, and how to use the potty. This milestone was the same for every toddler and did not vary no matter the change in personality traits. It didn’t add to what I saw the Sims could be, a place where no one story can match another. Later on I discovered toddlers had the same results with toys. I purchased the “Tiny Prodigies Early Learning” set from the Sims 3 store and quickly found out that all it did was speed up the highlights of being a toddler. The premium content, “Local Motion Toddler Walker” and “Head Start Playpen”, simply allowed the toddlers to learn to speak and walk on their own. 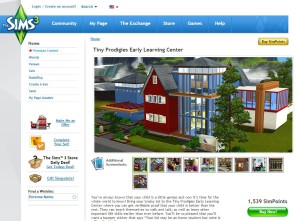 It was very heartbreaking to come to terms with the fact my toddlers were virtually useless. My toddlers couldn’t play with one another unless in the “Head Start Playpen”. Even when they were able to talk to one another, toddlers couldn’t build relationships with each other. This took a huge toll on the stories many Simmers tried to create, since many sincerely wanted some Sims to be friends since early childhood. That idea also eliminated the possibility of sending them to preschool to learn the basics of a specific skill. (Toddlers could play with blocks or a xylophone to increase skills, but it was never made clear which skills they would attribute to and the amount of what they learned played a huge part in whether they received any credit at all towards their skill building as a child.)

In the end, I wasn’t able to raise my toddlers to be mischievous, friendly, or insane if I wanted to. It almost felt like I didn’t have any control over my babies or toddlers. This trend seemed to continue once the fourth generation of Sims was released. Infants were now placed in very basic bassinets and could not be removed from them. Of course this helped in the ceasing of babies being left on the floor in the Sims 3. Now that the infants are more attached to the crib, it’s almost as if they are being treated like objects the children and adults can use from time to time. It was a very nice touch to add breast feeding as an interaction, but almost all of the other options for a baby are repeated choices from the Sims 3. Seeing how in the Sims 4 infants already have limited mobility and gameplay options, it seems as if the studio agrees that a toddler stage is somewhat redundant. There aren’t many possible outcomes your infant or toddler could have once the stage is complete which only means the studio feels it is more reasonable to spend time on the stages Simmers play with the most, child-elder. Since this decision is permenant, I’m ok with not having toddlers. It was a stage of life that wasn’t going to offer much in gameplay and story telling. If toddlers were ever somehow able to join the game, I would like so much more from that stage. Comment below on what things you would’ve liked your toddler Sims to do.

My name is Queen Panda. I've been absolutely hooked on the Sims since the 3rd generation release and since then, I've become such a devoted fan that I even won the Sims Creativity contest during the University Life EP was released. It was amazing visiting the studio and the team behind this magic. To learn more about my Sims, their adventures, and my thoughts, you can follow me on Twitter (@queenpanda4811) and Twitch (www.twitch.tv/queenpanda4811)