There are so many different opportunities to work in gaming all over the world.

When you love something, you find a way to make time for it. For Brian Parker, that something has always been video games.

Before joining the industry, the designer for The Sims FreePlay used to stay up late making Flash games for fun.

“I’ve always loved puzzles, and viewed the mix of design and scripting as a new challenge,” he says. “It was pure joy to see all the pieces come together.”

Parker’s first role in gaming included a lot of questions and plenty of learning, but over time he began to lead teams tasked with focusing on specific features.

“The game industry is very fluid,” says Parker. “On some projects you may lead, then on others you may support.” 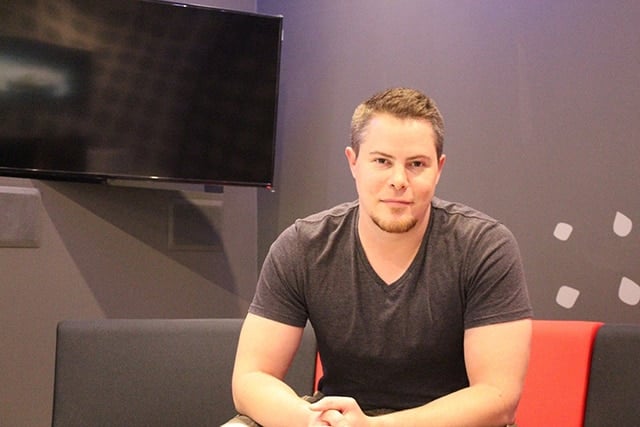 Today on The Sims FreePlay, Parker mostly handles the design of specific features which fit into a larger vision for the game. Parker has been working on the title since November 2014.

“As part of the design team, we all wear many hats,” he says. “The team is lucky to have an active community that are both passionate and creative – this motivates and challenges us to continue to deliver the experiences that our players will enjoy.”

For the team’s latest content update, players can create a new beautiful sanctuary, complete with everything a Sim needs to soothe their senses. Sims can now get massages and manicures, meditate by the water, sit in the sauna, or hang out by the hot springs.

The team worked for approximately four months on the Day Spa update. “Our goal was to deliver an experience that players will enjoy by themselves, but also as a community as they strive to win new prizes together,” he says.

Parker’s team at the Firemonkeys studio in Australia includes people from all over the world.

“The team is perhaps the most diverse that I have worked with so far,” says Parker. There are a handful of Americans and also professionals from Asia, Europe, South America, India, Canada and more.

To make sure that players were happy with the content in the Day Spa community update, the global team focused on feedback. “The relationship between video game developers and their players has evolved tremendously over the last decade,” says Parker.

For a mobile title that has been alive for four years, the challenge for the team is to keep evolving the experience in The Sims FreePlay.

“We are constantly thinking about the player and how we can improve their experience, and this is always a welcomed challenge,” says Parker. “We want every update to be better than the last!”