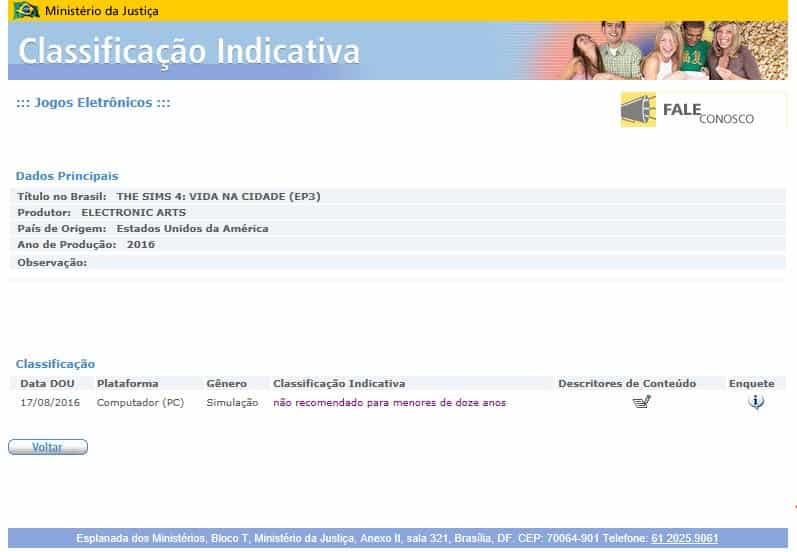 UPDATE #2: Things have gotten pretty legal over this leak. Apparently, Sony DADC/Warner (EA distributors in Brazil) have requested the brazilian rating board to hide the Expansion Pack 3 listing from their website. The document down below is the proof: 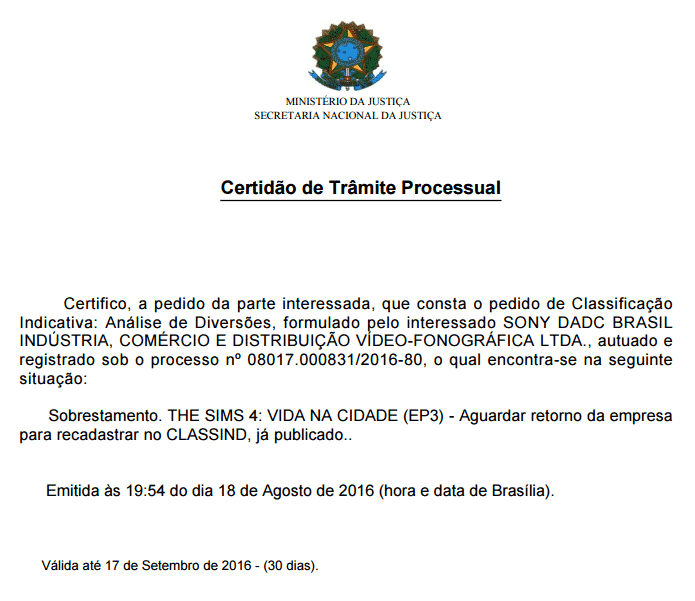 According to the document above, EA has 30 days (until September 17th) to decide a new date to publish this listing or else the brazilian rating board has all the rights to publish it without their permission.

Also, it was found out that the rating was sent for approval on August 10th:

UPDATE: The listing has been removed from the site mentioned below.

O Sim BR found the listing of The Sims 4 ”Vida na Cidade” which roughly translates to ”City Life”. The site which leaked this information is the official website for video game rating in Brazil. We checked if this listing is real and it sure is still there!

The site also states that City Life was produced in 2016! 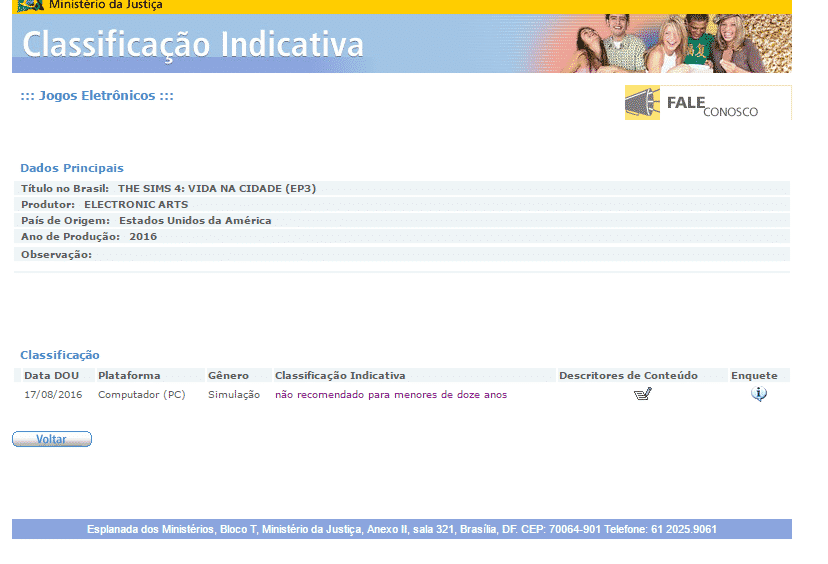 If you remember, back in August 2015 we had a survey which listed several Expansion Pack ideas. One of them was Metropolis that had the following description:

Move into a bustling, modern city! Live in new apartments and penthouses eat food at carts and shop at street markets and immerse your sims in the different cultures of the city by exploring the many diverse neighbourhoods.

It could be very possible that The Sims 4 Backyard Stuff was hinting at the upcoming Expansion Pack with the following CAS assets: