Please note: this is an opinon article written by our guest author NightSimmer. It states his opinions about the packs listed down below and does not reflect the overall thoughts and opinions of the community.

The Sims, a series that has many iterations over the last decades, has not only several sequels to the original life simulator but a plethora of DLC to accompany each addition to the franchise. While the series has seen many incredible additions to the game, it has also seen some pretty terrible ones. Here is a list of the Top 10 Worst DLC released!

Let me begin by saying this pack is, by no means, terrible. The reason why I’m placing it on this list is because I personally don’t care for cars. Most of the use I got out of this pack comes from the furniture which I’ve repurposed as furniture for kids’ rooms. However I can see the appeal for car lovers because there are a variety of vehicles available. Unfortunately there isn’t exactly a point to this pack because any car you can possibly want is available in the form of Custom Content (which is free).

In retrospect, I definitely took this pack for granted. Who would’ve thought that years later cars would be an obsolete concept in The Sims 4 while its older cousin, The Sims 3, would have an entire stuff pack dedicated to it. 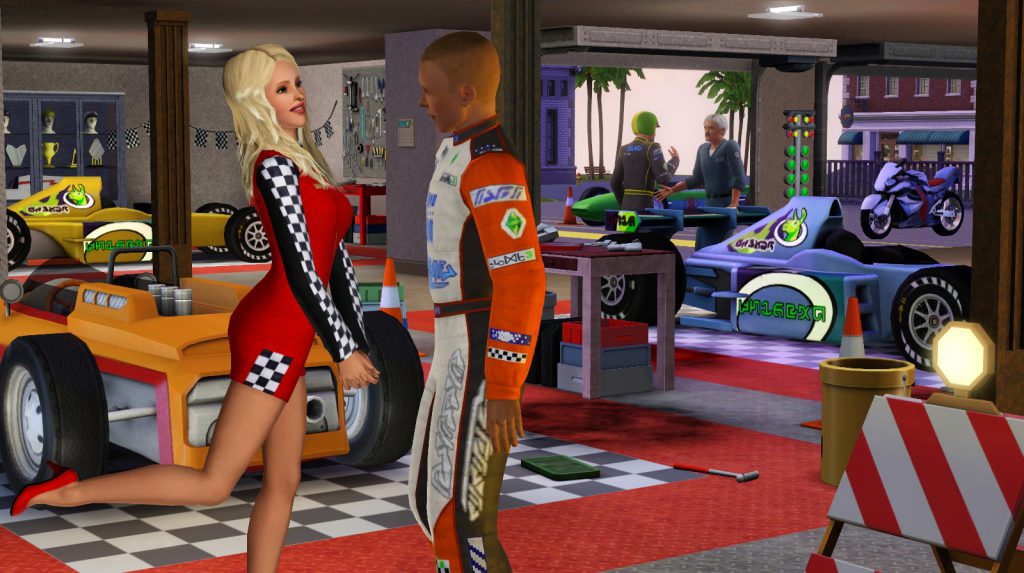 I’d be lying if I said I didn’t feel bad putting any Sims 1 DLC on this list solely on the nostalgia factor but the truth is this pack started a very irritating trend in The Sims franchise that alone justifies its position. While many enjoy the inclusion of the supernatural and occult in the everyday lives of their Sims, I for one find it annoying. When I play The Sims I want to simulate life – I want to simulate scenarios or events that are possible. Admittedly, supernatural-themed content is fun at first but the charm (no pun intended) disappears quickly. This pack feels gimmicky and in a lot of ways feels like a regression for the series. 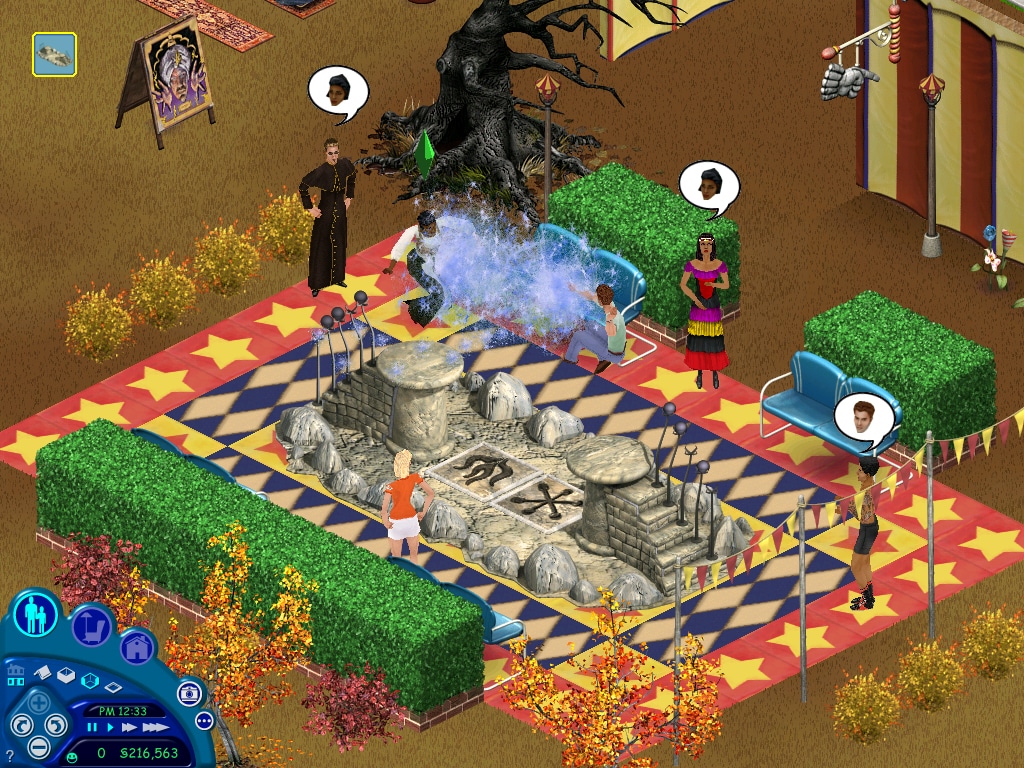 To enjoy this pack means one of three things: You’re either a very optimistic person, a fan of comics or simply a very creative person who can find a purpose for any object. However I feel as though if you fall outside of those realms you will not enjoy this pack. When this was announced as the final stuff pack for The Sims 3 I was confused. Out of all the directions to choose to be The Sims 3’s “swan song” they chose… movie stuff? It’s a questionable decision because this pack tries to do many things. It dabbles in broad movie genres such as Wild West, Horror and Action but overall it falls short because it never really commits to anything. Offering a few themed items tailored to those aesthetics is lame. The idea of “movies” is too vague of a concept to restrict it to a stuff pack. The “a little bit of everything” format can be an effective approach to creating content, but not for a theme as big as “movies”.

The CAS and Build/Buy items have the same problem as many of The Sims 3’s DLC additions; they’re all horribly gimmicky and generally just unneeded because they require a very specific context to fit into the everyday life of your Sims. As a final curtain call for The Sims 3 era, it’s truly disappointing. 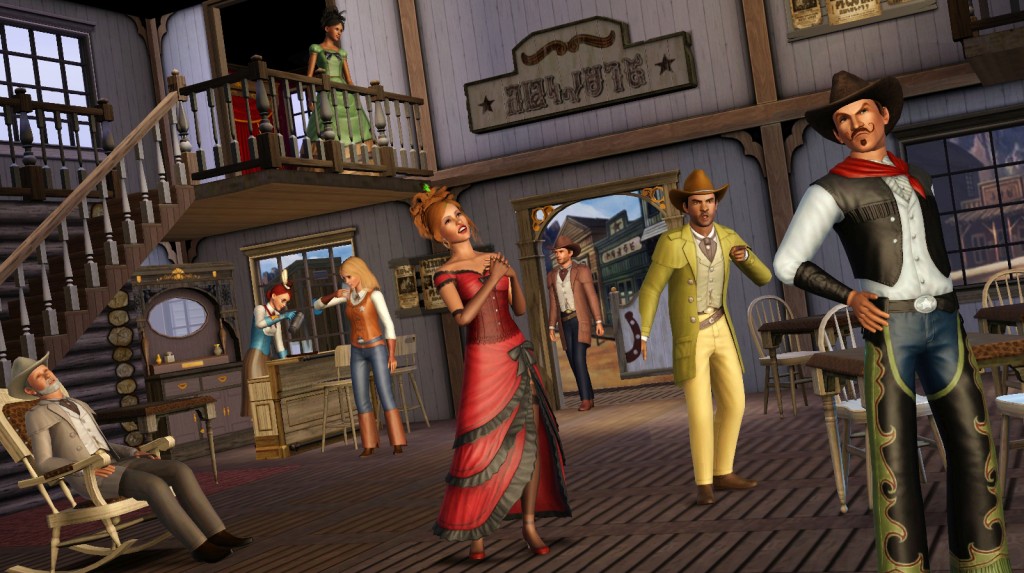 The Sims 4 Luxury Party Stuff is a pack that I initially enjoyed. I thought the inclusion of interactive objects, a few vibrant CAS items and uniquely designed Build/Buy objects were a sign of good things to come for The Sims 4. Looking back, I can’t help but see this pack as a red, flashing ALERT because it would mark the beginning an era in The Sims’ history characterized by horrible stuff packs. This is the first of many stuff packs in The Sims 4 which is why I initially praised it. However once the smoke cleared and I could see the items for what they really were, I brought into question the morality of The Sims team; how could you package together a collection of items so horribly tacky and charge real, human money for it? Granted, the price point of this pack is only 10$ but that doesn’t excuse the poor choices made.

Aside from one or two CAS items, everything else is virtually unusable because the items are tainted by weirdly textured “jewels” or wacky designs. There is a difference between luxury, high-end couture clothing and tacky pieces. The clothing is quirky, it’s flamboyant but one adjective you can’t use is luxurious. 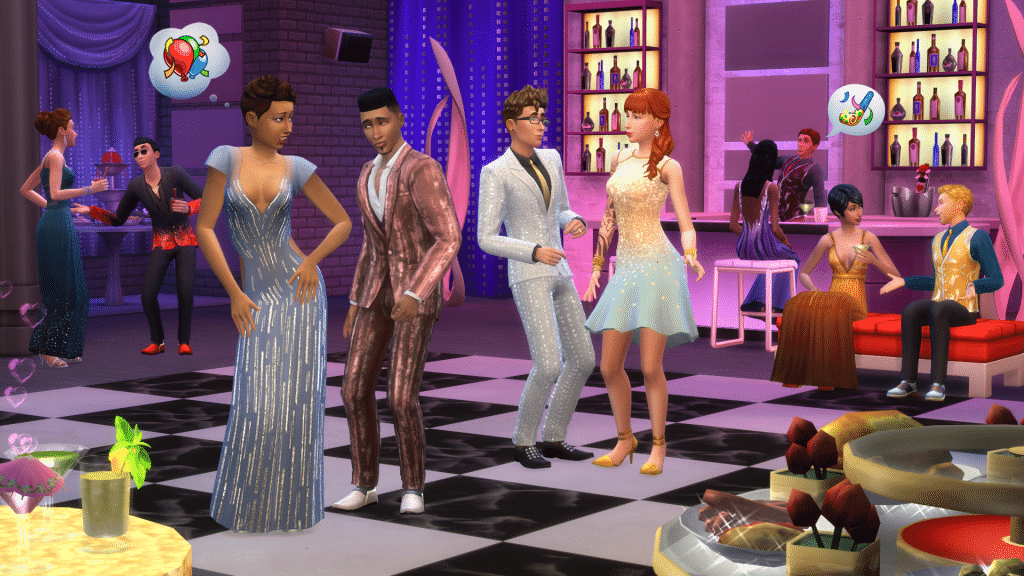 It’s amazing how when compiling a list of all the DLC available for The Sims, this pack didn’t enter my brain once until I checked on the Internet to verify that I covered everything. For this reason, this pack finds itself high up on the list. Unlike most on this list, it isn’t necessarily bad; its vague theme, exuberant amount of objects we already had iterations of in the game itself and overall restrictive “family” aesthetic keeps it from being anything other than meh. In other words, it screams “filler content”. Objectively speaking, people should not be paying for such an uninspired piece of content and, in retrospect, this pack serves as foreshadowing for The Sims 4 series (which is essentially a ton of filler stuff packs). It doesn’t take a risk and the series would not be shaped in any way by its absence. Additionally, when compared to the rest of The Sims 2 content which was stellar, charming and full of character it further supports the idea that this is a pack that should’ve been left on the drawing board. It really shouldn’t have ever seen the light of day. 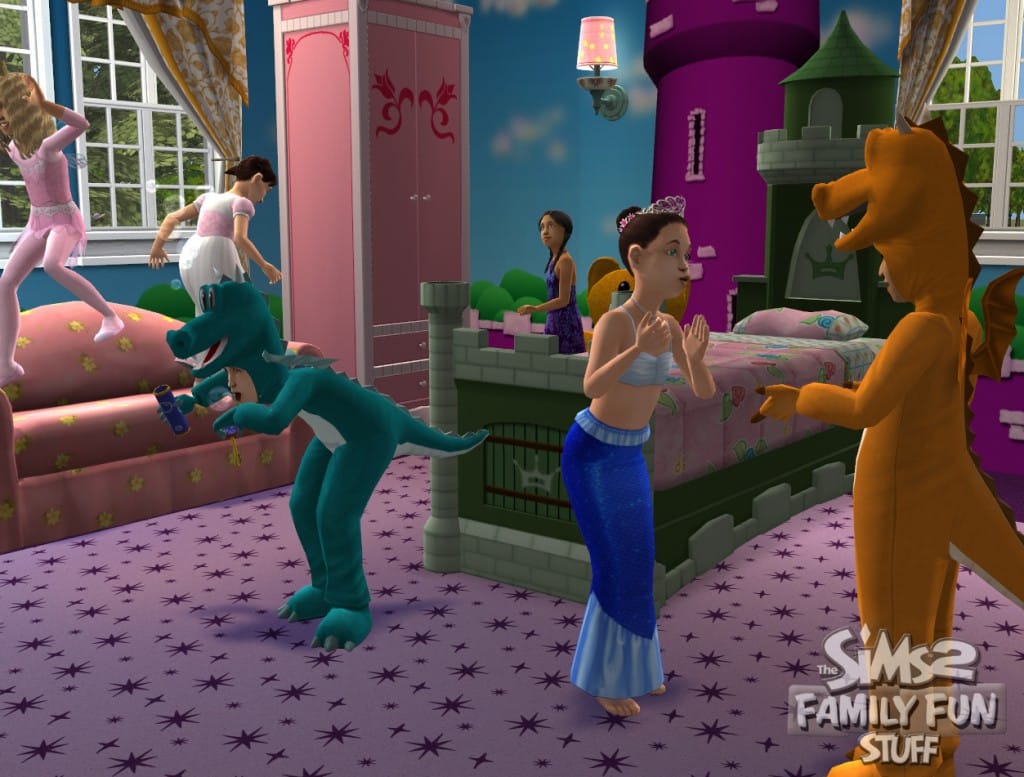