NOTE: This post is pure speculation and is not confirmed by EA.

Hello, The game is a product plan from EA, which they sent last week under the working name PETS. So far we do not know whether we hit the Czech name of DOMÁCÍ MAZLÍČCI (Home Pets) (it may be just MAZLÍČCI (Pets) or PSI & KOČKY (Dogs and Cats) ). The picture we have on the product is only illustrative.

However, when asked for information about the origin of the render, they replied with the following:

Documents for the mock-up come from google search, not sent to us by EA. We have withdrawn the product at the publisher’s request, will only be offered after the official announcement of the game.

The question remains: how were they able to find that render on Google if we did an extensive search on google and various sims forums before this render got viral and found NO results of this render, yet they were able to find it just like that and post it on their listing? Furthermore, why is no one able to track down the original creator of this state-of-the-art fanmade render? For now, this is just speculation, but we’ll see the final results and the resemblance once The Sims Team decides to officially announce this Pack…

UPDATE: SimGuruGraham tweeted a comment on this render, saying that it’s fake. Although it’s still fishy how the original creator / source of this render cannot be found, at least we now have a 2nd listing aiming at the November 9/10 release date.

One easy trick to spot a fake render… are the Sims wearing a bunch of old clothes? Then it’s fake! #scammershatehim

One of the most reliable Czech retail websites that sells video games (film.game.cz) has listed The Sims 4 Pets on their page. Along with the listing there is a box art which, although looks fanmade, is made with a render which seems more than real to me. I have no trustworthy information but it seems the retailer recreated the box art using the render they were provided with.

I did my duty as a news reporter and did a google and forums search of this render before it went viral. However, no results came up.

Even if the assets turn out to be fake (which we don’t know yet), the November 10 listing could very much be real as this isn’t the first time the release date has been leaked by a Czech retailer. 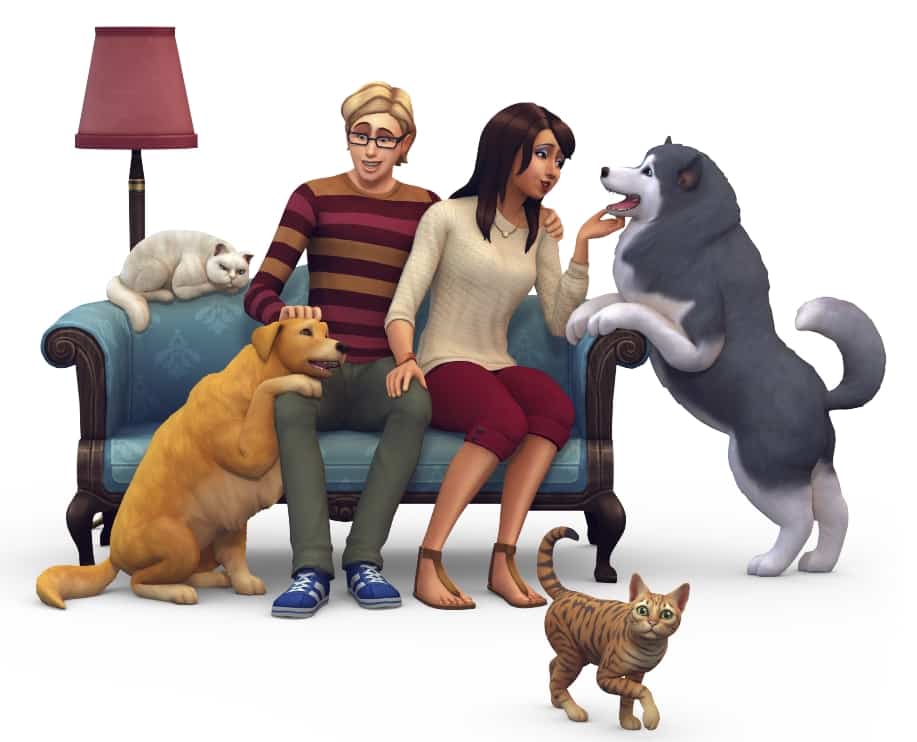 The retailer listed November 10th, 2017 as the release date of this Expansion Pack – similar to the first release date leak. 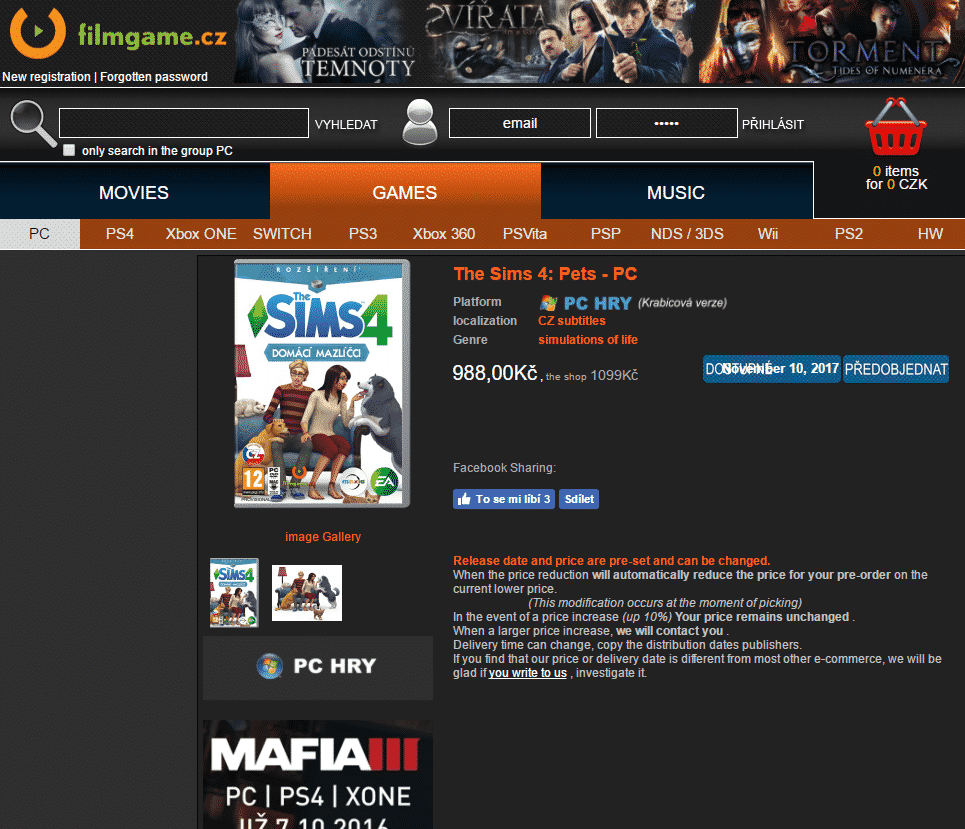 We’ll keep you updated as new information pop up. Stay tuned on our Pets Category for all the latest news!