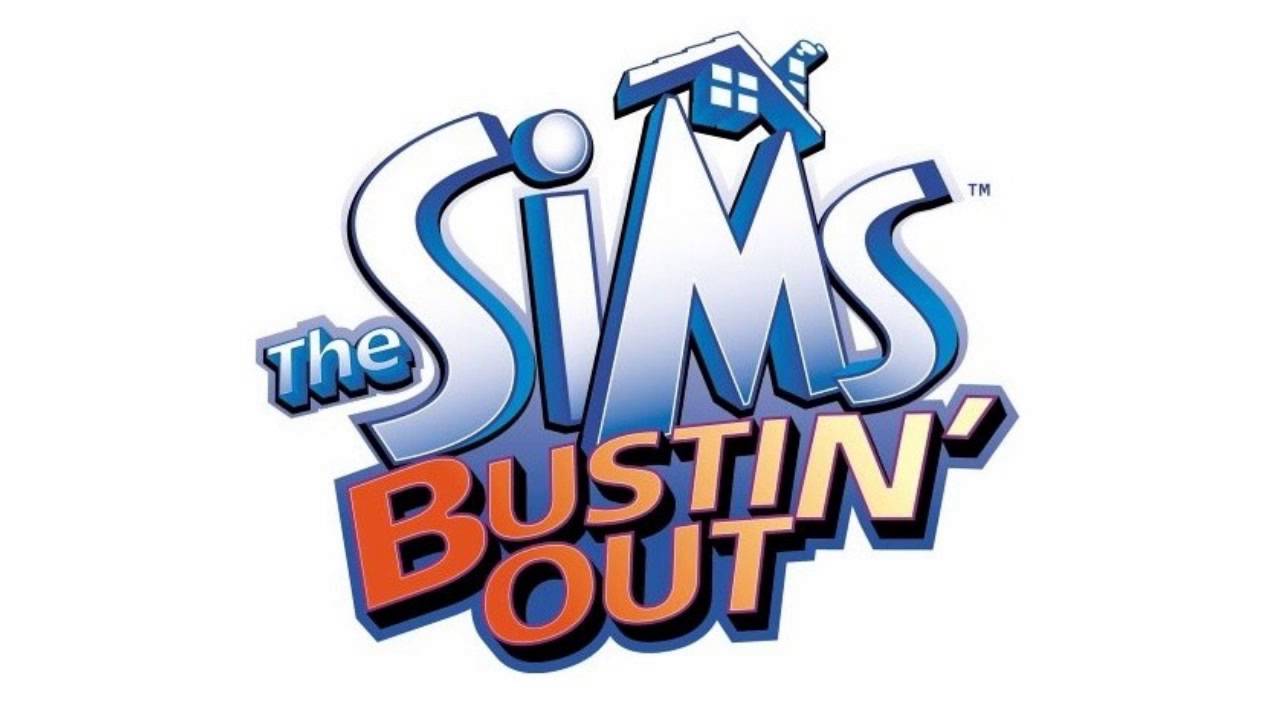 Nearly fourteen years ago back in December 2003 EA Games and Maxis released The Sims Bustin’ Out for PlayStation 2, Nintendo GameCube, Xbox, Game Boy Advance and the Nokia N-Gage. Recently I picked up a copy of The Sims Bustin’ Out on Game Boy Advance (as well as The Urbz Sims in the City) from eBay and decided to do another playthrough of the game.

Today we are going to take a look back at the GameBoy Advance version of The Sims Bustin’ Out so let’s start off by taking a quick look at one of the trailers for the game!

Fun Fact – The music in this trailer is a variation of the music found in The Sims Superstar trailer!

A Brief Overview of the Games

The console and handheld versions of the game had two different storylines.

For the console versions of the game your aim was to buy back as many of your fellow Sim’s possessions back from Malcom Landgrabb who had stolen them due to unpaid rent. Of course it was not that simple. You had to complete each career track to help buy back the posessions, become rich and then overthrow Malcom Landgrabb.

On the other hand the handheld versions of the game were very different. You arrive in SimValley for what you beleive is a summer holiday on Hayseed Farm. Your Uncle Hayseed puts you up in the barn and gives you some objects to get you started and also a job mowing lawns.

Of course there were still a few differences between the hand held version compared to The Sims 1 some of which are listed below.

To be able to progress through the game you need to complete a variety of task based missions. They are pretty straight forward and if you get a bit stuck there are prompts in the menu screen will help you. This isn’t the only way you can earn money though. You can also earn money through the mini-games.

Once you have completed all relevant tasks the player will be able to advance to the next part of the game.

How It Felt To Play The Game Again?

When I got the package in the post with my game I was excited. Not only did I manage to get a copy of The Sims Bustin’ Out but also a copy in a good condition box. Loading up the game for the first time in a good few years I was anxious as I didn’t know if that game cartridge was going to work or not which luckily it did. With knowing the cartridge worked perfectly I was ready to jump back into the game.

All the memories I had from playing the game originally came back to me and especially the ones from when I spent most of the Christmas school holidays playing The Sims Bustin’ Out as much as I could. Also that I wanted to complete the game before going back to school so none of my friends could potentially ruin the ending of the game for me.

Of course the graphics of the game are very different to games now but I think that all adds to the experience and it doesn’t bother me at all. It’s just great fun to sit down, relax and play The Sims Bustin’ Out again. The only real difference this time was I was playing using a Nintendo DS Lite and not a GameBoy Advance.

Would You Reccomend The Sims Bustin’ Out?

The simple answer is yes!

If you are a long time fan of The Sims franchise who hasn’t dived into the console/handheld side of the franchise yet. A new fan who is exploring and finding out more about the franchise or even if you have played The Sims Bustin’ Out before and just fancy revisiting the game.

The good thing is you can pick up The Sims Bustin’ Out on eBay at pretty reasonable prices. I paid £5 for my boxed version of the game although bids start from 0.01p!

The Sims Bustin’ Out for GameBoy Advance is a good game especially if you like gaming on the go. Despite the limitations the GameBoy Advance had I feel that the game works well for the console and even today it still runs well on a Nintendo DS Lite. I am planning on exploring the PlayStation 2/GameCube version of the game as well as other games from The Sims for console/handheld.

Let us know what you think of The Sims Bustin’ Out on Twitter or in the comments below and what your favourite memories of the game are.