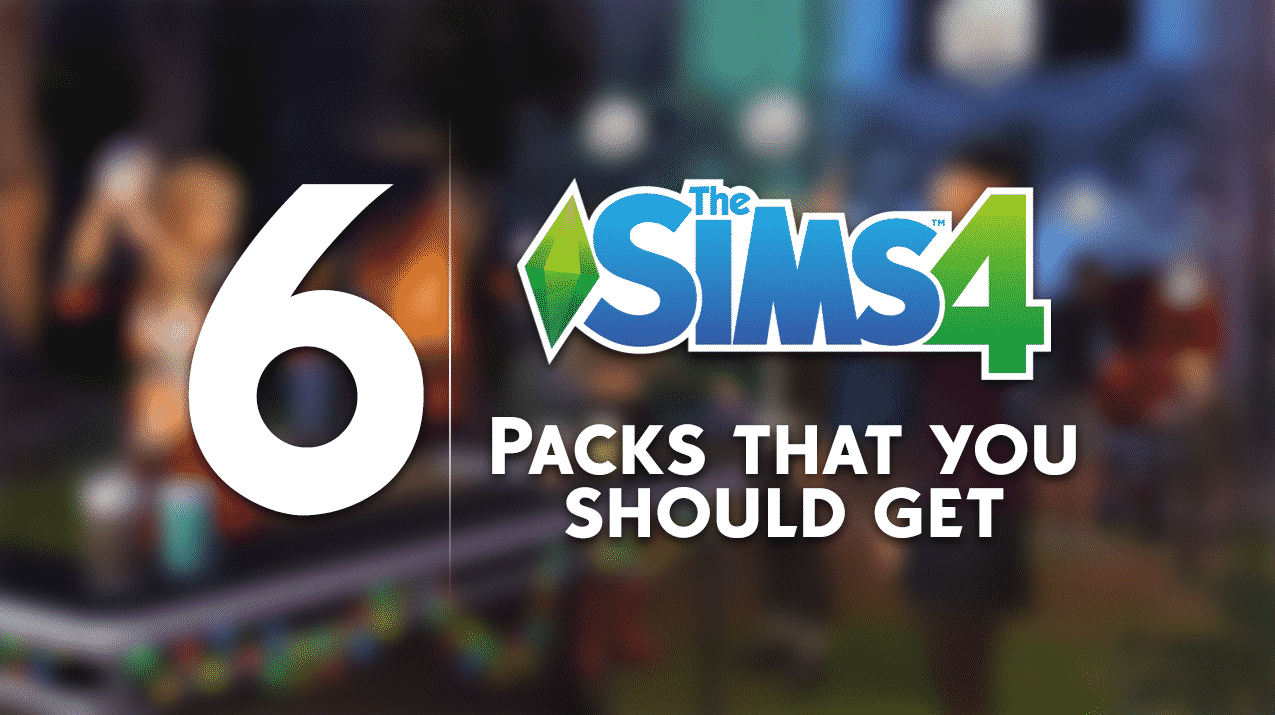 Don’t know which pack you should choose? Here’s my top picks for each pack type!

As you may have heard, Origin is having a HUGE sale right now where you can save up 50% on Expansion Packs, 25% on Game Packs and 20% on Stuff Packs (Fitness Stuff is an exception which is only 10% off). I’ve received many questions asking “Which pack do you recommend?” so I decided to write a quick article letting you know some of my top picks. Please note that everyone has their own taste in games so it’s perfectly fine if you don’t agree with my pick 🙂

My favorite Expansion Pack so far is definitely The Sims 4 Get Together. Not only does it bring the biggest world The Sims 4 has ever gotten but it also introduces a game-changing feature: Clubs. You can manipulate multiple Sims and go out on adventures that you define. Clubs are a perfect tool for storytelling and the best thing about them is that they’re enhanced each time a new pack is released (meaning that you can encourage Sims from your club to do an interaction that a certain pack has brought).

There are already 5 game packs for The Sims 4 so it came down to 2 of my favorite Game Packs: Dine Out and Parenthood.

On one hand we basically have a time-management “spin-off” for The Sims 4 where you get to create, visit and manage restaurants. It’s perfect for control freaks like me because you get to manage details like which recipes your restaurant will offer, who will work in your restaurant, what should your staff wear and many more options.

Parenthood delivers gameplay that we’ve been wanting since The Sims 4’s release – giving a lot more meaning to your Sim’s growing up. As a parent you get to discipline your young’uns and watch them develop into adults with positive (or negative) traits that they’ve earned during their growing up. There are plenty of interactions that you can explore that will influence your Sim’s character values which makes the pack so valuable.

It’s really hard to pick my favorite Stuff Pack because there are already 11 of them! Still, it came down to these 3 SPs: Kids Room, Backyard Stuff and Vintage Glamour.

Kids Room adds new objects and clothing that are focused just for kids! There’s also a ton of new gameplay (for a Stuff Pack at least) including the puppet theatre, Voidcritter battle station, voidcritter collectibles and a new TV channel.

Vintage Glamour stepped it up introducing a new NPC – the butler! The items and clothing bring a twist to all the modern objects we’ve already gotten used to. Along with the new NPC you get a vanity table and a globe bar.