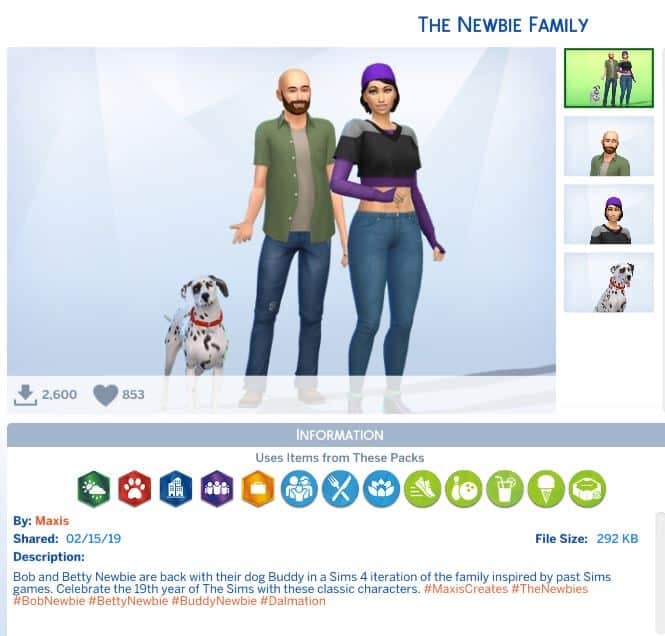 Remember Bob and Betty Newbie originally from The Sims 1? They’re known for being the first Sims that you play after choosing to play The Sims 1 Tutorial, hence the last name “Newbie”.

The Sims Team has decided to recreate this family in The Sims 4 in celebration of The Sims’ 19th Anniversary. Unlike the original version of The Newbie Family, this one has an extra addition – Buddy Newbie – a cute Dalmatian that you’ll be able to play with if you own The Sims 4 Cats & Dogs Expansion Pack.

There are several items that Bob and Betty are rocking from various Expansion, Game and Stuff Packs that you can check out in the image below.

SimGuruKate has issued a statement on Twitter saying that they have plans over the coming weeks (and months) to regularly add new official households to The Gallery – mostly the remakes from the previous games. Expect more news posts about the official remakes as new households surface!

Over the coming weeks and months we will regularly be uploading new official Maxis Sims to the Gallery, including some remakes of old favorites. This week it’s the Newbies from TS1!