So Sims 4 is nearing five years and the game is now free to get for the next few days, and to celebrate this occasion, I thought it was a perfect opportunity to follow up my first article by giving you rundown of the Top 10 Best Things About The Sims 4.

You can’t start appreciating The Sims 4 without giving a nod to all the side-activities and hobbies your sims can do. Even with its bare contents back in 2014, Sims 4 still came with a colourful selection of hobbies ranging from fishing, to gardening, to painting, to Rocketship building. When Sims 1 first came out, there wasn’t that much activities to do in just the base game, all you could really do is skill. Painting was really the only thing that was different since you could make extra simoleons out of it, but other than that, your sims pretty much just filled their needs every day.

With Sims 4, your sim can spend their spare time (especially with the introduction of weeks to the series) doing some hobbies.

One of my favourites is the Rocketship. Its ridiculousness is so endearing but it’s also an incredibly fun object. Your sim can go on adventures into outer space (choose-your-own-adventure style) and with Get To Work can even visit Sixam (which I’ve yet to do, but working on it slowly). It also reminds me a lot of the fixer-upper car from Sims 2 Freetime, because it is a slow process to get completed, and it provides a new spot for WooHoo.

But even the other hobbies like Gardening (which can yield you a nice Cowplant), Mischief and the Voodoo Doll, and even objects like the Microscope and Telescope (which are incredibly gigantic for some strange reason) are just fun side-activities that can enhance their digital lives, especially since a lot of these influence your sims emotions which was a key selling point of the game, but these hobbies also just add a little bit of flavour to your sims personalities if you’re the story-telling kind. 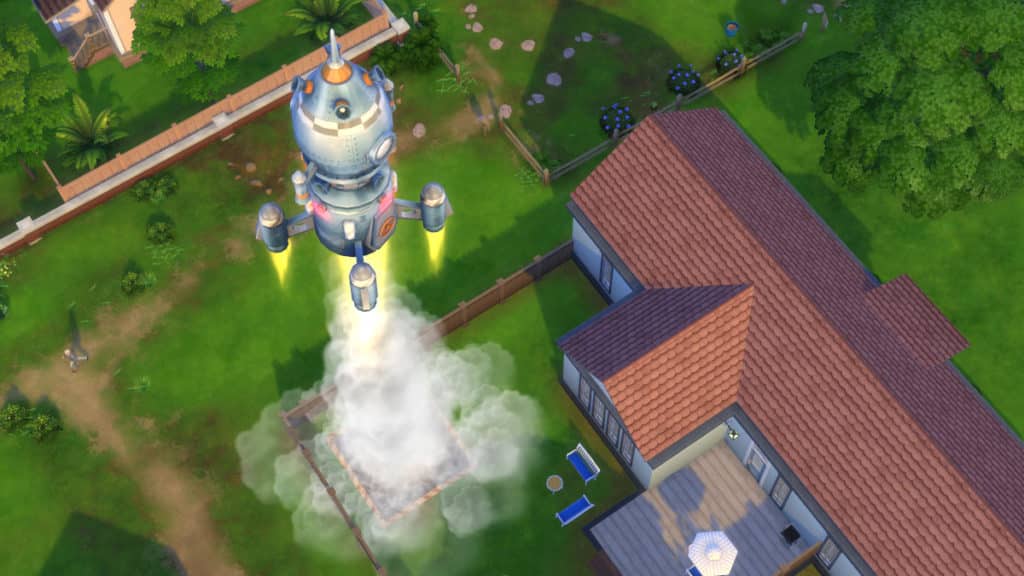 One of many beautiful things about the game is the attention to detail put into the many things, and it does require keen observation skills to notice them. From animations, to little gameplay features, to just the way a Sim will react to certain things, just injects so much more life to the game.

In Sims 4 Laundry Day Stuff Pack, your sims can get hampers to put their dirty clothes when they change outfits, this is one of those little automatic things where it just automatically puts clothes in the nearest hamper, but if your sim has the lazy trait, they will always just drop the pile under them, and it’s just like such a funny little detail. It not only enhances the way a Lazy sim acts, but it just brings some joy.

Other things include like the animations. I think one of my favorite things to do is just to watch sims cook. Low-level chefs just make some many funny fails like dropping an entire salt shaker into their food or drop glasses when mixing drinks. All of these were done by hand (as far as I recall) and none of it was done with mo-caps. And as someone who has a little background in animation I know just how hard and tasking it is to make these animations and bring them to life, and yet, these animations have made these sims feel so much more alive and real, as well as relatable.

It’s these little things in the game that make the game feel so much more, it’s an already complex game and to see our little sims have so much spirit in the way they move, act, and feel, gives them such depth that you would never really think of otherwise. 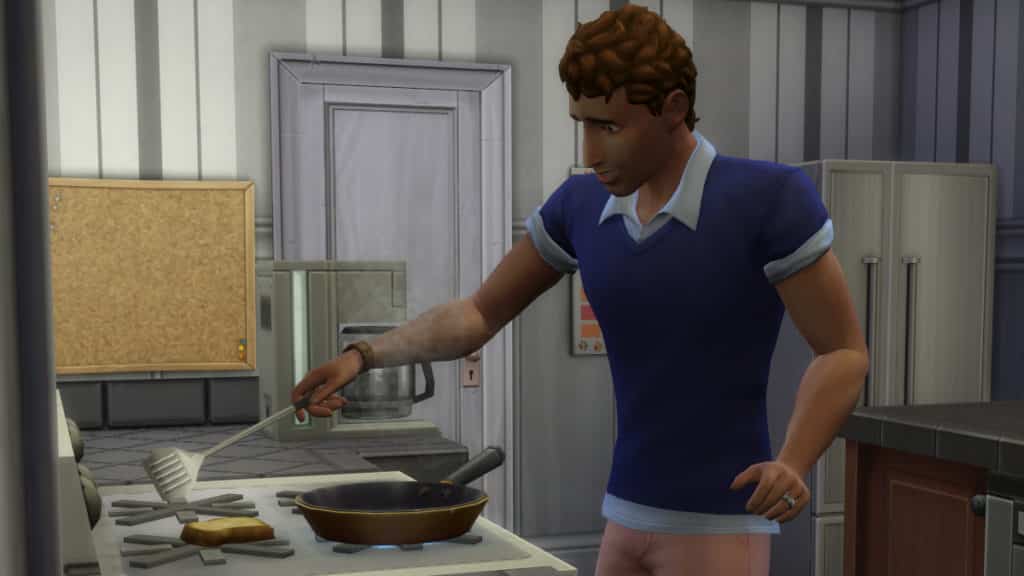 Any Sims game wouldn’t be a Sims game without all the amazing creations the community makes, from the beautiful and genius builds, to the unique and gorgeous Custom Content hair, objects, swatches, all the way to the modding community.

Honestly when Zerbu’s “Get To School” released my jaw literally dropped. The idea of having such a unique and innovative mod. I do not recall anything as big and functional as that mod in the previous instalments. It felt like an entire add-on to an expansion pack. An Expansion pack for an expansion pack you may say.

But I’ve just seen such a unique vast array of modifications to the game, people have built flying houses, underwater mansions, created new traits, new aspirations, and just gives the player the power to enhance their experience so much more. Want your bills cheaper? Get a tuning mod! Want crazy hair!? Get some Custom Content! Need your sims to look like creepy dolls? Get some replacement skins!

Anything you imagine is possible thanks to the creativity of the Sims community, and while I personally do not use Custom Content in Sims generally, I have seen many amazing mods, tunings and pieces that make me amazed at the creativity that ours from the people in the community.

With the Sims 4 initial release, the game was very much controversial as many expected features were missing, pools, toddlers and ghosts to name a few. And while many expected it to come eventually, many people were fearing the worst: these features were going to be trapped behind a paywall.

But that wasn’t true, and I think credit is due to the team for giving us these for free without any catches. Over the years the game has existed the team has graced us with several updates that added new features and over-hauled existing ones, and a lot of these weren’t things that was needed, but the team still gave us free stuff.

Things like the Freelancer career, the overhaul to the Gardening system, basements, and even the staples were all added for free for all players to enjoy and expand the already impressive toybox for the player. We even got short-time features like skill boosts weekends, and special challenges that unlocked unique objects and activities for your sims to do.

The Sims 3 nor The Sims 2 had this kind of update system, The Sims 3 did get some updates, but it was only during releases of Expansion Packs, and Sims 2 only added certain functionalities if you had the latest expansion pack installed.

I look forward to what the team has up their sleeves because there’s still so much we can see coming, there’s a huge list of features the fans want to see back in Sims 4 and I’m sure we’ll see many of these being eventually included, and many of them likely for free. The game is far from completed. 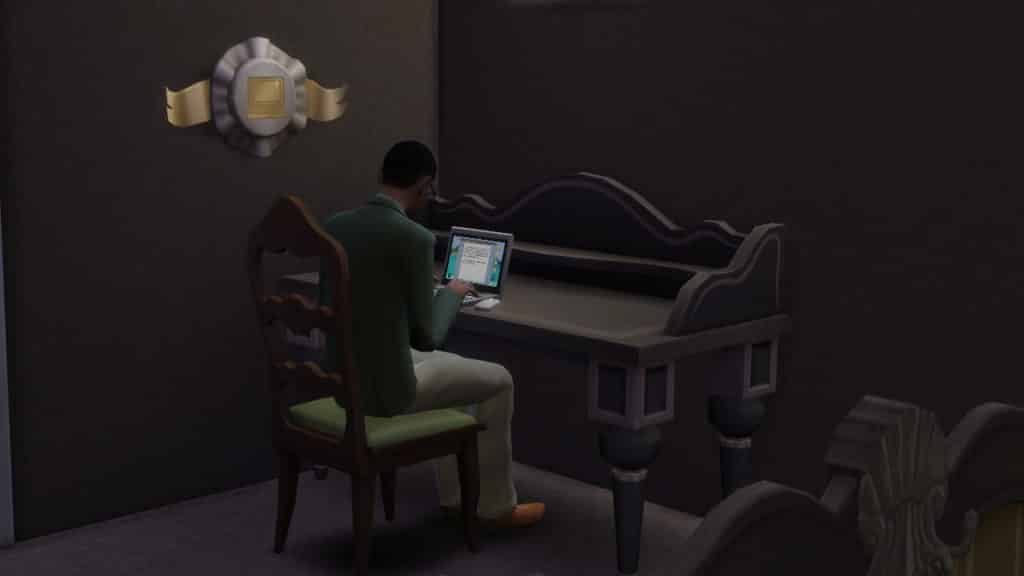 You can’t talk about what makes any Sims game great without mentioning what the game is just as famous for. The various Expansion Packs, Stuff Packs, and Sims 4’s new Game Packs, give the player the optional but valuable additions to the game. From making the worlds feel more real with Seasons, to enjoying a good night out in Dine Out, to infecting your sims with the deadly rabid rodent fever from My First Pet Stuff Pack (yes, I do like the pet cages, but I get why the controversy exist, it’s worth a read).

From Windenburg, to San Myshuno all the way to Selvadorada, there’s so much content to get that really expands the world of the Sims, and I have yet to play many of these packs! The game becomes so much more vibrant and colourful with the various activities your sims can do. Want to travel to a strange new world? Use the Rocketship to travel to Sixam (available in Get To Work), want your sim to become a saboteur and wreak havoc with your band of bandits? Create a club (available in Get Together). Want your sim to become a 5-star celebrity and be stalked by Bob Pancakes? Become an actor (available in Get Famous).

Each expansion pack, game pack and stuff pack enhance your game and fills up your catalogue of not only new objects, but things to do. And the best part? None of it is needed! Your game is just as fun without these packs, but believe me, once you become a simmer, it’s only time before you end up with the entire Sims collection. 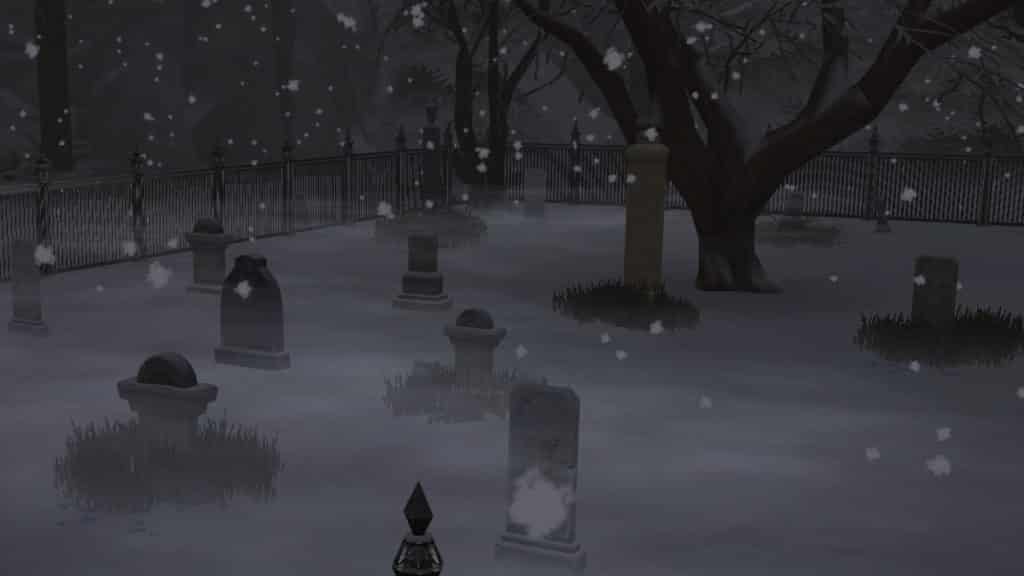