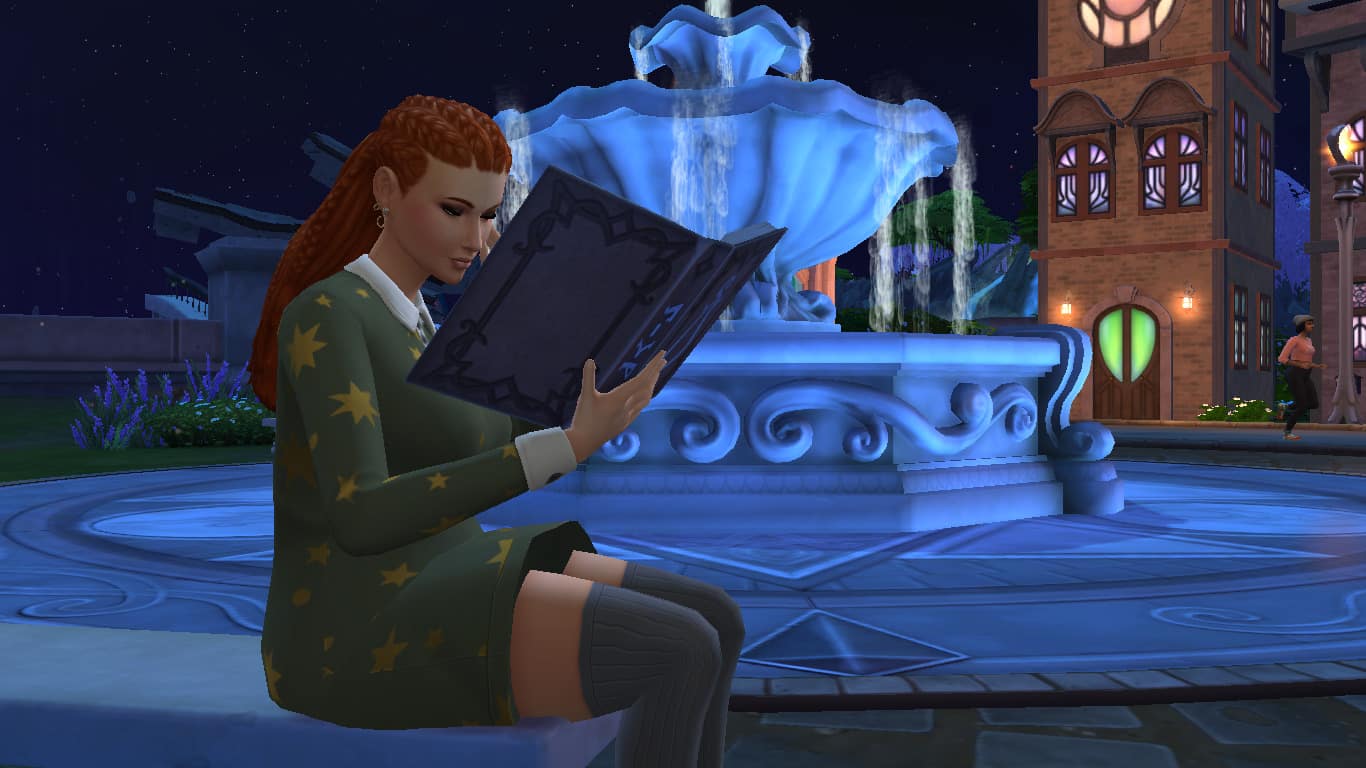 The Sims 4 Realm of Magic introduces a brand new occult type; Spellcaster. Much like the Vampires game pack, Realm of Magic focuses exclusively on only one occult type. Everything in the pack revolves around Spellcasters and their gameplay. There’s a lot to know about Spellcasters, so we’ve compiled the ultimate guide to help you navigate your Sim’s new life as a pupil of magic. 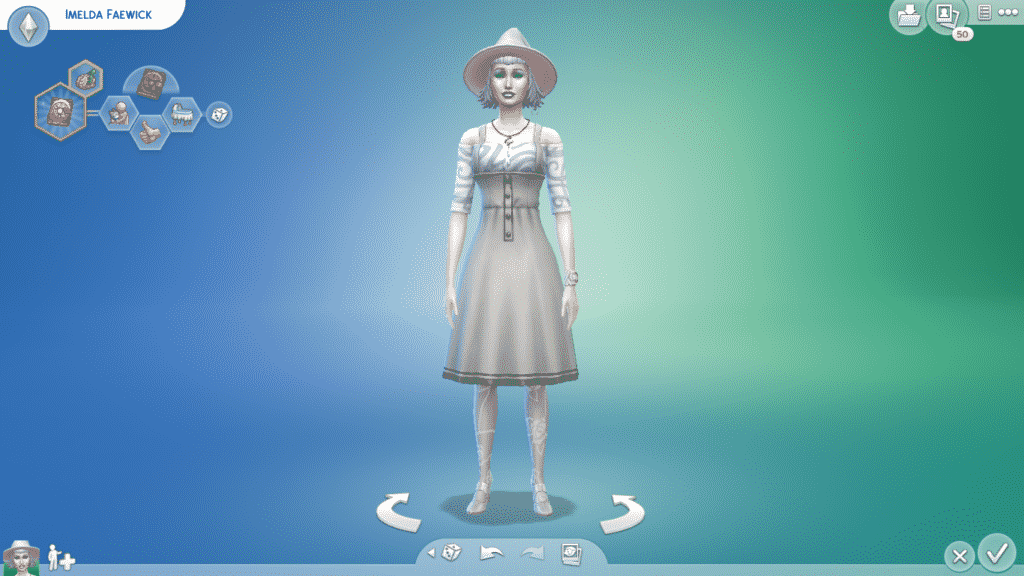 Physically, Spellcasters are a lot like regular Sims. They do not have a second form, making them the first occult life state in The Sims 4 to only have one form. Their “specialness” lies more in what they can do rather than their physical makeup.

Spellcasters age at the same rate as human Sims, but high ranking Spellcasters can gain access to magic that will prolong their lifespan or even make them immortal.

Sims of all ages can be Spellcasters, but young Spellcasters won’t be able to access their powers until they become teenagers. Children of Spellcasters have a special hidden trait, Magical Bloodline, that will give them boosts to their magical abilities when they’re older. This trait will strengthen over multiple generations of Spellcasters. High ranking Spellcasters will pass down stronger versions of this trait as well. 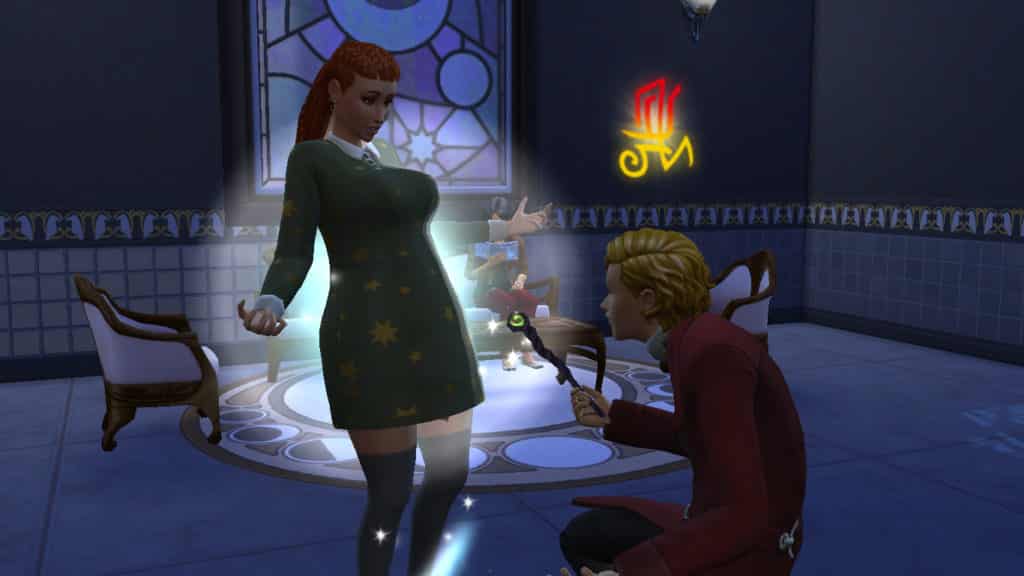 Spellcasters can be created directly in CAS, just like aliens, vampires, and mermaids, but human Sims can also become Spellcasters by having the Rite of Ascension performed on them by one of the three Sages.

To embark on this journey, have your Sim follow the dirt path alongside the creek in Glimmerbrook until they find the portal located at the top of the waterfall. Click on the portal to travel through it to The Magic Realm.

Once in The Magic Realm, talk to any one of the three Sages. If you are starting a fresh save, the Sages are:

The Sages do wander a bit, but most of the time, you can find them on the Magic HQ lot in The Magic Realm. Simeon is usually on the first floor of HQ. Morgyn can be found on the second floor, and L. likes to spend most of her time in the basement.

If you are not starting in a fresh save, there is a chance the Sages will be different. If a Sage dies or gets married, another Sim will fill their role. The Sages are easily recognisable. They have their magical discipline’s rune glowing above their heads.

Under Friendly socials, select Ask How to Use Magic. You will be asked if you are sure you want to embark on this path. Confirm and the Sage will grant you temporary Mote Sight, which lasts 8 in-game hours. You will be tasked with finding 7 motes around The Magic Realm to prove that you’re worthy of becoming a Spellcaster.

The motes are not difficult to find. They are large glowing orbs scattered all over the area. Once you grab seven of them, return them to the Sage. The Sage will then perform the Rite of Ascension on your Sim.

Congratulations! You are now officially a Spellcaster! 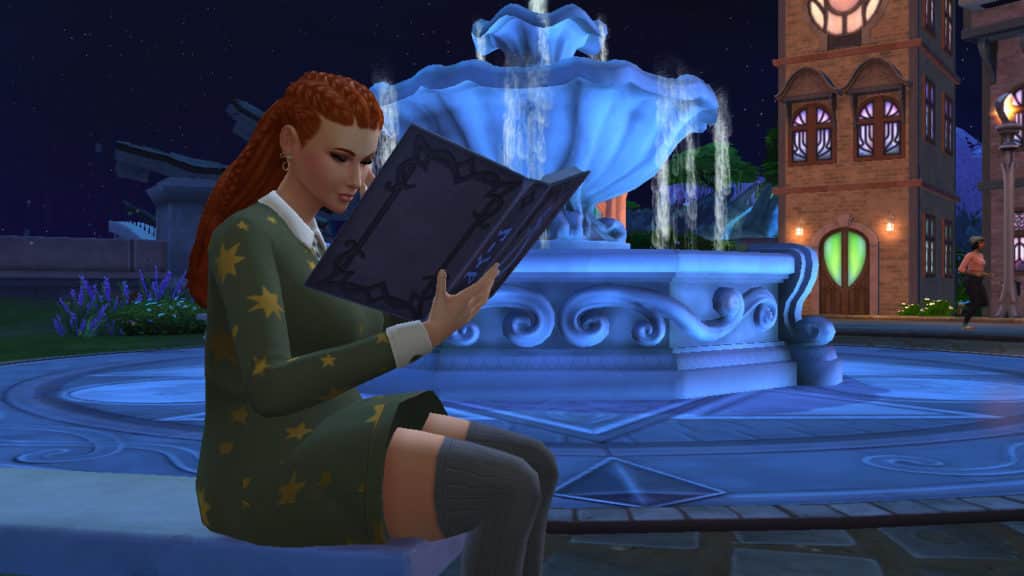 Just because you can use magic now, that doesn’t mean you are all-powerful. You start off as an Apprentice, knowing no spells or potions whatsoever. You’ll need to dedicate time to practicing your craft and learning new spells and potions in order to rise in the ranks.

New spells and potions can be learned in a number of different ways:

Your Spellcaster may find or purchase tomes for spells and potions of any rank, but will not be able to learn from them until they meet the rank requirement for that spell or potion. Almost any magical action will help increase your Spellcaster’s rank, so keep practicing, dueling, experimenting, and seeking out more powerful Spellcasters for instruction. 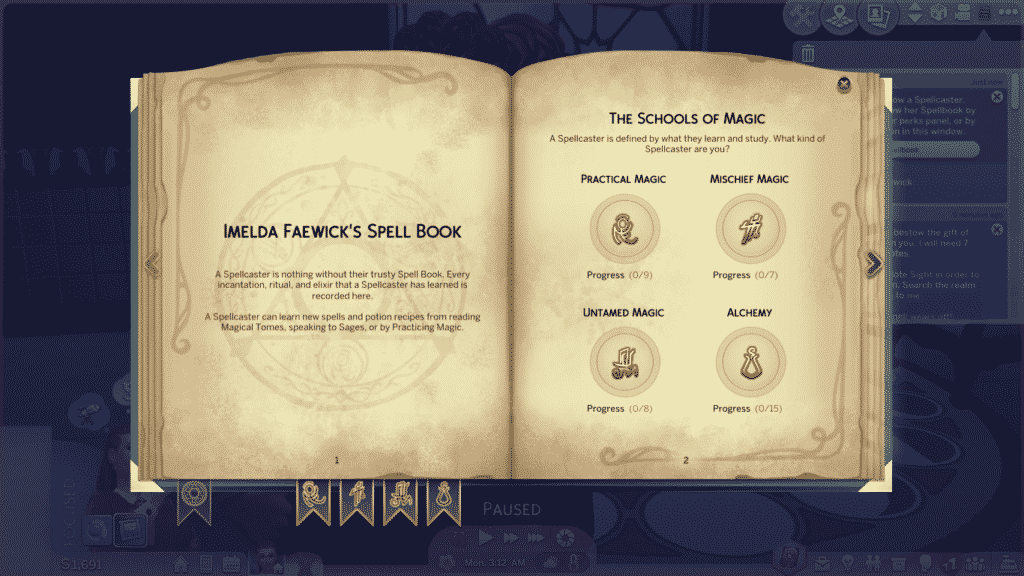 Every Spellcaster has their own spell book that keeps track of every spell and potion they’ve learned. The spell book splits all of these into the four schools of magic: Practical, Mischief, Untamed, and Alchemy. You will be able to see your Spellcaster’s progress in each school of magic whenever you open the spell book.

Clicking on any school of magic, either on the progress page or in the tabs below, will list all the spells your Sim currently knows within that school of magic. In the Alchemy section, you will be able to see the required ingredients for every potion your Sim has learned how to brew.

Your Spellcaster will never lose track of what they know or how to brew a potion they’ve discovered with their trusty spell book on hand. Refer to it whenever you need to look up potion ingredients or refresh your memory about what a specific spell does. 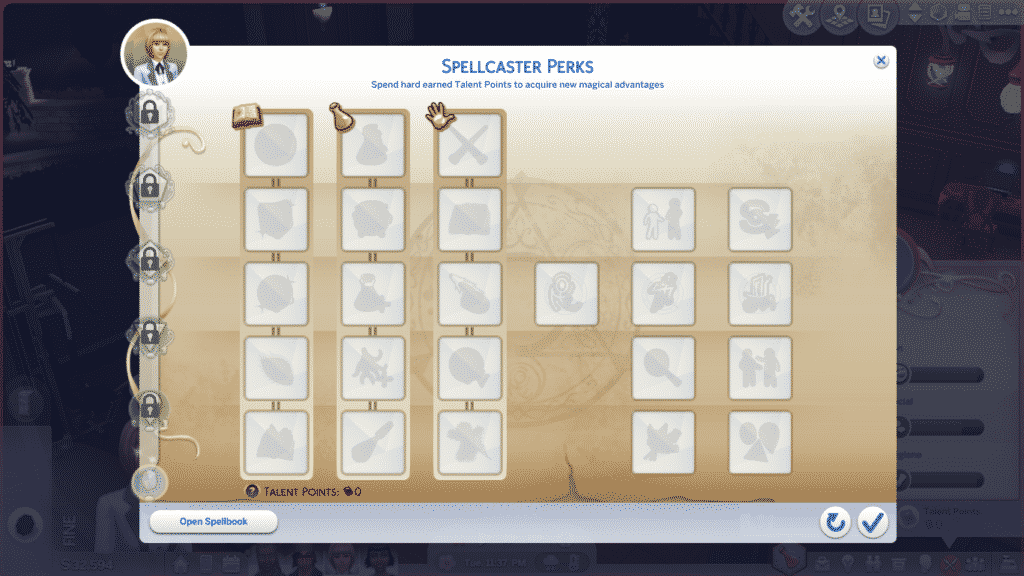 Just like vampires, Spellcasters also have their own skill tree. Your Spellcaster won’t be able to purchase any perks as an Apprentice, but as they level up in rank, they’ll earn Spellcaster points that they can exchange for new perks that will give them added magical benefits.

Your Spellcaster can select perks that will aid them in one school of magic to further define their specialty, or they can spread their points across multiple categories to be a more well-rounded Spellcaster.

The first three columns must have their perks purchased in order from the bottom to the top, but the perks on the right side of the skill tree may be purchased in any order you like, provided your Spellcaster is at a high enough rank to purchase them.

The Four Schools of Magic 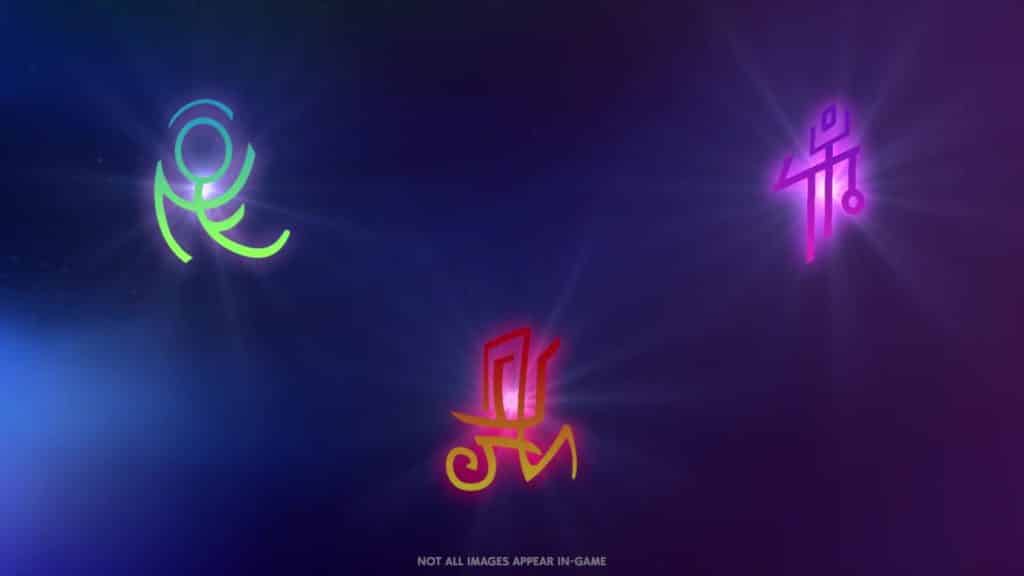 There are four disciplines (or schools) of magic that every spell and potion falls into. Your Spellcaster can specialise in one school, or master all four of them. Spellcasters are never locked into one school of magic. It’s entirely up to the player to decide which magical disciplines to focus on.

School of Practical Magic: This branch of magic is dedicated to making everyday mundane tasks easier. Why cook when you can conjure a delicious meal out of thin air? Why clean when you can just wave your wand and make your house spotless? Why walk places when you can teleport there instantly? Household chores and gardening become a thing of the past when you’re well-versed in the art of Practical Magic.

School of Untamed Magic: This branch of magic is unstable and unpredictable. It is easily the most powerful of all the schools of magic, but it is also the most dangerous. With great power comes great responsibility. This school of magic focuses primarily on powerful elemental magic and is perfect for the ambitious Spellcaster who wants the power of the cosmos at their fingertips.

School of Alchemy: Potion brewers rejoice! There is a school of magic for you! This branch of magic has no foolish wand-waving or silly incantations in its class. Masters of alchemy must collect ingredients to brew up potent potions that have the power to do both great harm and great good. It’s useful for every Spellcaster to have a good grasp of the art of Alchemy as well. The best alchemists can even unlock the secret of immortality.

Rising in the Ranks 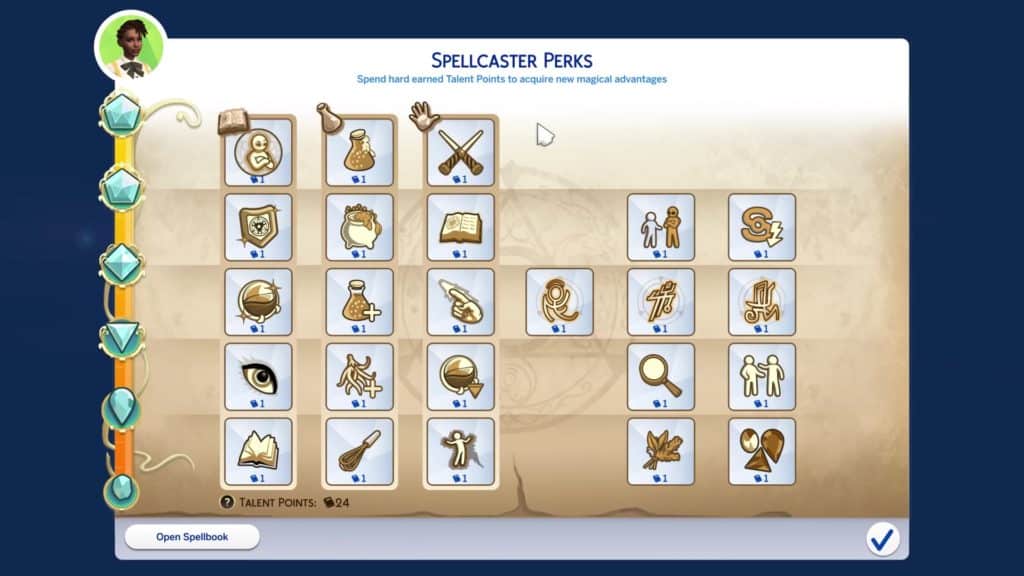 There are six levels of Spellcaster:

Apprentice: Spellcasters of this rank are brand new to the craft and don’t know any spells or potions, yet. They also don’t have access to any Spellcaster perks in the skill tree. Learning a few basic spells and simple potions should help you on your way to becoming a Neophyte.

Neophyte: Neophytes have graduated from their apprenticeship and are granted access to their first Spellcaster perk. This is when Spellcasters can start to decide what school of magic they’d like to specialise in (if any). They can learn a few slightly more advanced spells and potions.

Acolyte: Acolytes have proven themselves capable Spellcasters and have access to more specialised perks. They can start learning more advanced spells and potions now.

Adept: Adept Spellcasters are accomplished wielders of magic and have extensive experience. They have access to better perks and can truly begin to unlock their full potential by learning more powerful spells and potions.

Master: Master Spellcasters harness a great deal of power. They have access to some of the top tier perks and can learn the most advanced spells and potions. Masters are a force to be reckoned with and should not be challenged lightly!

Virtuoso: This is the highest rank of Spellcaster. These Spellcasters can approach the Sages and ask to be taught the most powerful and ancient of spells within each school of magic. Their knowledge and abilities are nearly limitless. They are on equal footing with the Sages.

The Dangers of Being a Spellcaster 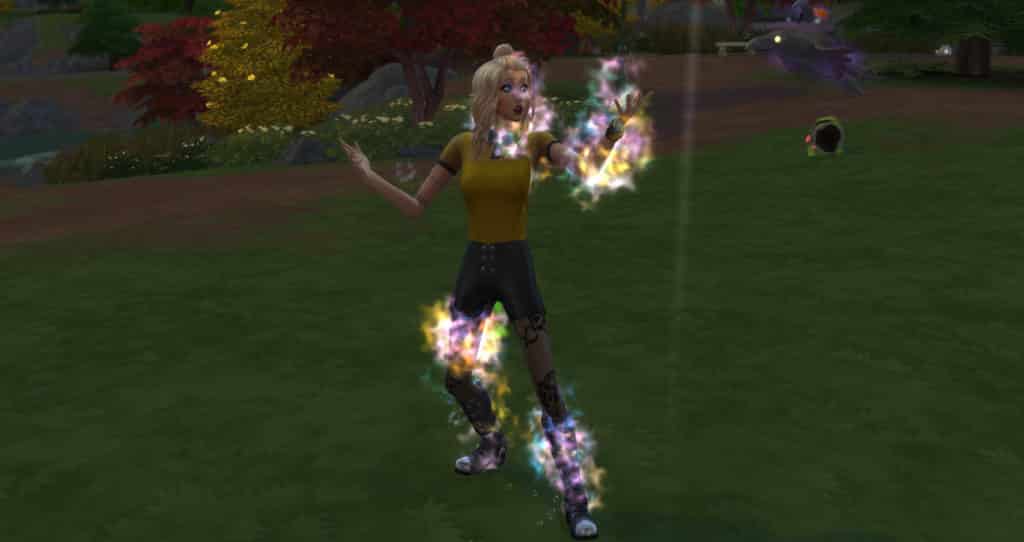 Being a Spellcaster is exhilarating, but it can also be dangerous. There are numerous risks Spellcasters must face when practicing their craft. Spells can backfire, potions can have unwanted effects, and your Spellcaster can be afflicted with curses. Spellcasters who get too carried away and let their power go to their heads can even die.

Sims can be afflicted with a random curse whenever a spell or potion of theirs fails. There are a total of ten curses. A Spellcaster can have up to three curses at a single time. Curses do not go away over time. They will stay with your Spellcaster forever unless gotten rid of via a spell or potion. Spellcasters cannot cast curses on other Sims. They only happen from failed spellcraft. You’ll want to remove curses as fast as possible because they can make life very difficult for your Spellcaster.

All Spellcasters have a charge, represented by a large opalescent orb at the top of their motives panel. The default charge is Normal, meaning there are no modifiers added to spellcasting either way. The more spells your Spellcaster casts, the more charge they build up. Building up your Spellcaster’s charge offers benefits to your Spellcaster, but too much of a good thing can become dangerous.

Continuing to build your charge past a certain point will start to become detrimental to your Spellcaster. The chance of failure increases. If your Spellcaster does not heed this warning and continues to cast spells before the charge orb returns to normal, they can become Overcharged. Overcharged Spellcasters are in deadly territory. Spells they cast while Overcharged have the potential to kill your Spellcaster!

It’s not all bad, though. Spellcasters who die by Overcharge become immune to this death type and can never die this way again. Your Spellcaster also has a variety of things at their disposal to help them avoid this fatal overcharge. Perks, familiars, and having one of the magical bloodline traits can all contribute to protecting your Sim from Death by Overcharge. There are also spells and potions that can revive a dead Sim, bringing your Spellcaster back from this death type.