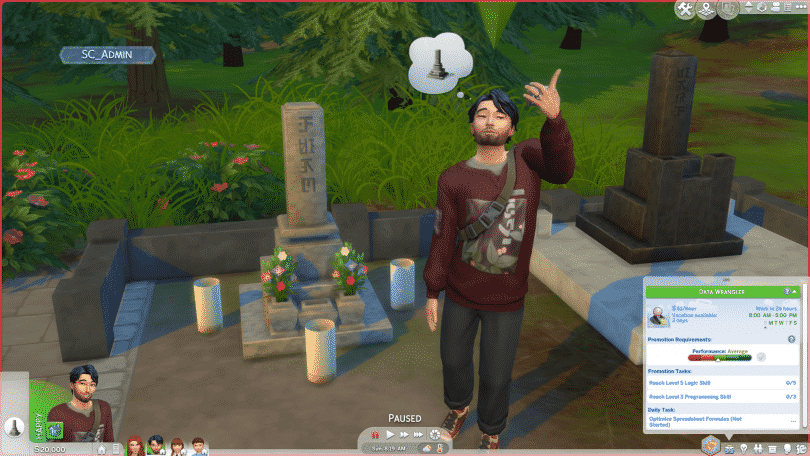 Just like any video game and DLC, The Sims 4 Snowy Escape went through various different production stages and features that have been considered and added to the game. However, various different reasons during the game’s development may lead to reconsidering such features – whether it’s from community feedback or just coming to conclusion that a certain feature just doesn’t fit in.

During the very early production stages of The Sims 4 Snowy Escape, The Sims Team considered adding a new roof brick trim. You can check out what it looked like below: 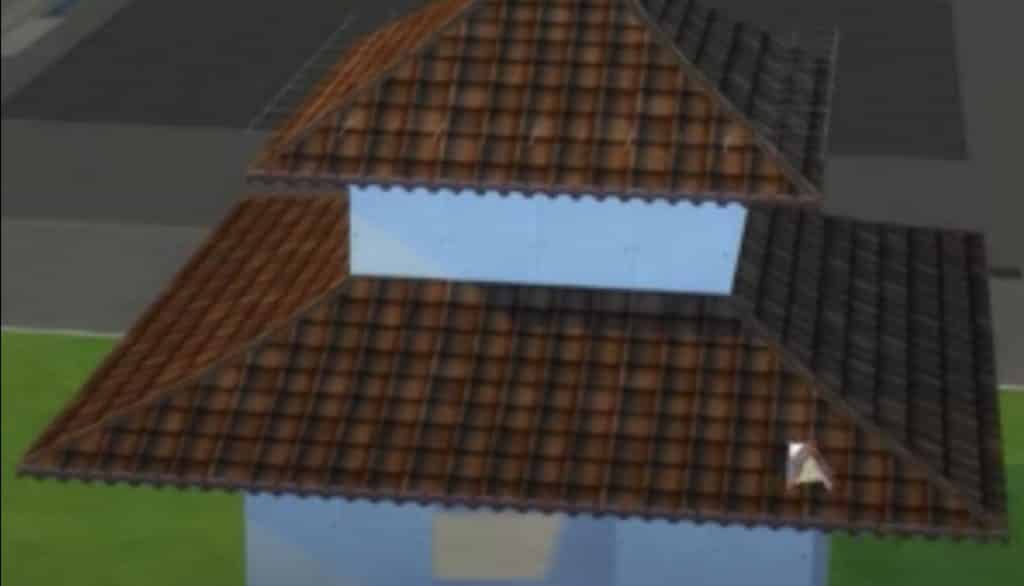 This image was uncovered by the community from one of the EA Game Changers’ who had a chance to build the official lots for Mt. Komorebi. As explained by the Game Changers, they would get a new version of Snowy Escape every week or so containing some new objects that they can use on their builds. It seems that the Roof Trim seen above was one of them – but unfortunately it wasn’t included in the final version of the game. There could be several different reasons why the roof trim hasn’t made to the final cut – the texture, not fitting in into the rest of the catalogue or simply because of the fact that it wasn’t really matching completely with the new roof tiles.

In the Senbamachi neighborhood there’s a graveyard area with two interactable tombstones. Your Sims are also able to take a stop at the graveyard during their hike and view the tombstones. However, during the Early Alpha days I’ve noticed that my Sim had approached one of the tombstones and started taking selfies. That’s when I’ve discovered that there was a whole “Take A Selfie” interaction available on one of the two tombstones. 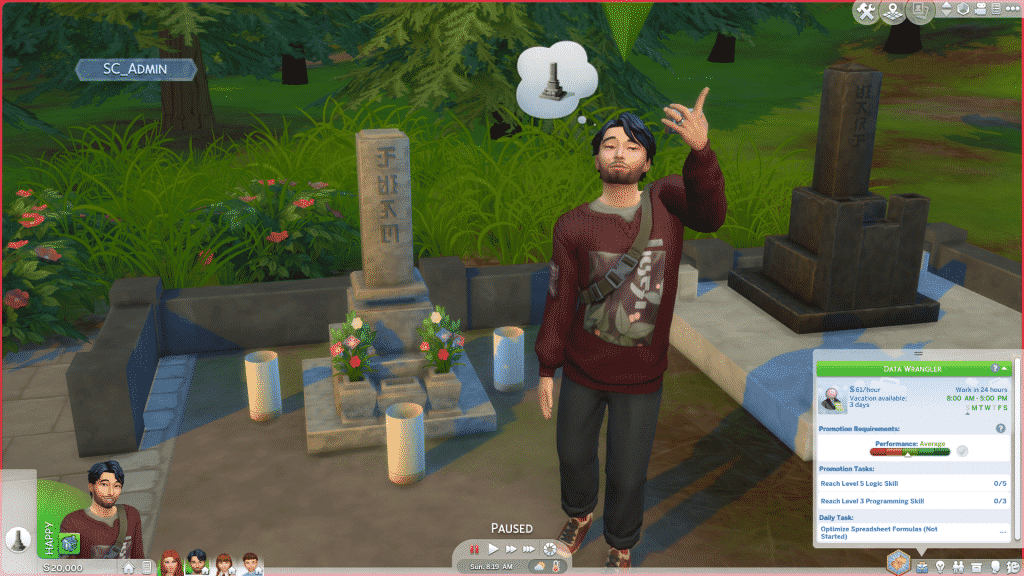 I really couldn’t believe it at first on why would The Sims Team make a decision to implement an interaction like this, until I’ve noticed that the game itself warned me that this wasn’t the best idea, making my Sim embarassed for acting inappropriately. 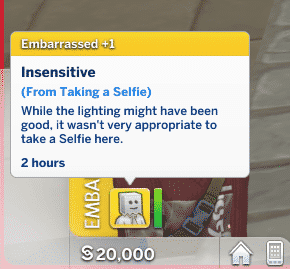 Honestly, I liked the whole concept of the “Irresponsible Tourist” that Snowy Escape tried to bring with this feature. It lowkey reminded me of the whole Logan Paul fiasco that happened in early 2018.

However, in the final version of the game your Sims can’t perform this interaction as it’s been completely removed.

In Early Alpha the Festival of Lights outfit had stripes on top of the fan patterns that were scattered throughout the outfit mesh. The stripes had been removed in the final version:

Not sure if this has been mentioned, but I noticed the files for Snowy Escape have both the original and the changed version made after the controversy in the FullBuild and the DeltaBuild. Here’s a comparison of what they both look like. pic.twitter.com/WYcvYICwRQ 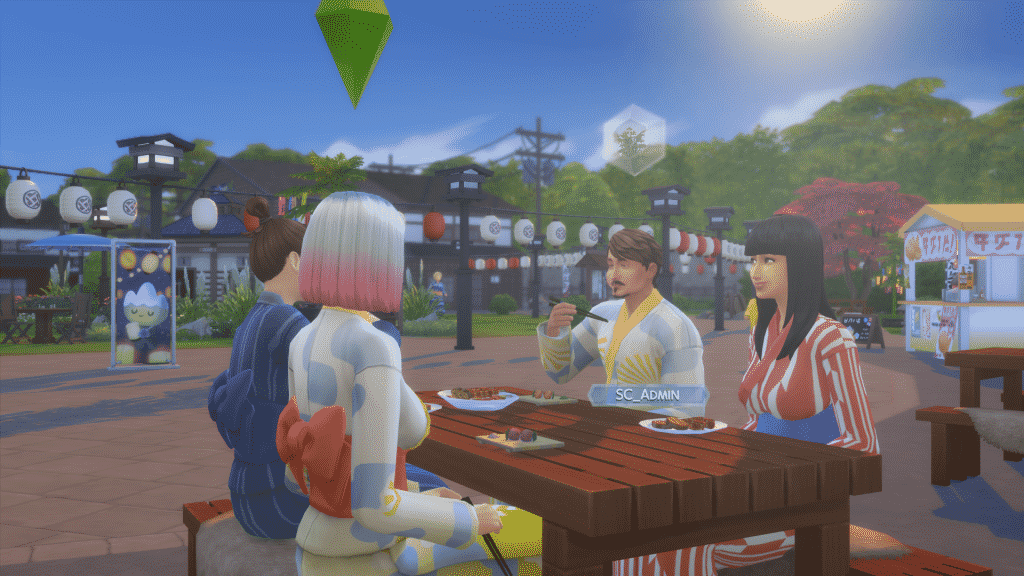 The ability to bow in front of the new shrines in Mt. Komorebi has been removed in the final version of the game. The decision of this feature being removed and the Festival of Light outfit modification was announced by SimGuruGraham, just 3 weeks before the pack’s release:

Hi, Simmers! We modified the reveal trailer for The Sims 4 Snowy Escape and have made changes to the pack to respect our Korean players. I want you to know that those changes will be in-game when Snowy Escape launches.

We aim to be inclusive. We involve others both within and outside of our team, and we listen to them as representatives of the cultures that we draw inspiration from. We’re unwavering in our commitment to representing more of our player’s lives in an authentic and respectful way. 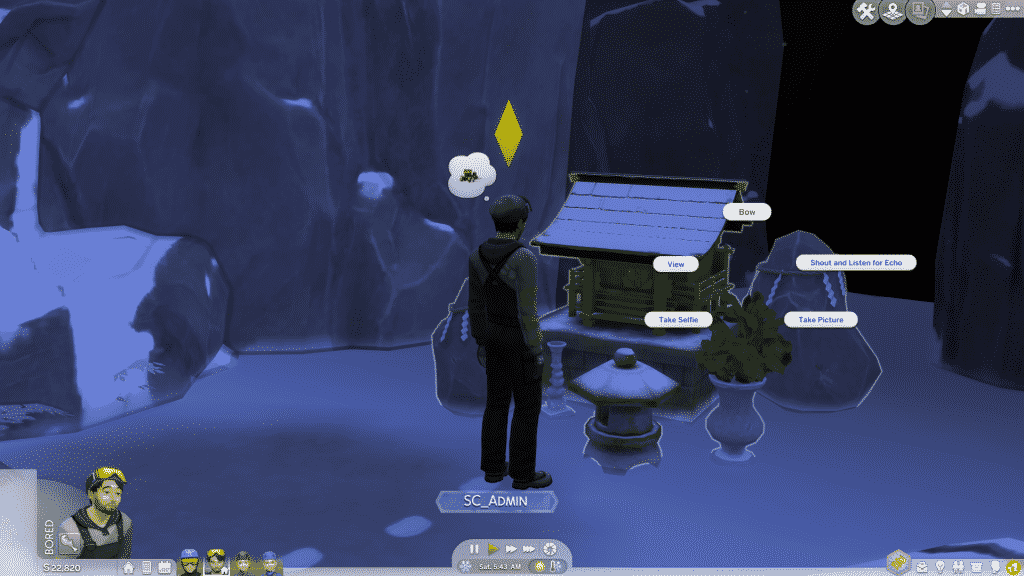 Both of the last two features listed can still be found in Snowy Escape’s game files – they’ve just been disabled in the code.