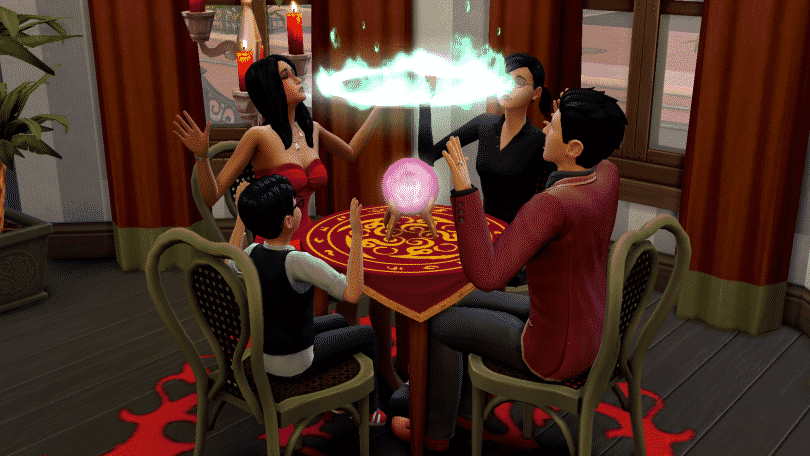 The Séance Table comes in two varieties in the Build/Buy catalogue; just the table by itself, and a set that also comes with matching chairs and a crystal ball. The standalone table costs §333. The full set costs §648. Each catalogue entry has six swatches, pictured below.

Despite the table’s small appearance, it actually takes up a 3×3 tile block, most likely because the floating chair animations for it require some space. The chairs and crystal ball are not attached to the table sets. You can remove them and swap them out with different chairs and décor as you please. The crystal ball does not need to be placed on a Séance Table, but it does glow while the table is being used if it is on a Séance Table. 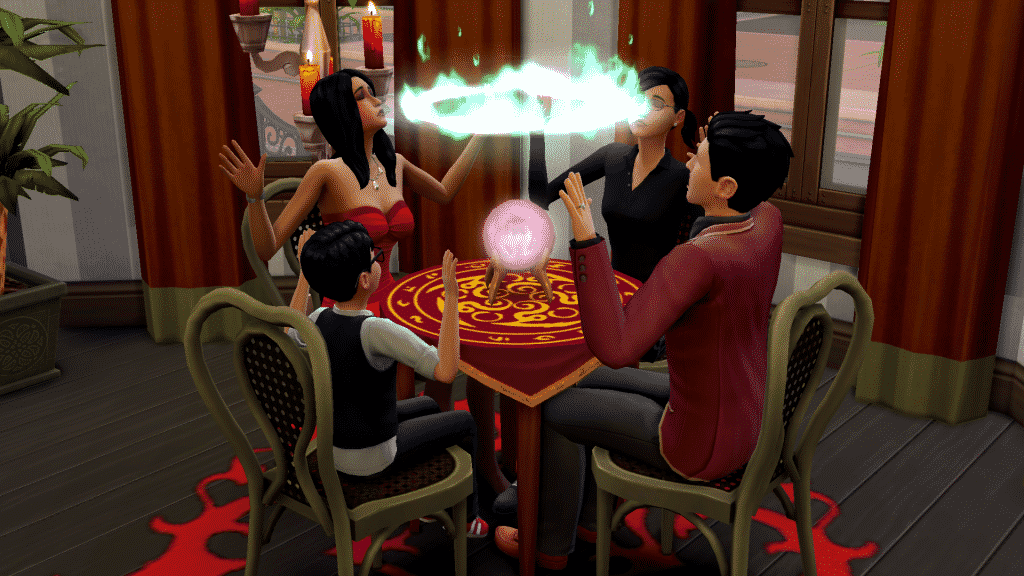 The following interactions are available on the Séance Table. Some interactions require a specific Medium skill level to unlock.