The Sims Team revealed just a week ago that they’ll delivering a new feature called Scenarios to The Sims 4. Today we got an update for the game on PC and Consoles that brought 2 Scenarios, including Making Money and Finding Love After A Breakup.

However, in the game files from the latest Sims 4 Update there are 3 more Scenarios hidden that The Sims Team said to “Unlock” over the next few weeks. Check out the details below!

Can an overwhelmed Sim figure out how to give a bunch of Toddlers all the attention and care they need to thrive? 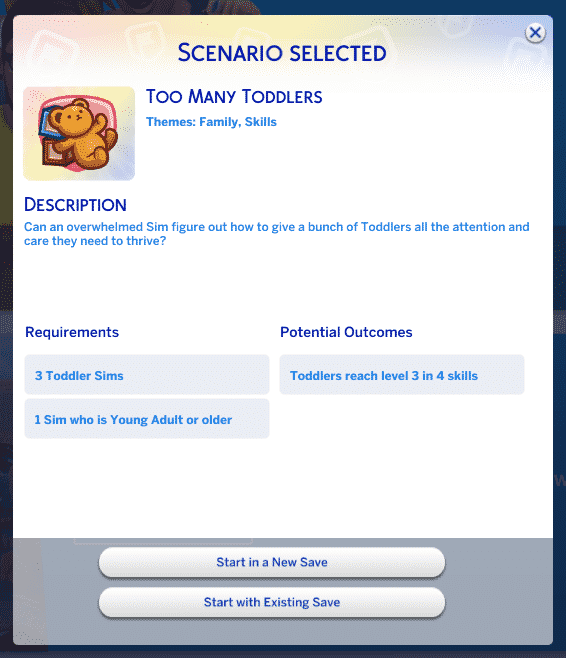 Two Sims who hate each other are stuck living together due to a convoluted backstory involving some gnomes and real estate scams, and both are too stubborn to move out. In the spirit of the season will they find a way to mend their differences, or at least find some way to make the situation more bearable to get through the holidays?

Sims will start the Scenario as enemies with grudges against each other. 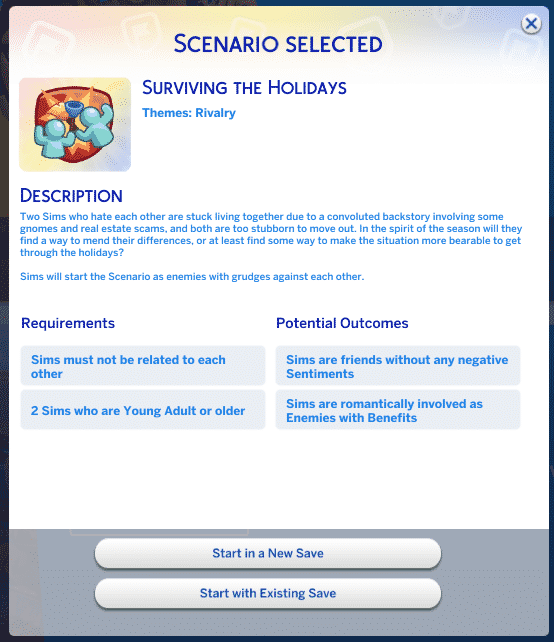 Some Sims are extremely impressive: they’re experts in many topics, they’re well-liked by others, and they’ve followed their dreams unapologetically. It’s not easy to be so well rounded, but it’s a path worth pursuing. 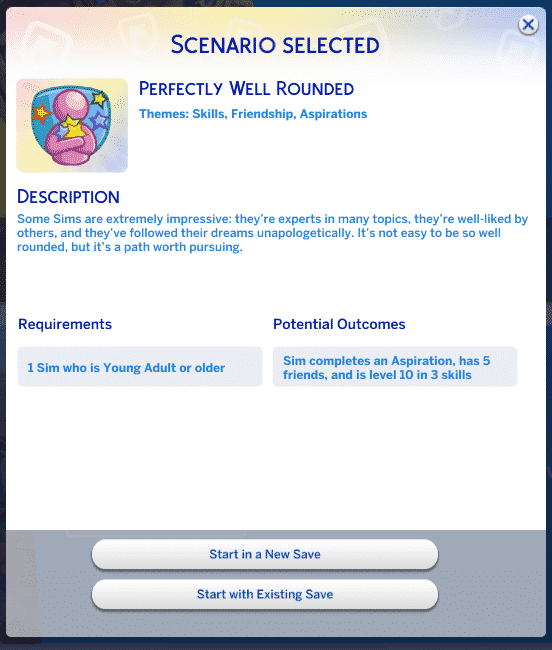