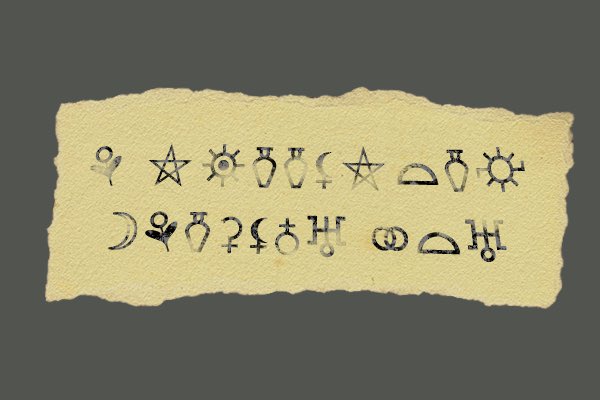 We’ve just gotten a cryptic confirmation that something occult is on the way! Simguru GrimSuruDoi and simguru SimGuruConor posted a rather puzzling image with the following haiku:

If citrus stale, eat other root.

The one thing we are getting from this at the first glance is a lot of half moon, star, and sun characters…

And then there was this:

But it doesn’t end there! A couple of hours later this one dropped:

If we apply the same logic as above, this one says: “I survived the century conflict.”

Soon after we got this one:

Since nothing can stop SimTwitter now, this one is cracked as well: “Take a dip in lake Lunvik“!