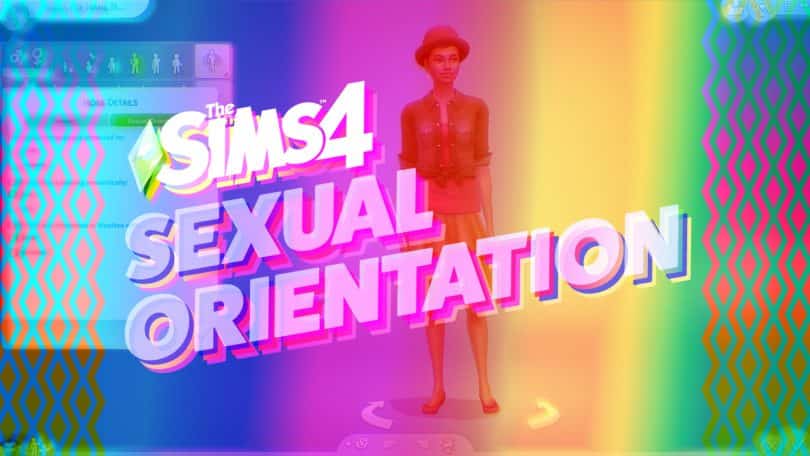 Powerful new tools to control who your Sim is and is not interested in being intimate with!

In yesterday’s free base game update, players got several big new features, including a new sexual orientation feature in CAS! This new tool will allow you to control who your Sims are and aren’t interested in both romantically and sexually. These settings will determine how that Sim interacts with others during gameplay.

Deciding your Sim’s sexual orientation begins in CAS. Open up the gender settings to see a new tab to the right called Sexual Orientation. Click that tab to be presented with options regarding your Sim’s preferences.

By default, all Sims you create will have the same settings that Sims always operated on previously; they will be interested in anyone and willing to explore sexual and romantic options with anyone. You can keep these settings if you like, but if you’d like to customize these preferences further, you now have the freedom to do so.

The menu is broken down into the following categories:

This Sim is romantically attracted to:

This Sim is exploring romantically

You can select one, both, or no genders for all options. Separating romantic attraction from sexual attraction allows players to create more diverse Sims. These settings will allow you to create Sims across a wide range of sexual orientations, including asexual and aromantic Sims.

You’ll see these settings take effect in Live Mode as you play and begin interacting with other Sims. If you are on friendly enough terms with another Sim, you can ask them about their WooHoo preferences and their Romantic preferences under the Romance social tab. Make sure you are quite close with that Sim, first! Most Sims won’t feel comfortable discussing their sexual orientation with an acquaintance.

When you ask about a Sim’s Romantic preferences, they’ll also tell you whether their preferences are set in stone or whether they’re open to exploring different options.

Once you’ve discovered a Sim’s Romance and WooHoo preferences, you’ll be able to see that information in their Sim profile under the new Sexual Orientation tab. An icon next to their portrait tells you whether they are open to exploring different preferences or not.