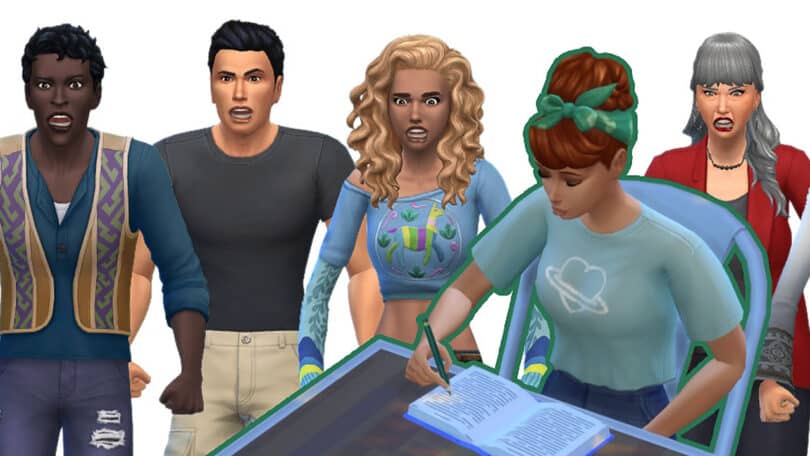 Sims are all frozen or bobbing their heads. Time slowing down while on speed 3. Maybe the Sims continue their task after the game is paused. That’s Simulation Lag. A term that we have all come to know and hate. And unfortunately, the older the game gets and the more updates are put out, it does not seem like there will ever be an official “fix” to the problem. But, here’s to hoping!

What Can Be Done?

To alleviate the Simulation Lag, these are some steps you can take.

The following two mods can be used separately or together.

Sims bobbing their head, but there is no music? Or are they trying to meet their new smart watch’s stand goal?

Originally created by simmythesim and previously maintained by Xerox, SrslySim’s Simulation Lag Fix. Simulation Lag fix adjusts the game time to help cut back on simulation lag when there are too many autonomy requests.

This mod can help alleviate:

Simulation Lag Fix is available on SrslySims’ website for FREE!
You can also find SrslySims on her Patreon.

Are all your sims waiting in anticipation for Alexander Goth to finish his homework? Maybe that’s not a good sign.

Simulation Unclogger is a script mod that tries to fix an unplayable game by detecting when Sims cause the Simulation to get stuck. This mod should help with examples of all Sims in the game freezing due to a singular Sim doing a task. Although this provides a fix for the problem, it does not prevent it from happening.

“Simulation Timeline Unclogger works by watching each and every action that passes through the Sims actions timeline. Whenever an action occurs at the same time as another action in the timeline, the script counts it. When enough of the same actions (type of generator) occur in a row, within the exact same timeframe, the action gets forcibly stopped, causing the Sim to reset, and unclog the timeline. This solution allows unclogging of the timeline from anything that is caused by any “resettable” action, which involves all Sims/Objects/Interactions.”

Simulation Unclogger is a script mod. In order for it to work, make sure that it is either placed directly into the Mods folder or one folder deep. Anything deeper than one folder will cause the mod not to work.

For information on how to keep your game healthy: The Sims 4: How to ensure a healthy game!
Special thanks to Carl and SrslySims for teaching me everything I know about Simulation Lag

Do you struggle with Simulation Lag and have you tried either or both of these mods?