A strange listing has appeared on Origin with their latest update. After you go under the information section of The Sims 4 game, you’ll see SP05 PH listing under the stuff pack menu which probably means ”Stuff Pack 5 Placeholder”. 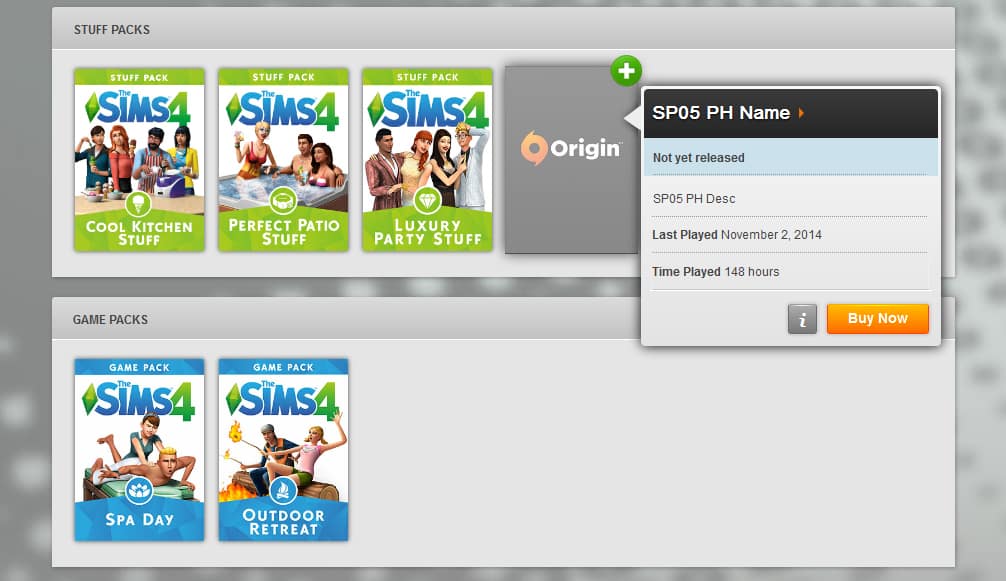 We advise you NOT to press the Buy Now button as this listing is just a leak. Wait for the 4th Stuff Pack first… ;)