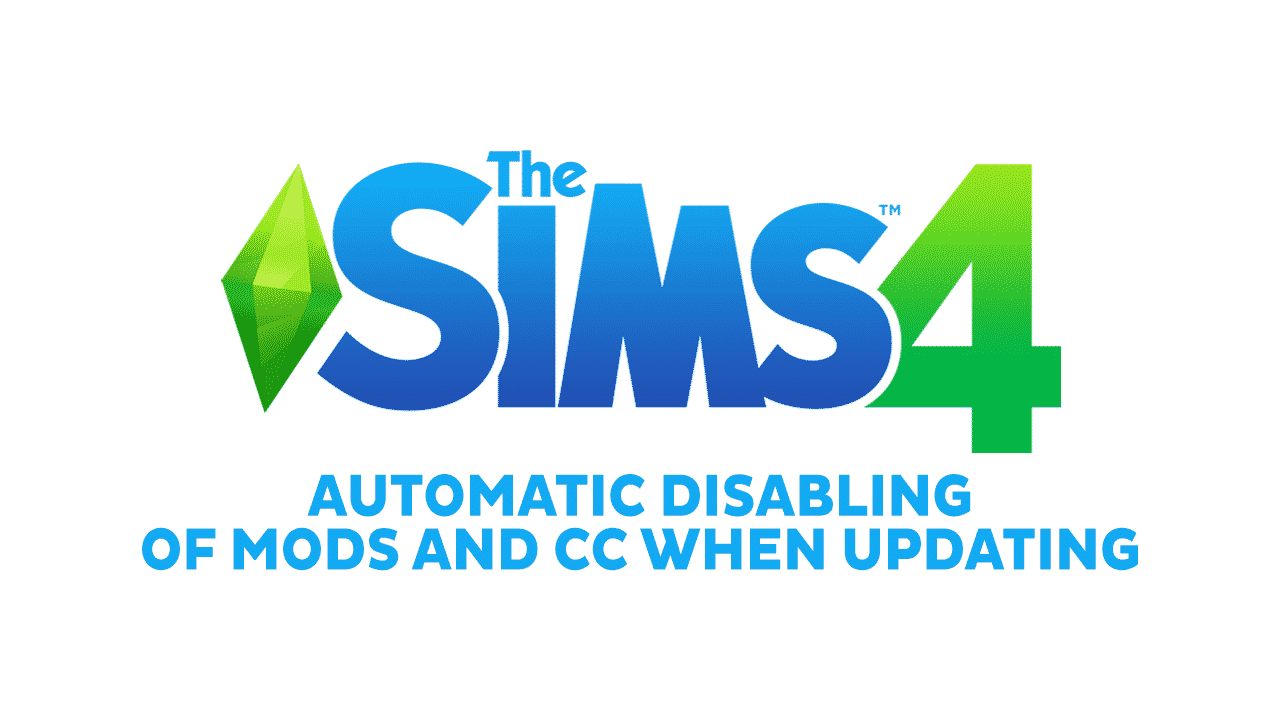 You no longer have to worry about leaving your Mods and/or Custom Content in the Mods folder when updating The Sims 4 to the latest version. With the latest 64bit version that’s coming in December, The Sims Team will also be introducing Automatic Disabling of Mods and CC when updating your The Sims 4 Game.

The SimsTM 4 version 1.13 (released December 2015) adds a new feature that will disable all Mods when the game is updated via Origin. On first launch after the Update is applied you will be shown a dialog at the main menu indicating that Mods have been disabled.

Let’s start by defining some terminology:

Maxis strives to support the creativity of our community. We know that, for many of you, Mods are an important part of your game experience.  For that reason, we support a framework in The Sims 4 that makes it easier for you to install and use Mods.  Maxis doesn’t pre-screen, endorse or specifically support any particular Mod.  You should use Mods with caution and understand there may be risk.

Why does The Sims 4 disable Mods after an update?

Because Maxis cannot screen or otherwise support any particular Mod, Mods that previously caused no issues for users may cause problems after an Update, especially a significant Update that corresponds with an Expansion Pack or Game Pack. By disabling Mods when we update, we hope to limit any disruption or problems with your game play and provide you with the opportunity to decide whether to reinstall those Mods.

How to re-enable Mods after an update.

You may re-enable Mods that were disabled during an Update via the options menu, however you should use caution and understand there may be risk.  You may wish to consider performing the following steps, after the Update, to help determine if your Mods conflict or will cause problems with The Sims 4Update:

How to tell if Mods are causing problems

Mods can cause issues and conflict with The Sims 4 game in many different ways, so there is no single way to determine if problems exist. The best way is to just play the game. There may be very obvious problems, such as the game fails to boot or save games fail to load. But the problems may be more subtle. If using Custom Content, review that content to make sure it looks to be working correctly. If using Game Mods, verify the functionality they provide is still working.

How to find problematic Mods

Once you have identified that one or more of your Mods is creating issues, you then need to determine which Mods are the problem. Since you could potentially have many Mods in your Mods folder, this can be a time consuming process. Here are some tips to speed things up: