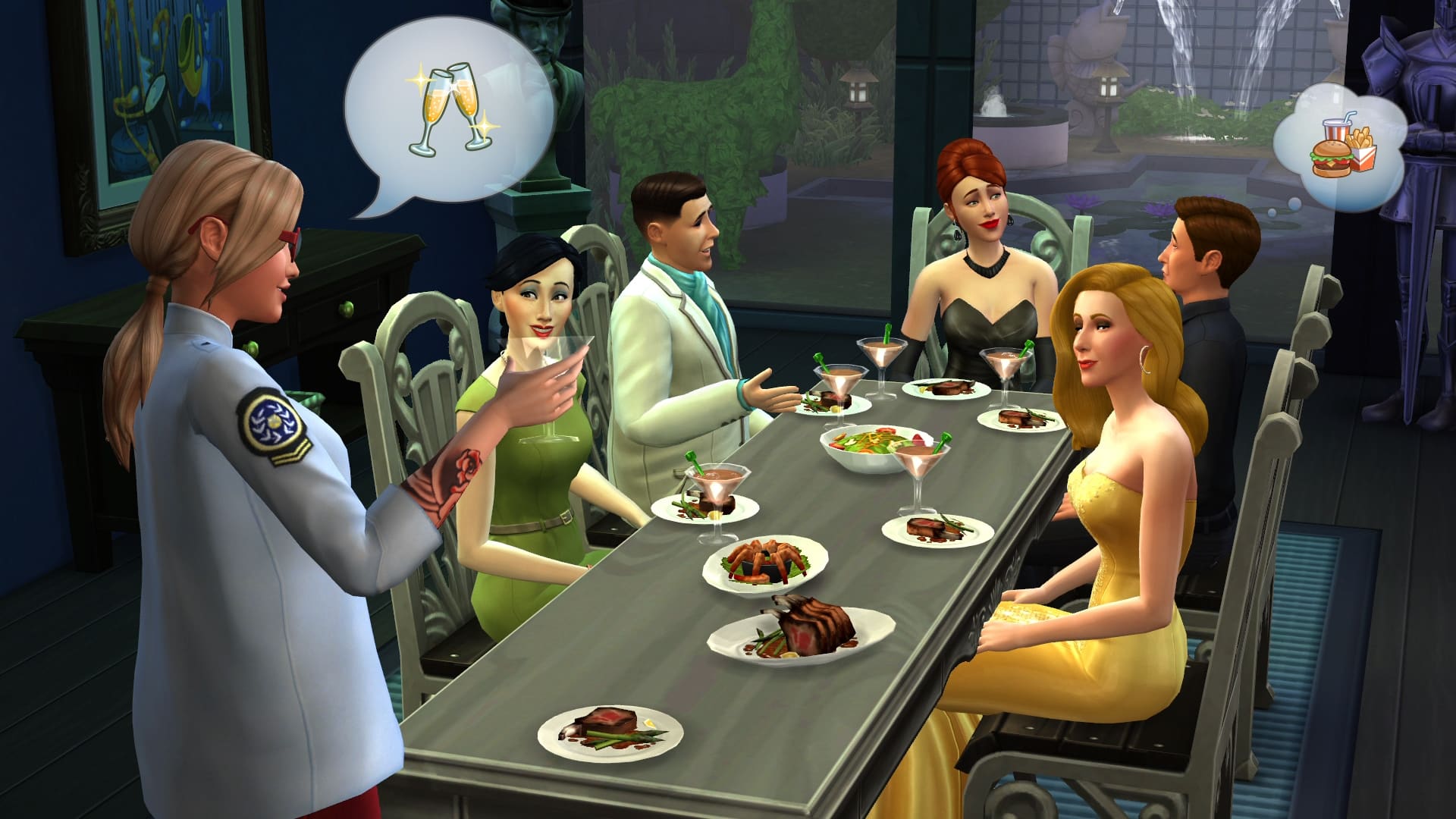 UPDATE #3: SimGuruLyndsay gave an official statement about the current leaks, neither confirming or denying them:

I am here and watching. When there’s anything official to announce or confirm I’ll be the first to tell you! I know you’re eager for news.

UPDATE #2: They leaked new info about Stuff Packs and Game Packs (thanks @SimsWorld for info) , confirming that Stuff Packs have been delayed over a Game Pack release that will happen soon!

What happened is that some stuff packs were delayed but now comes a new game pack. We still cannot tell you much, but I recommend you go to refine your culinary skills. 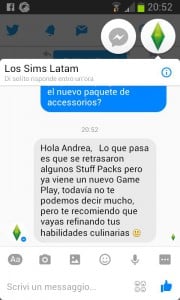 UPDATE: The Sims Latina America answered a question by @TurkiiToni about if we’re getting an EP03 announcement in June, where they only confirmed that a new Stuff Pack will happen and that it will come out soon! 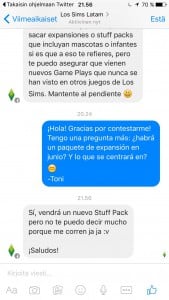 Twitter users @TurkkiToni and @KaitoLen1 have reported that the official account of The Sims Latin America has been answering to some of their messages over their Facebook Page.

In the first image, user @KaitoLen1 has asked what are they plans for the future. They replied with: 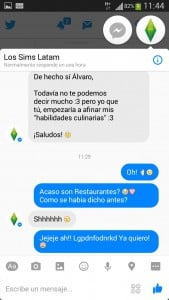 We still can not say much. But, we’re fine tuning our culinary skills. Regards!

After asking are they working on restaurants, they replied with ”Shhhhh 😉 ”

In the second image,  @TurkkiToni asked about upcoming content as well, to which they replied: 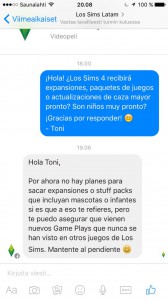 For now there are no plans to make expansions or stuff packs that include Pets or Toddlers if that’s what you mean, but I can assure you that new Game Play will arrive that has never been seen in other Sims games. Stay tuned 😀