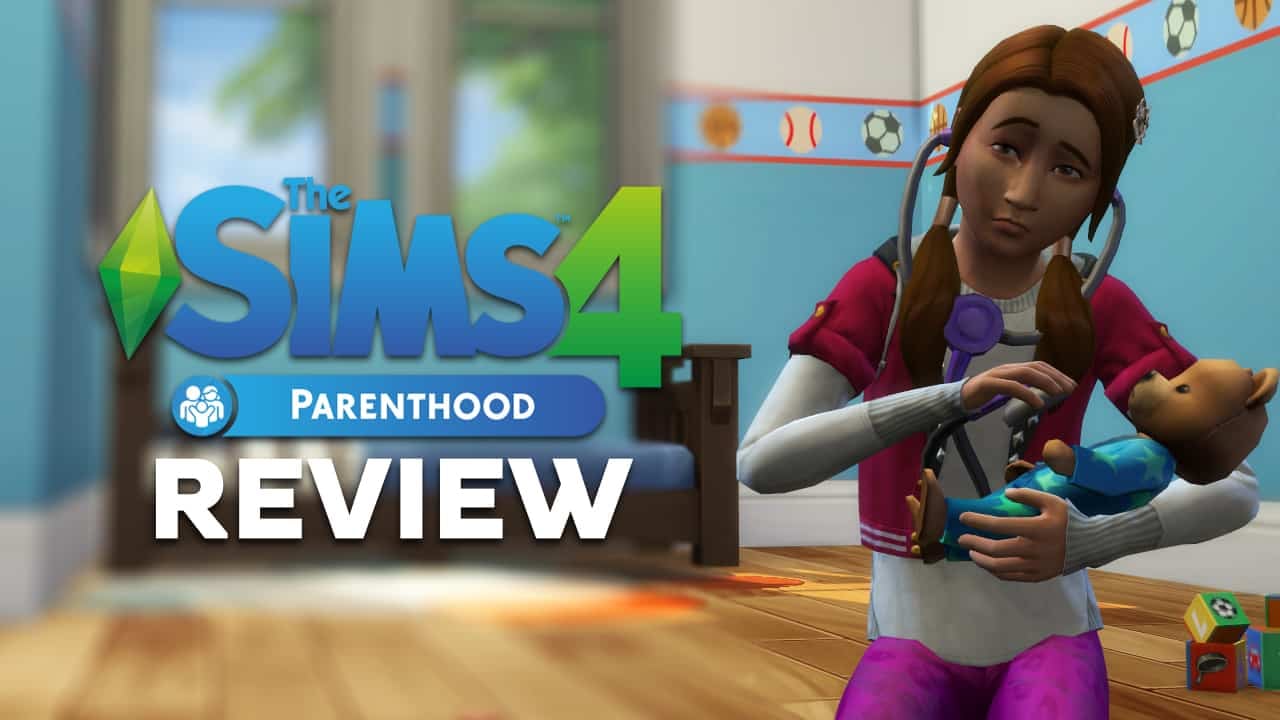 The Sims Team takes on the Generations concept for The Sims 4 with The Sims 4 Parenthood Game Pack. Of course like with previous TS4 packs, this one has a bit of a different theme and goal of the pack with different objects and interactions. Is it really worth the $20 price and should you get it? Find out in our review!

This review is based on 15+ hours of gameplay.  Even though I was given an early review copy to test the game, I am not by any means paid or bribed to state positive (or negative) opinions about this stuff pack.  I will give my honest opinion of the stuff pack; its content and what it brings to the game.

There’s a decent amount of new items in CAS. However, it seems that not all ages get their fair share. Toddlers only get 2 outfits and no new hairstyles while Kids get a lot more than that. All in all, what you get fits nicely with the pack’s theme.

Considering this is only a Game Pack there’s a good amount of new objects in Build Mode (around 80). There are plenty of new school projects you can buy, some nice living room items (2×2 coffee tables!) and there are enough homey kitchen and bathroom objects that you can treat them as an individual Stuff Pack.

Once I created my family with a toddler, child, teen and 2 adults and moved them into a pre-made Parenthood house, I realized there wasn’t really anything new to the game except Character Values that I’ve found in the user interface for toddlers, children and teens. Or so I thought….

Before I continue with explaining what’s new in The Sims 4 Parenthood, know this: you WON’T have fun with cheats on. I learned that after maxing out my Sims’ parenting skills and locking their needs – it’s not a challenging game until you have to prepare food for your Sims and having to bear with their Picky Eater phase.

So, what’s new? At first, not much, but after playing the game for a couple of hours I’ve noticed that there’s so much new gameplay hidden deep in Parenting Skill, Character Values and random family scenarios that occur from time to time.

I made my child Sim set the table and she was rewarded with some positive Manner points. In case you didn’t know, Toddlers, Children and Teens get 5 new Character Values: Manners, Responsibility, Conflict Resolution, Empathy and Emotional Control. Sims get different character value points depending on the interaction you’ve chosen. For example, if they choose to be mean to other Sims they’ll get negative empathy character value points. 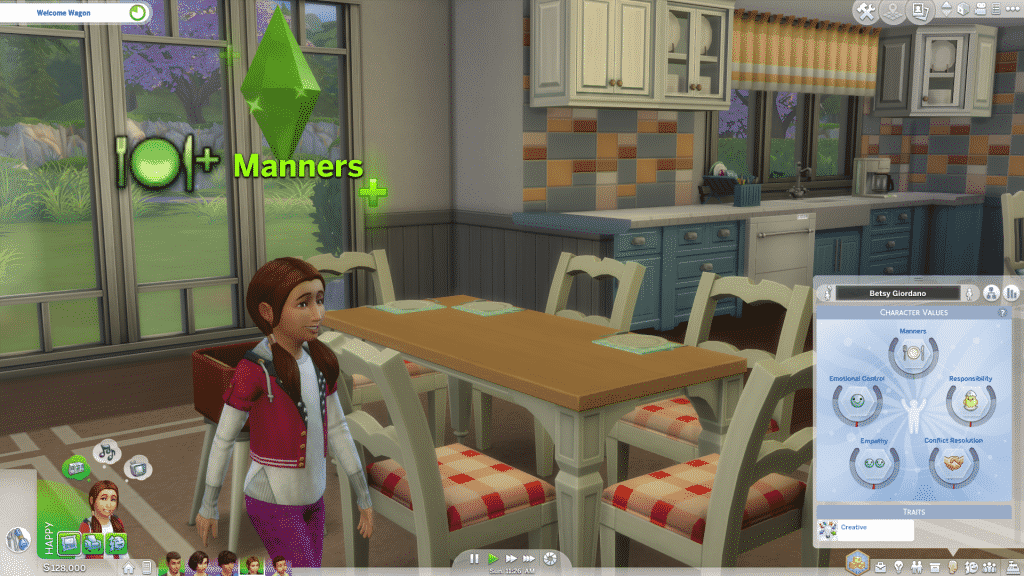 Once your Sim grows up into a young adult all that hard work (or slacking off) will pay off. Depending on how well you took care of your Sim’s character values they’ll earn certain traits that stick around for the rest of their lives. Sims with positive empathy will earn the compassionate trait, allowing them to relieve other Sims from negative emotions. However, Sims with negative empathy will earn the insensitive trait, making it much more awkward to socialize with Sims who feel under the weather. I won’t spoil much and don’t worry, you still have 8 character value traits to explore (10 character traits overall).

“Why is parenting a skill?” is the first question that popped into my head when this Pack was announced. Later I’ve realized that the answer is pretty simple: just like in The Sims 4 Parenthood, there are skilled and unskilled parents / caregivers in the real world. Not every caregiver excells at their parenting with their first child and they often seek for help from other people and books.

The Sims 4 Parenthood does just that. Unskilled caregivers can seek tips for parenting in books, online forums or ask other caregivers in their neighborhood about their parenting techniques. But, the best way to level up your parenting skill is to watch your young sims every step of their way and encourage / discourage certain interactions they’ve performed. It’s sort of like training dogs and cats in The Sims 2 Pets! 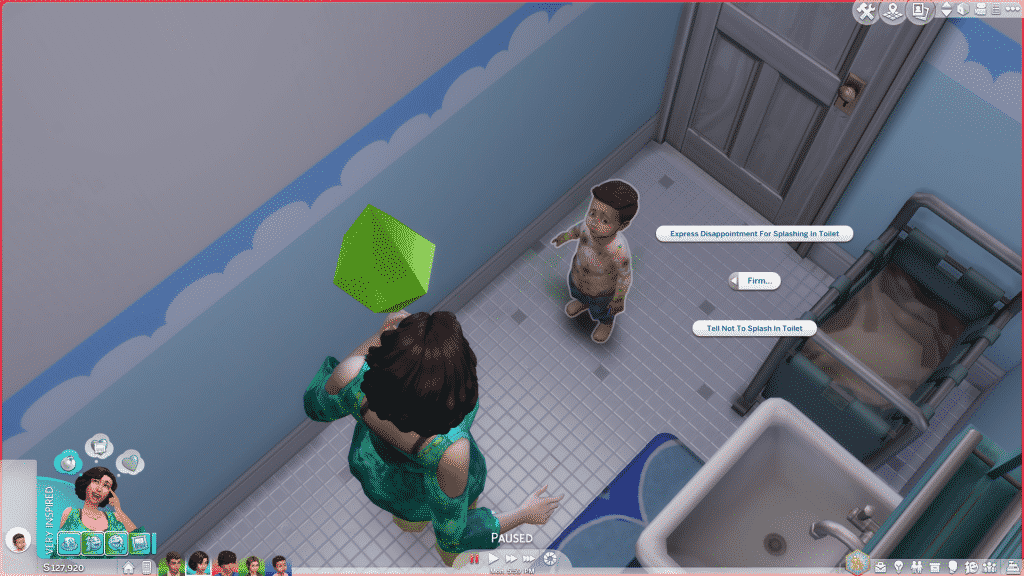 There’s so much more to parenting once you level up: grounding Sims and not allowing them to use the phone, listen to music or anything else that might give them enjoyment and also give them time outs, disallowing them to do any type of interactions for a certain amount of time.

There are new phases for Children and Teen that occur randomly. They act as temporary traits that mostly have a negative effect on their (or someone else’s) life one way or another. For example, teens may get a craving to perform mean interactions on other Sims. That’ll give them happy buffs but with a cost of making someone else mad. Then there are children who don’t feel like eating certain types of meals which could be a living hell for your parent who spent plenty of simhours trying to make lobster thermidor (it’ll be the best for you and your caregivers to just give them cereal or other types of quick food).

Teens can also get mood swings which make them really, really sad for 4 hours. They’re not really a phase and more like a random buff but their randomness makes them worth mentioning in this section. 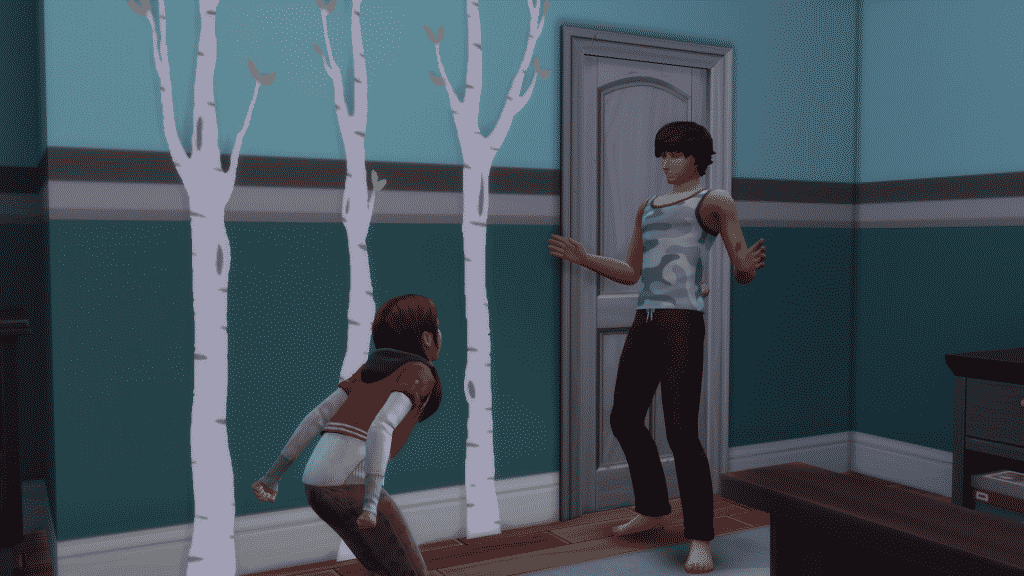 Every now and then your child / teen will ask their caregiver some cruicial life tips. Sometimes you’re in control on which parents’ answer will influence which character values while sometimes you may only get one option which will as well influence your younger sim’s character values. All in all a very welcome addition to the pack.

Doctor playsets, craftable school projects and building blocks set for all ages are just some of the new interactive objects you get to play with. Sims can stress out their emotions into a journal and hide it under a bed and you can also write post-it notes and make drawings on the new family bulletin board. This pack has it all, except the bunkbeds which was the biggest let-down for me but oh well…

I’m really surprised at how much gameplay has The Sims Team packed into this Game Pack. Sure, it may not bring the longly requested bunk beds that everyone’s been wanting for but everything else just fits perfectly into the rest of the game.

The Sims 4 really is nothing without the family aspect, and this Game Pack makes that aspect 100% better.

The Sims 4 Parenthood Game Pack is one of those packs that are just essential for improving your general Sims 4 experience!