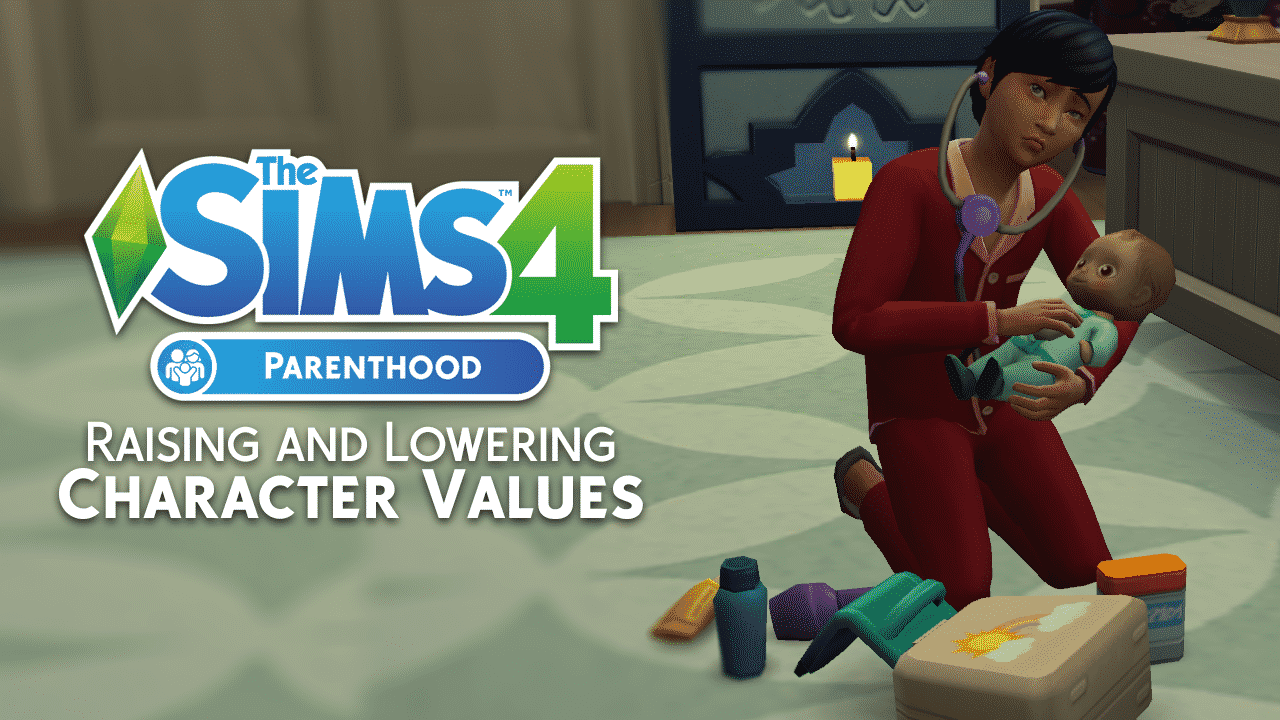 I don’t know about you guys, but I am just absolutely crazy about the new Parenthood game pack! The hype train hasn’t stopped since I saw the live broadcast before the release. If you missed out on the broadcast, check it out on The Sims Twitch channel.

Parenthood gives us new ways to shape how our Sims’ children grow up, making this the perfect pack for generational players. This game pack’s greatest strength lies in its new Character Values system. Children now have five Character Values that can be influenced in either a positive or negative direction from the toddler life stage to the teen life stage. Maxing out or tanking these Character Values will cause teens to age up with either a positive or negative trait. This trait will shape the way they live their adult lives and raise their own families, leaving a long-lasting effect that can be seen through many generations. Today, I’m going to give you a glimpse into one of my households and break down the best ways to influence those Character Values. 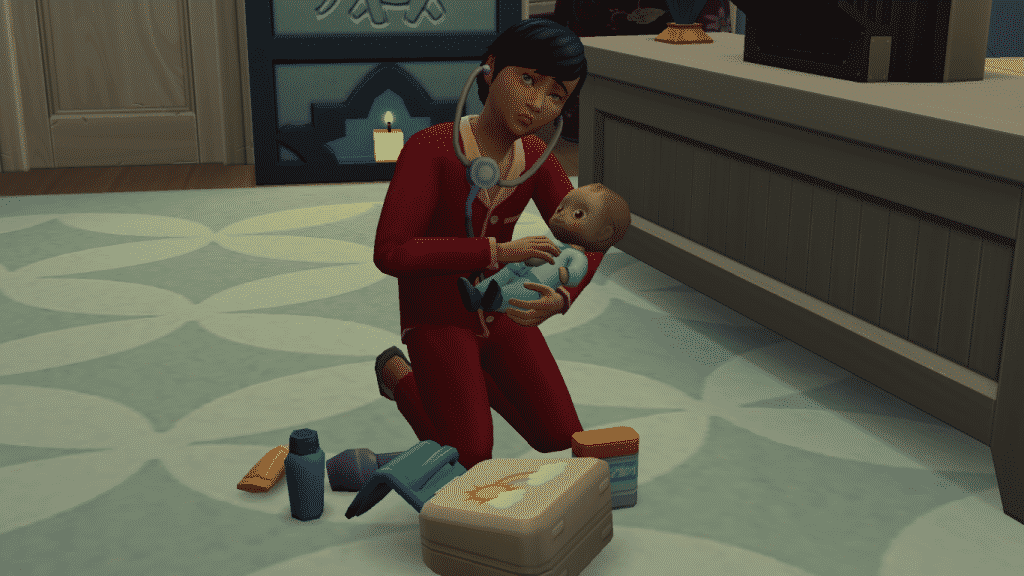 I have a household with four children. Rashad, Hakim, Hashim and Tazreen.

Rashad is the oldest child who’s set to become a teen in a couple days. He’s an A student. He’s maxed out his Empathy and Responsibility values already and almost has his Emotional Control maxed out as well.

Hakim and Hashim are twins and the middle children. They’re both B students. Hakim is pretty neutral with all of his values right now, but his brother, Hashim, is shaping up to be quite the little demon spawn. He’s enemies with his twin brother and with several of his neighbours. His Empathy and Emotional Control are both tanked, but his Responsibility is doing fairly well thanks to his mother’s insistence that he do his homework every night and complete any school projects he comes home with.

Tazreen is the youngest and the only girl. She’s a toddler with the Angelic trait so she never misbehaves, which means her character values are all pretty neutral as well since she doesn’t give her parents much of an opportunity to scold her for bad behaviour.

As you can see, I have a fair bit of variety in the kids in my household and how they’re being brought up. The most valuable thing I’ve learned by exploring all these different avenues with these kids is that not every action will affect character values by the same amount. There are more effective and less effective ways to raise/lower values so I’m going to break them down.

NOTE: It takes a while for Trolling the Forums to make a dent but it’s a fairly easy way to tank your kid’s Empathy without having to destroy all their relationships in the process.

Lowering Emotional Control
Most Effective: Shoving
Least Effective: Throwing a Tantrum or having a crying fit

NOTE: It’s not that emotional outbursts aren’t effective. It’s just that Sims can’t do those things unless they’re angry or sad. This means you don’t get enough opportunities to have them do this for it to matter much.

Raising Responsibility
Most Effective: Coming home from school with an A grade, Completing School Projects
Least Effective: Putting toys away

Lowering Responsibility
Most Effective: Coming home from school with a D grade, Making a Mess (toddlers and children only)
Least Effective: Breaking Curfew

NOTE: You would need to have your Sim stay out all night long to make a significant dent in the Responsibility value for breaking a curfew.

Raising Manners
Most Effective: Setting the Table, cleaning up after meals
Least Effective: Teach to Say Please and Thank You

NOTE: Setting the Table is most effective when done before every meal. It adds up quickly. You would have to Teach to Say Please and Thank You for hours on end to make significant progress. By then the kid is usually bored from being lectured for so long.

Out of all the character values, I’ve found that the easiest one to raise is Responsibility. You can max it out with very little effort. Just make sure kids and teens do their homework every night and complete any school projects they bring home. Have a parent help with projects if you can. I always select the careful option and have at least one parent help. The projects usually end up being excellent quality. Eventually, they’ll get an A from the homework and projects. Every night they come home with that grade, their Responsibility will get a large boost.

The most difficult value to raise is Conflict Resolution. This is mostly because the only way to raise it seems to be by either knowing two Sims who are enemies and trying to fix their relationship or, alternatively, repeatedly getting into arguments with Sims just to apologise which just seems to defeat the point.

I hope this guide to the Character Values helps you influence your virtual little ones for better or worse. Remember, these tips are just based on my own personal playing experience. If you have a different strategy to share with Simmers, let us know in the comments!