I was finally able to get my hands on The Sims 4 Console (Playstation 4) version during Sims Camp 2017 at EA Redwood Shores. It was a bumpy ride for the first few minutes or so considering I haven’t played games on console for years but I managed to get a hang of it.

Before we continue here’s what you need to know what’s out, what’s in and what’s changed in The Sims 4 Console:

If you played The Sims 4 on PC before and are just getting your hands on the console version you’ll need some time to adjust and learn all the controls. As a person who played The Sims 4 a lot on the PC I was so frustrated the first 30 minutes not knowing what I’m doing, but after eventually finding out what each button on my controller does I was able to almost smoothly play the game (I still needed some time to get used to it).

Here are all the controls that you can use for Create A Sim, Build Mode and Live Mode. You can access these control screens by pressing both analog sticks at the same time. 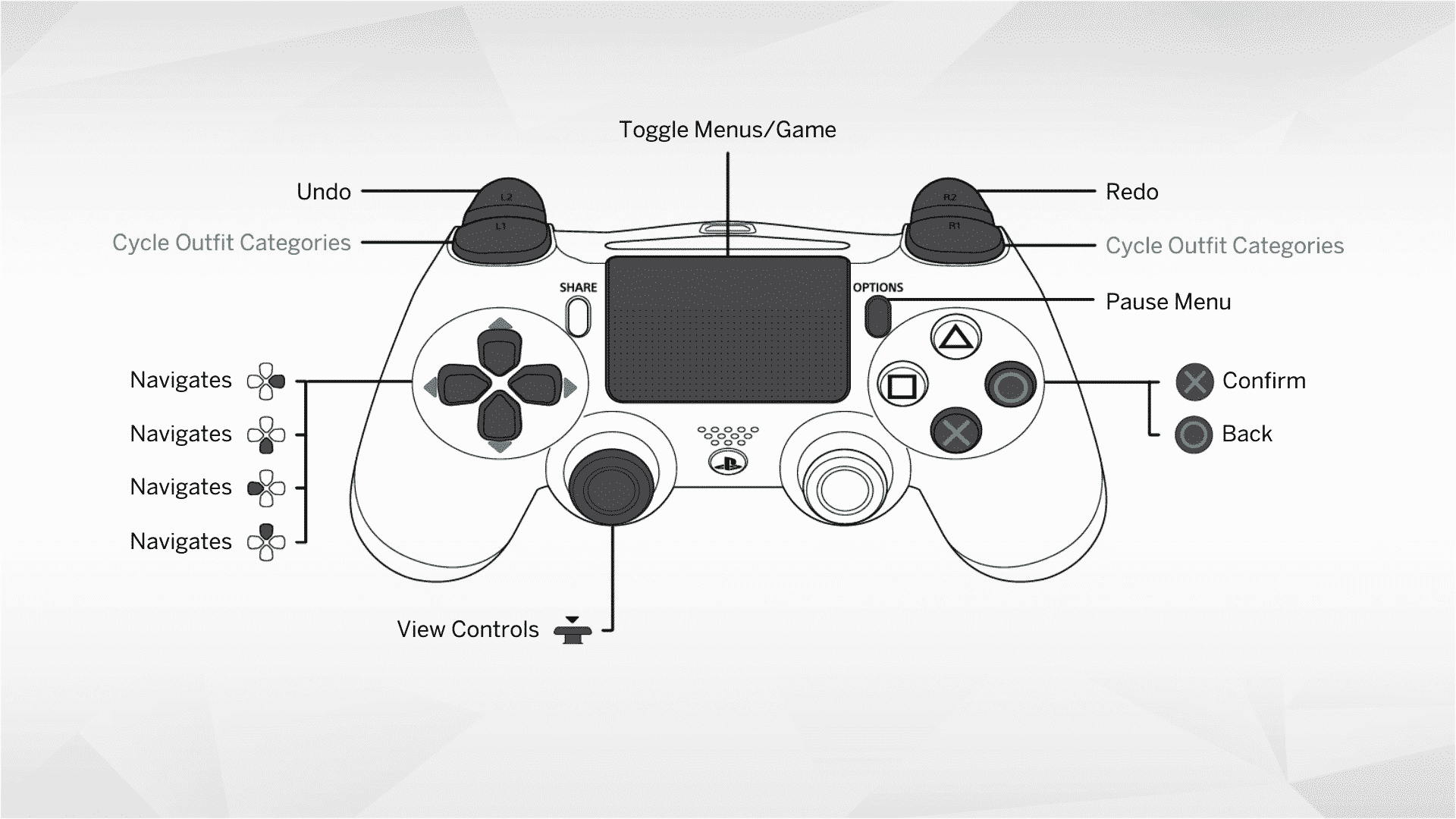 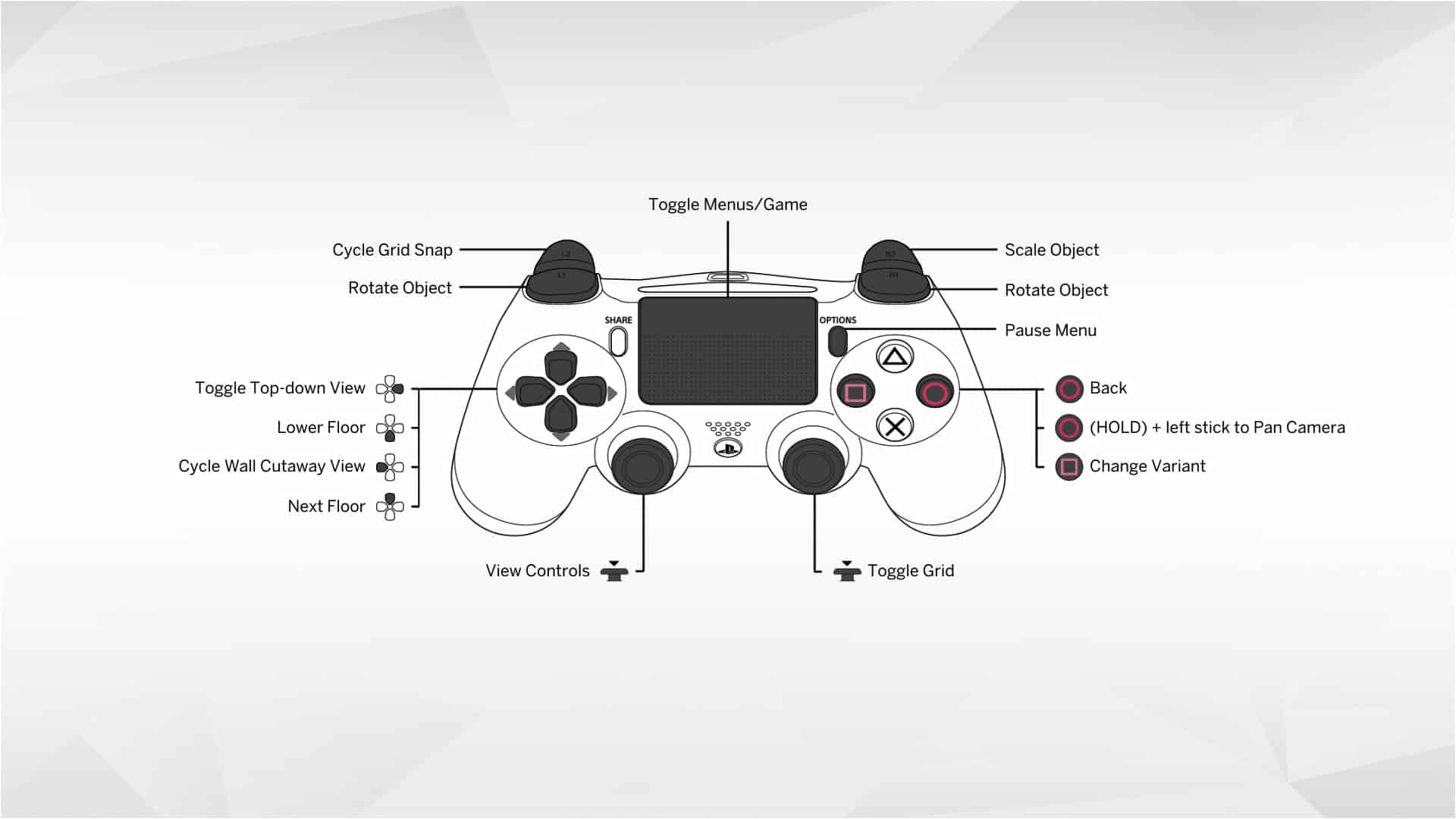 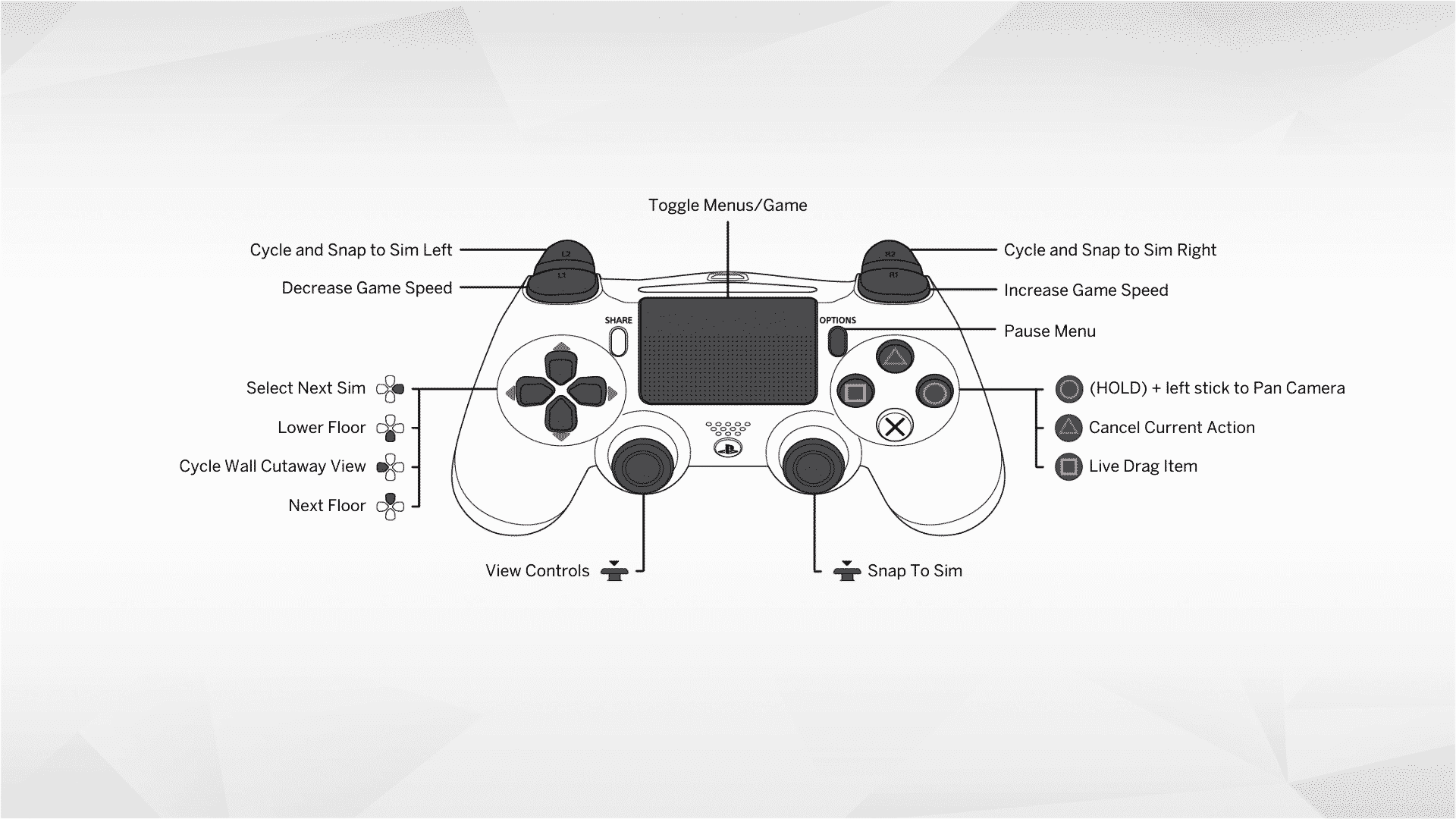 You now get a sense of what you can expect with The Sims 4 Console and how to control it. Now, let’s dive into the features:

Main Menu is pretty much the same. Before opening it you have to press X first and then wait for the loading screen.

You have an overview of the installed packs on the left, option to start a new game, load the old one and read online news on the bottom part of the menu just like on the PC. What was so interesting about the console version is that the Load Game option also had an Autosave feature. 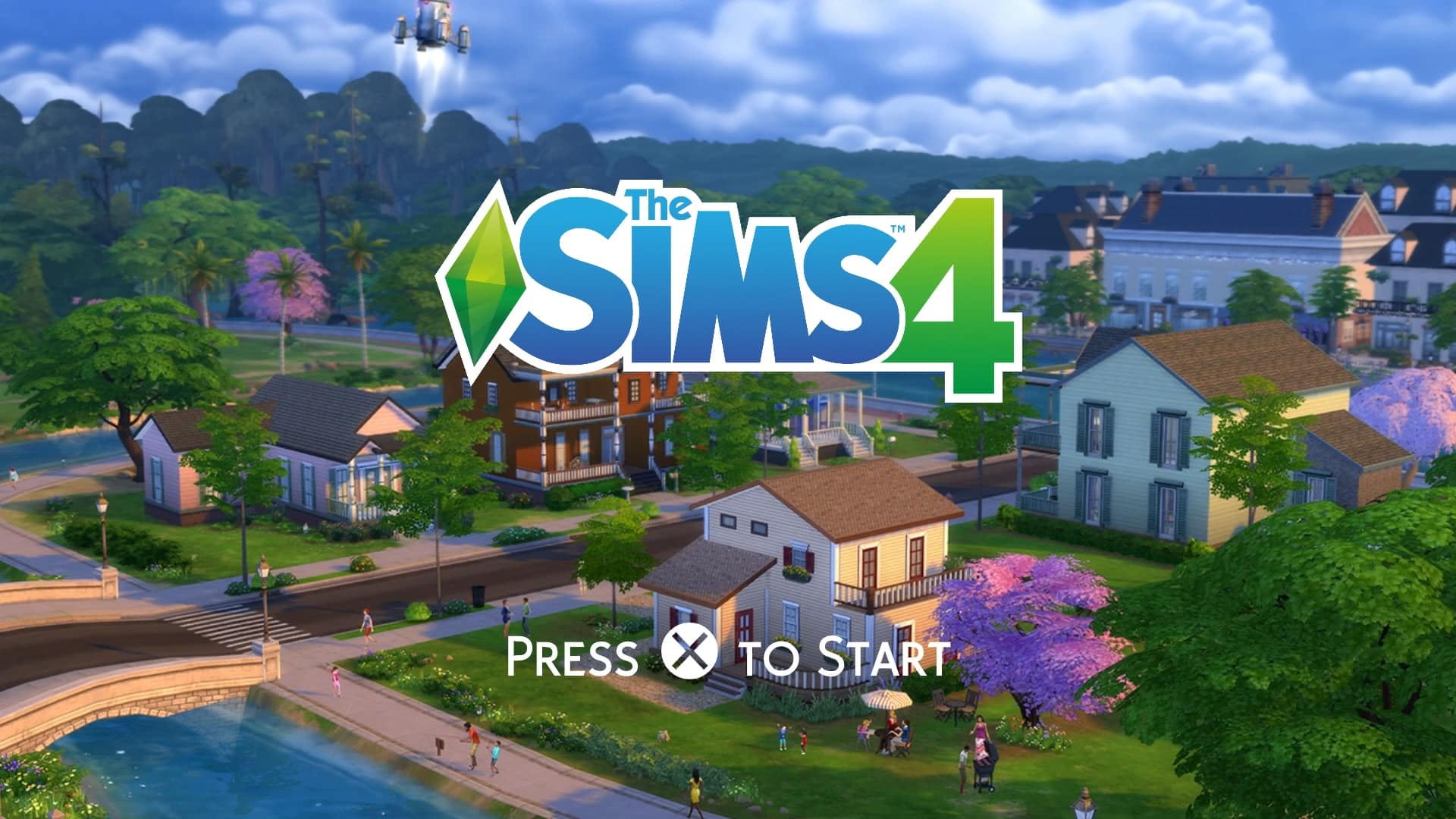 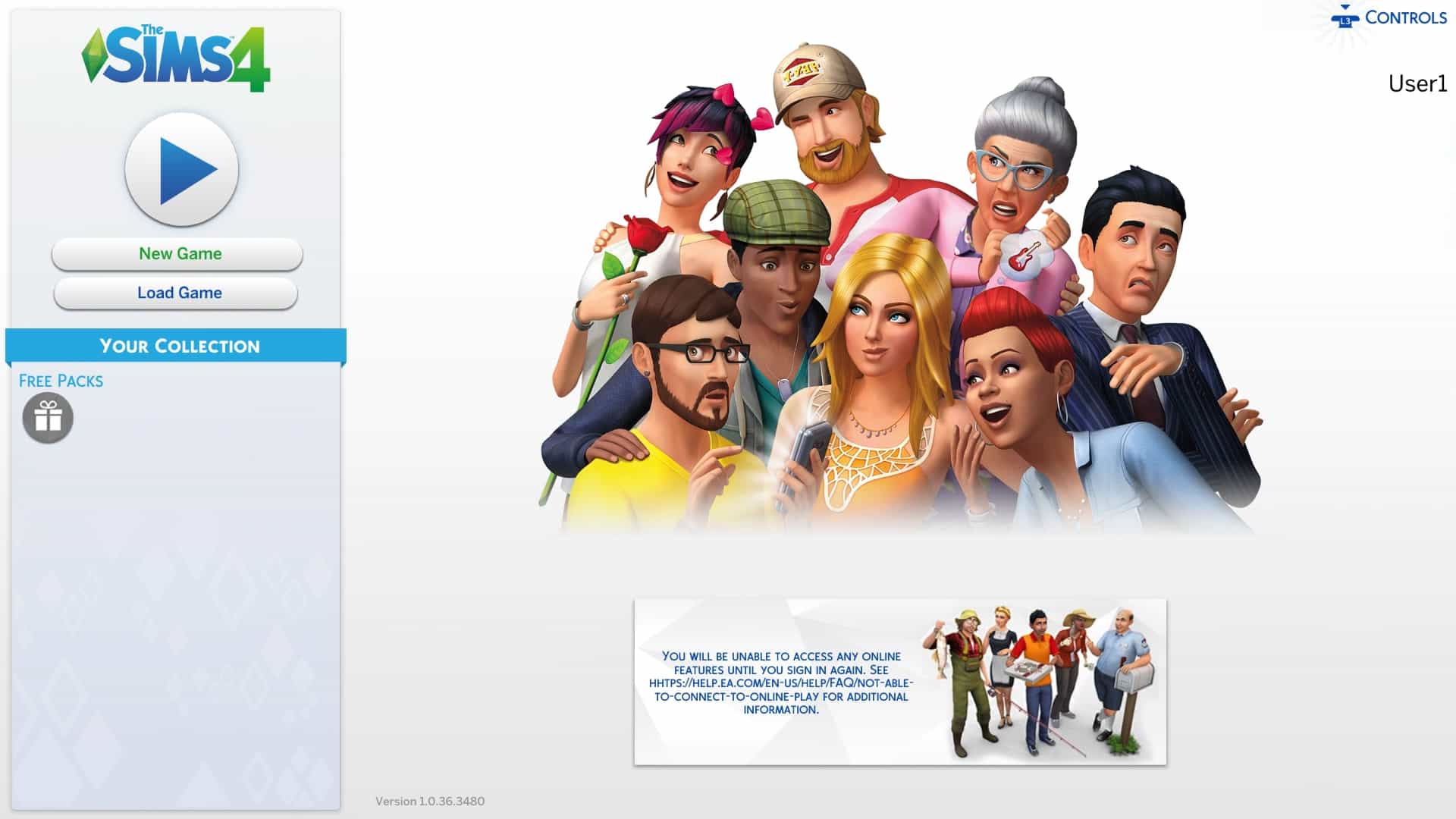 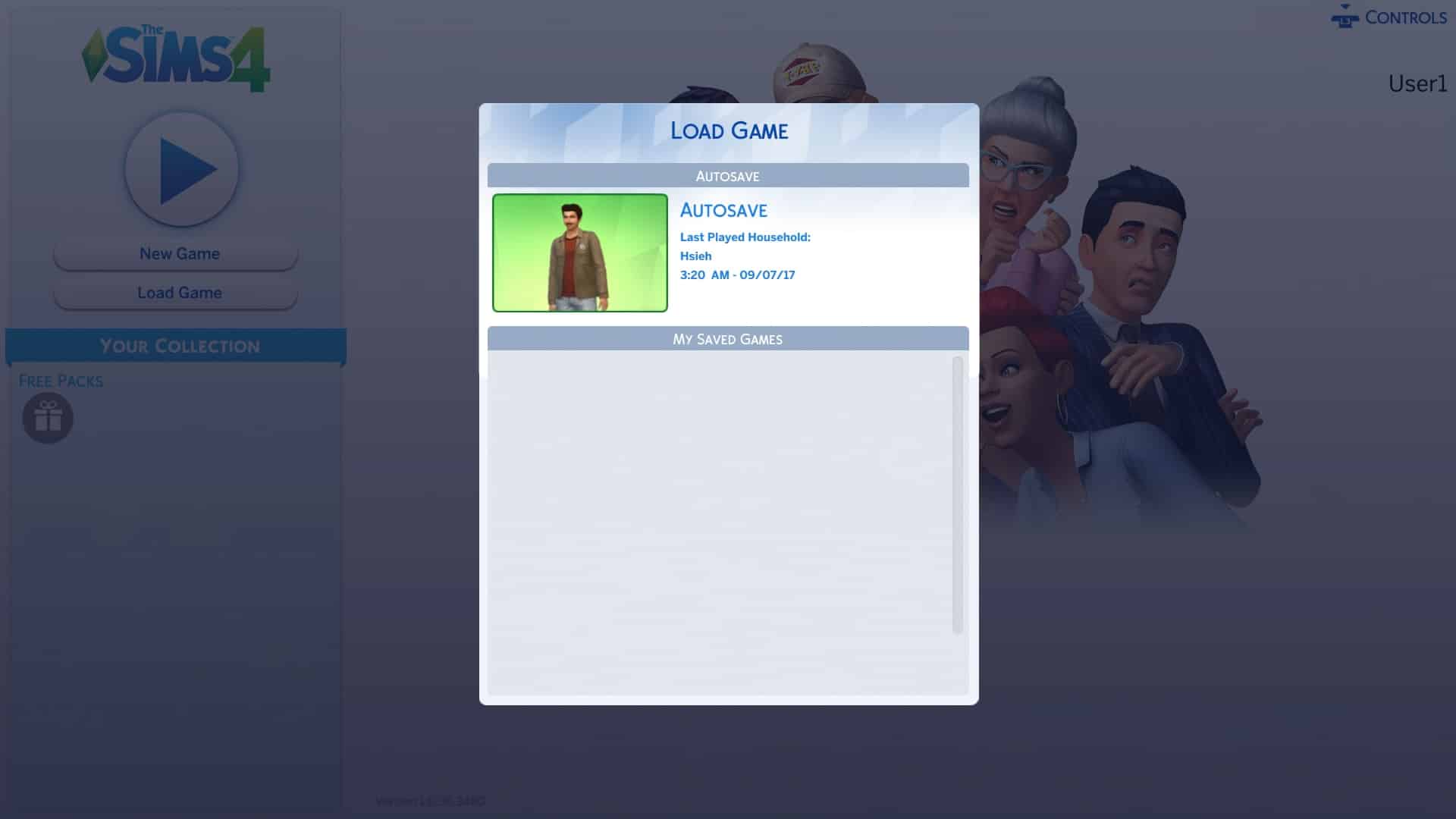 Create A Sim, just like other segments in the game take some time to get used to. However, after I got the hang of it I managed to Create A Sim just as fast as I would in The Sims 4 for PC. You can take a look down below:

The user interface is “seperated” into two fields that you can control (and this applies to Live Mode and Build Mode as well). By clicking your touchpad you can switch between these two fields. You can move your cursor inside the first field while you’ll be able to go through the UI interface in the second field. 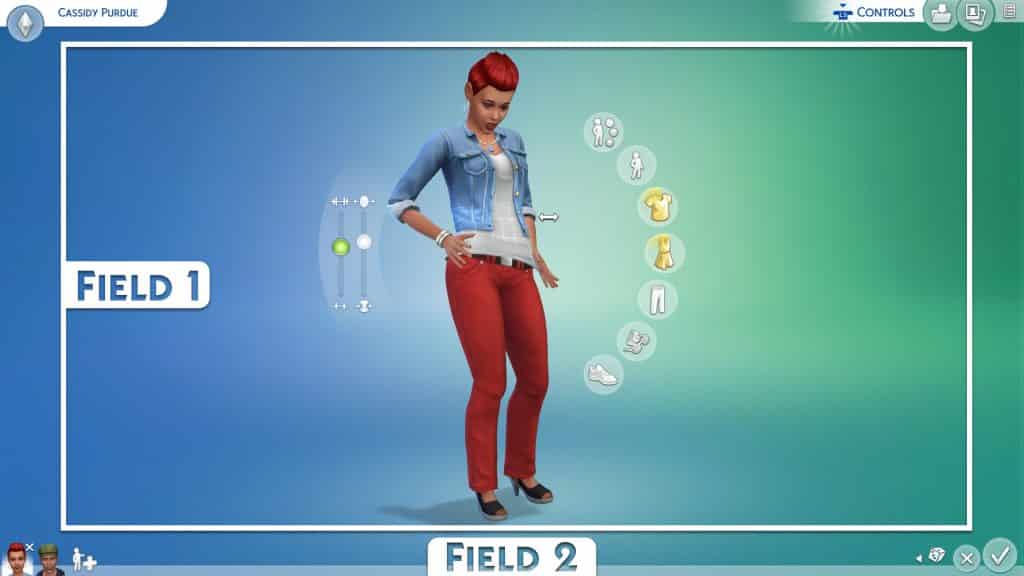 A minor difference with Create A Sim is the fact that moving face parts in detailed edit mode is really sensitive with the analog stick. Adding finishing touches may take a little longer than what you’re used to.

You won’t be able to share your creations with the world using The Gallery feature that we have on the PC. However, the library feature is still available to save all your favorite Sims, Lots and Rooms. 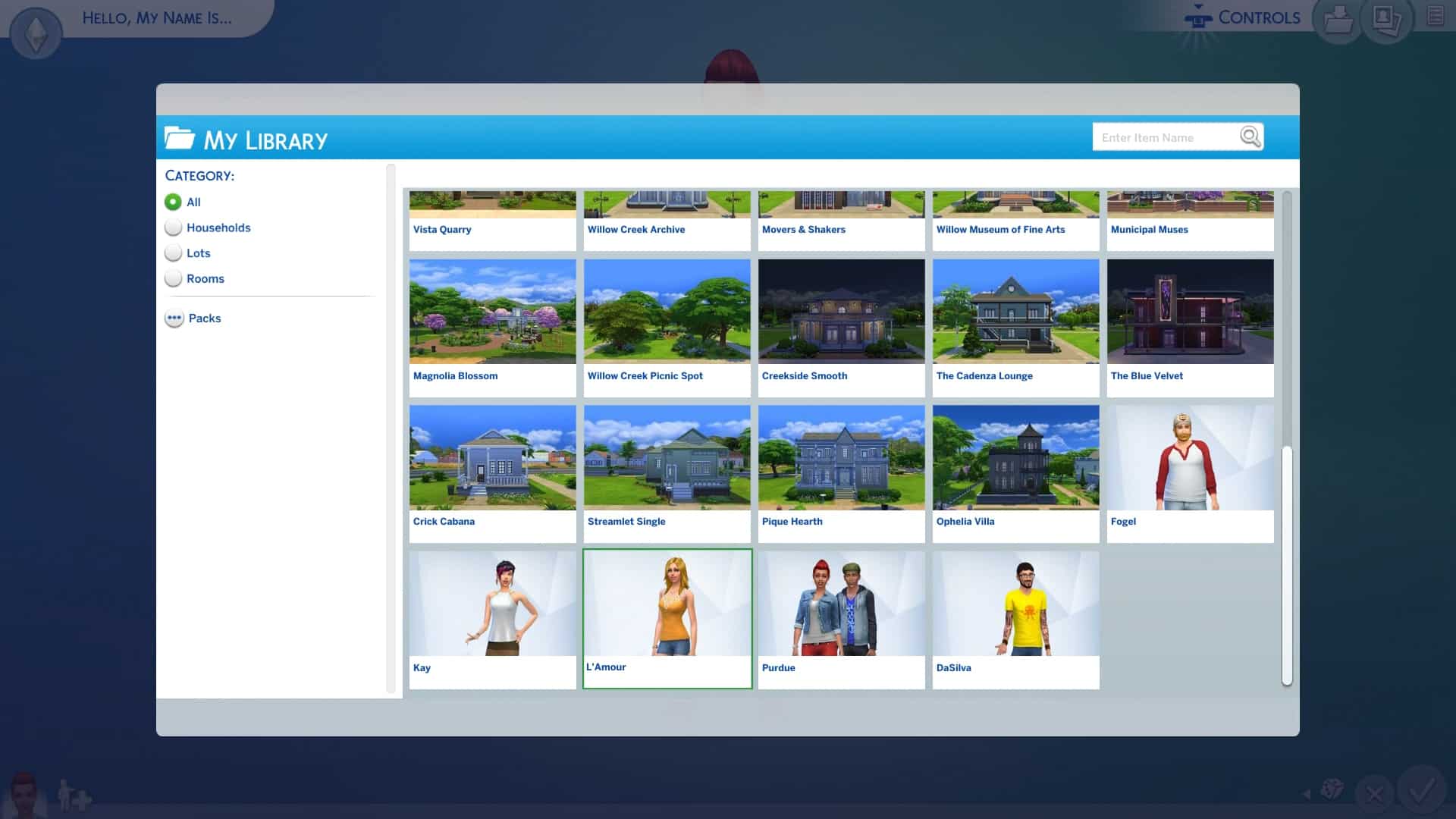 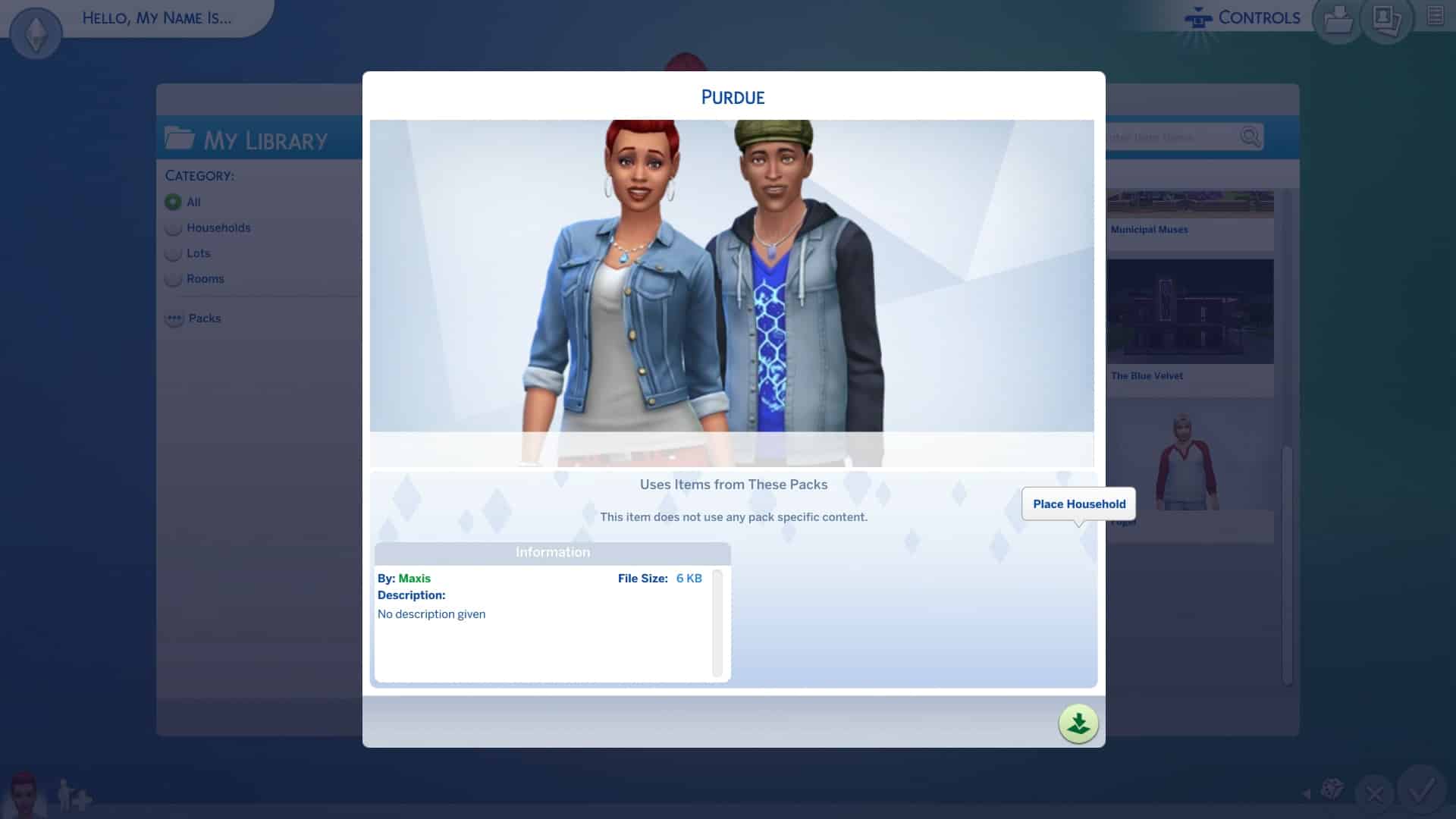