UPDATE: The Sims Team has posted the tweet again on their twitter, only this time saying “Next Sims 4 Experience”.

EA PLAY is returning to the Hollywood Palladium from June 9th to 11th! Here’s your chance to play our next Sims 4 experience. Pre-Register for EA PLAY at https://t.co/vahLA2UtiZ pic.twitter.com/I3KnVtamvV

The Sims Twitter has published (and quickly deleted) a tweet, saying that EA will be announcing “Next Sims Experiences” at EA Play which is held this June in Hollywood.

This isn’t the first time that EA has teased new things for Sims coming at EA Play. A few weeks ago EA France has teased upcoming Sims announcements, saying “What if we talked about the future of your favorite Sims game?” 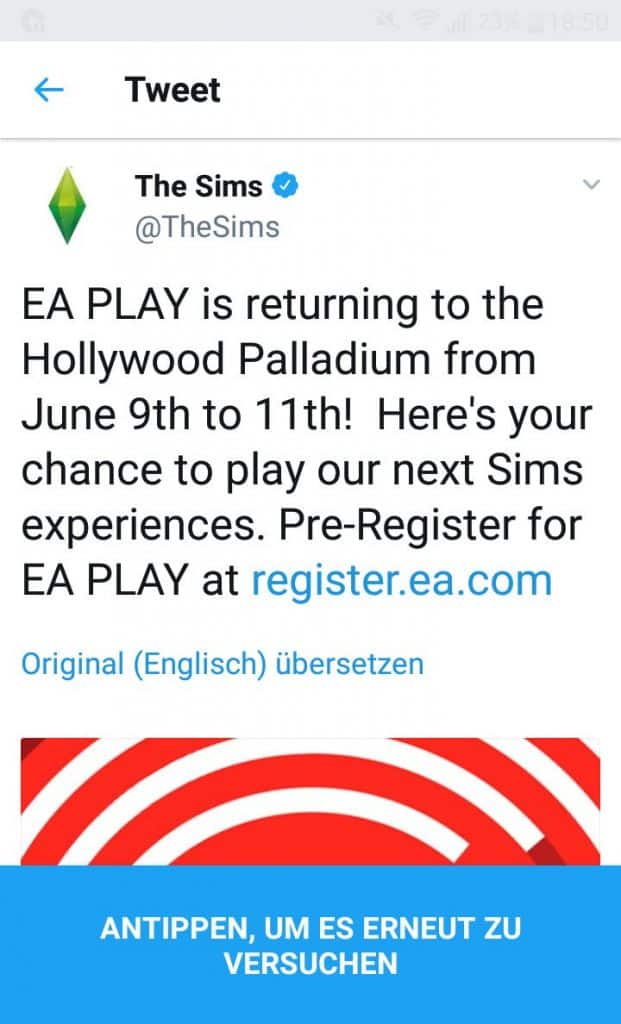 What exactly will be announced at EA Play? Stick around on Sims Community for upcoming news about the next Sims experiences!