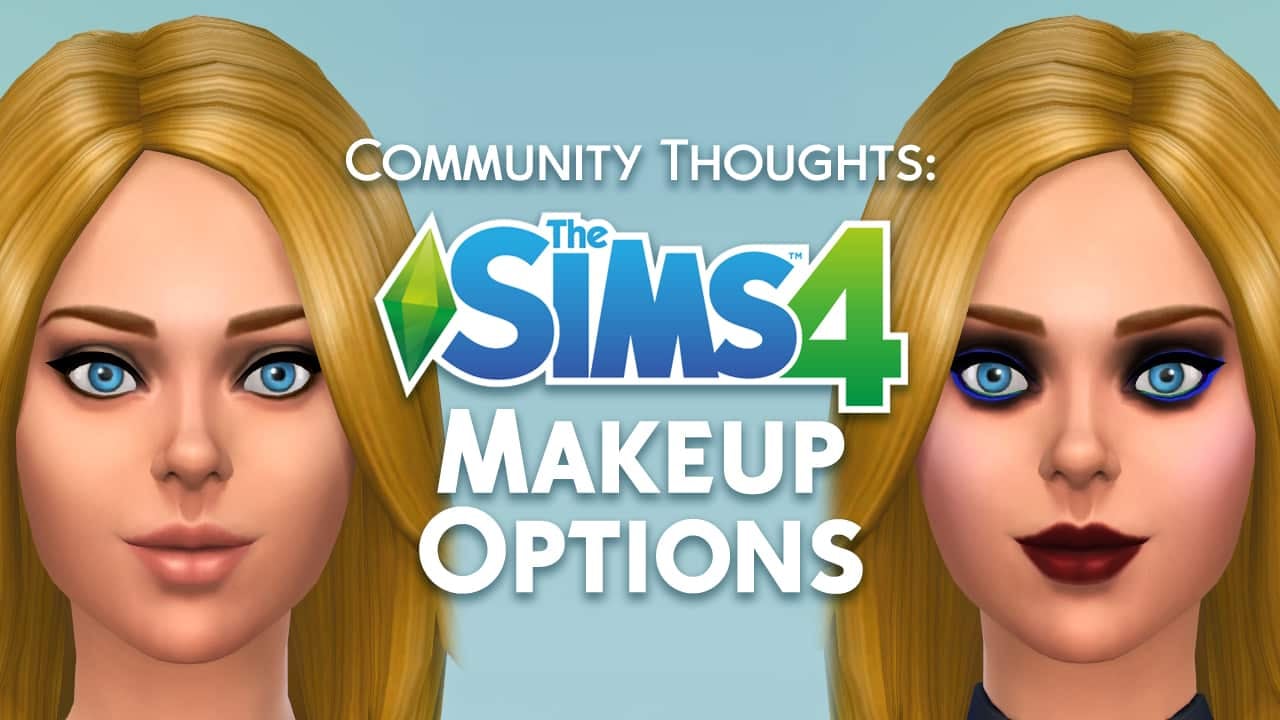 Ever since The Sims 4’s release in 2014 the community always felt like the game could do more in terms of makeup options that we get in Create A Sim. We’ve gotten a few extra options with Get to Work, Luxury Party and Get Together but in the last 3 years there hasn’t been anything done or added to the current catalog of makeup that would improve the experience of stylizing our Sims.

Other than the fact that we don’t get enough makeup categories that would help stylize specific parts of our Sims’ faces, the makeup we have right now is lacking to make our Sims stand out. Makeup offered with The Sims 4 Base Game is either too subtle or too visually striking. It’s especially hard to put makeup on Sims with darker skin tones. For example, there are only 5 presets for the “normal” Blush makeup option while there are 35 different skin tones in the game. The 5 blush presets only look good for some skin tones and even for those skin tones it’s hard to give the player full control over the makeup they’re wearing considering that some prefer to give their Sims certain levels of subtle makeup. 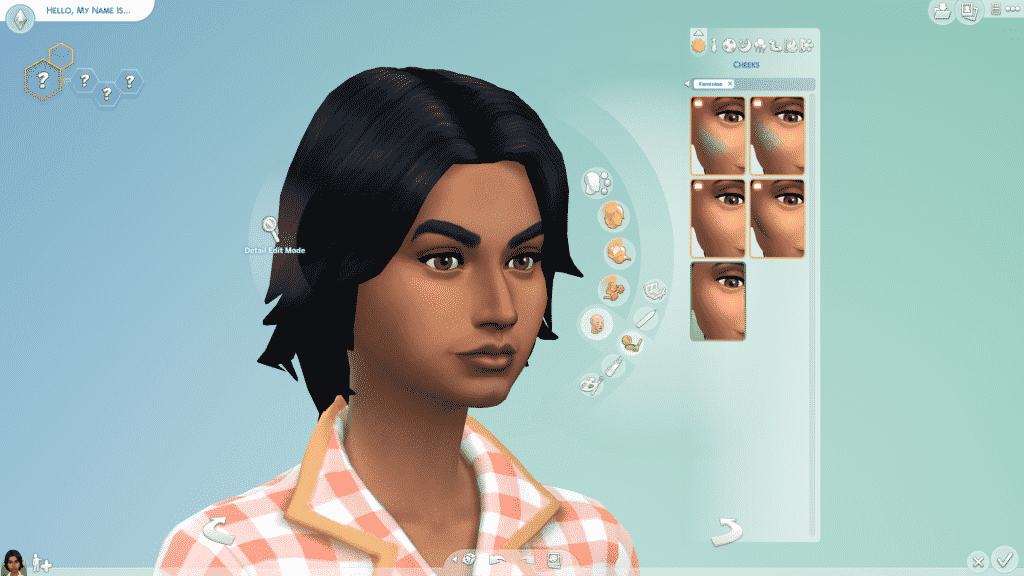 Those are just the lacking blush options that we have. There’s also lipstick, eyeshadow and the eyeliner makeup items that need improvement.

Makeup trends have changed tremendously in the world over the last few years. We know that The Sims 4 has its own universe of its own fashion rules but The Sims Team often knows how to hit the jackpot when it comes to adding trendy (and traditional) hairstyles and outfits that are inspired from real world. You can even see Concept Art from The Sims 4 that we occasionally post on our website which proves the point that the team uses references from the real world as an inspiration for The Sims 4 universe. Why doesn’t The Sims Team use today’s makeup trends to improve their lacking catalog of makeup in The Sims 4? We still don’t have an answer to that question but we did ask our Twitter followers about what they think about the current makeup options and features in the game and how they think it could be improved.

Here are their thoughts:

We stan a beat face. I feel like we need some trendy makeup light highlighter, 3d lashes, contouring, more lipstick shades. We got some matte lipsticks with Get Together but I find the outline is rough making them pretty unusable

my first thought … EYELASHES!!! I need those black permanent marker lines gone – and eyelashes that can be lengthened – thickened and more like the kijiko ones that everyone uses as default! Id like to see more winged liner… I think CC has spoiled the makeup game tho tbh LOL

An opacity slider would be great! Also adjustable eyelashes if that counts

More lipsticks with lip liner and more colour swatches. I feel like we get one or two swatches that are natural and usable then loads of crazy colours that are a little over the top.

WE WANT FAKE EYELASHES THAT LOOK LIKE ACTUAL LASHES! Lol

They just bought out seasons, having palettes suited to each season as well as a night and day color wheel so there is more choices would rock or perhaps make each eyelid segment have the ability to choose a color to customize our own! OR BOTH!

I’d greatly appreciate new blushes for all skin tones and more natural Smokey eyeshadows, with lipstick that isn’t insanely colored and can actually be used on all skin tones. 🙏🏻🙏🏻🙏🏻

Y’all DESPERATELY need more options for dark skin that don’t look either garish or refuse to show up at all. I have to use cc makeup constantly, even just for a nude lip

Some of the new eyeshadows don’t line up with the eye shape or eyebrow. There’s one in particular where there’s supposed to be a highlight under the eyebrow but it only fits properly under certain brow shapes.

Auto-contouring/highlight (bc ya girls can’t even do it on herself lol), lashes, more swatches or a slider for a more customized feel, nails would be cool too

What are your thoughts on the current makeup options and how do you think they can be improved? Let us know in the comments!