Today, we will be counting down our list of “10 Annoying Issues in the Sims 4” that are not yet fixed and must be dealt with as soon as possible. Please keep in mind that these are not all my personal opinions, I have been asking questions and gathering feedback from the community for the last week and I picked one or two issues regarding each problematic categories which follow as CAS, Build-Buy, Babies, Aspirations, Careers, Occults, and Emotions! I have left the issues about the personality system out of this list because my previous article suggested a sort of fix to some of those problems.

Beware, this is a long read!

Did Jeffree Star think of this game when he wrote this song back in the 2000s? I think not, but the title of the song almost directly refers to us simmers. Situational outfits, one of every simmers’ nightmares. Whatever algorithm the game is currently using for situational outfits is not working well. Thanks to mods like MCCC, players can stop their Sims from appearing in sausage costumes or anything less ridiculous, but there still is no official fix to this problem. They must either repair the system or scrap it as a whole. No one likes it anyway!

While we are on CAS related issues, let’s not forget about the horrendous amount of bugs that were reported and exposed on a certain list that the team has not promised to fix yet. Like some Discover University outfits not appearing for certain fashion choices, weird accessories appearing on towel outfit or some other DLC CAS items not working correctly, etc. We would love to hear more about this subject.

9) Glyph of the Chameleon… wait, what?

A glyph simply alters a character’s appearance and is a cosmetic feature of World of Warcraft. Glyph of the Chameleon makes a druid’s animal form to change colors each time they transform. But this is the Sims 4, not World of Warcraft, right? Yeah, indeed.

This is how we all started to wonder why the hair and eye color system is so persistent in changing randomly especially when it comes to Toddlers and Kids. Probably it is a coding issue which must be dealt with, like, now! Otherwise, the game should bring some other glyphs that would allow us to stick to one certain appearance. Oh no, wrong game, again!

Also should note that there is another huge complaint about spellcaster eyes not working properly and mermaid forms/features not linking properly to their human forms. Some CAS mechanics must be repaired.

After the release of the Sims 4, build-buy had been the number one controversial feature of the game for a long time due to lack of some essential tools. There have been numerous bugs that were thankfully fixed in time, desired tools were added and improved as well. But there are still some issues to be addressed here.

Have you noticed that you cannot change the wallpaper in an apartment building in San Myshuno? Well, once you change it, you cannot alter it anymore. This is just a mere example of how something so little can be so troublesome. 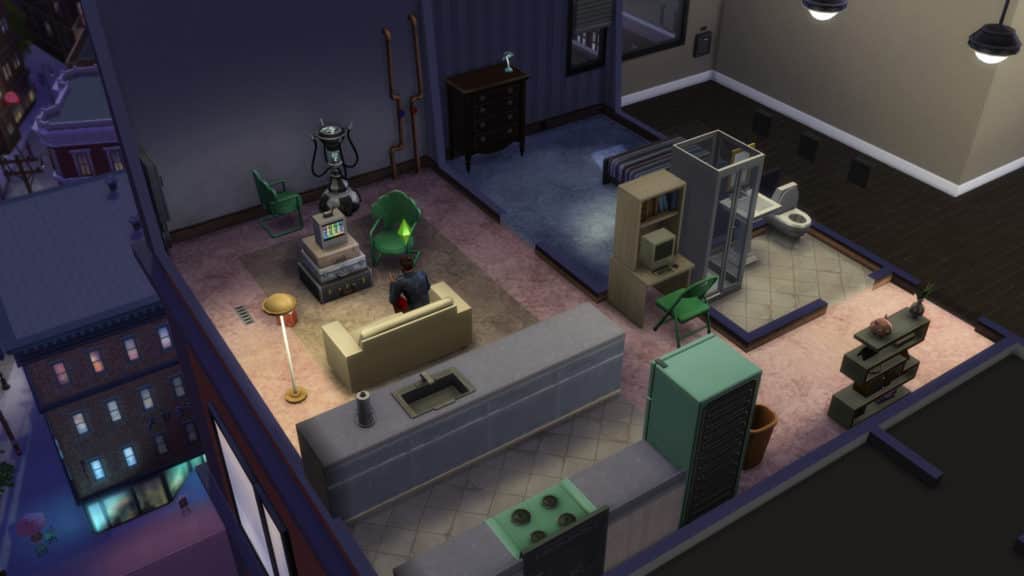 Another issue in buy-build mode is that diagonal fences do not work properly for some reason. Especially when you try to put a gate on a diagonal fence, it makes the game glitch and makes any piece of the fence the gate touches invisible. The floor terrain also gets cut sometimes when building on a diagonal. As you can see below, there is a glitch hole in the grass. And no, this isn’t related to any mods or CC or cheats. 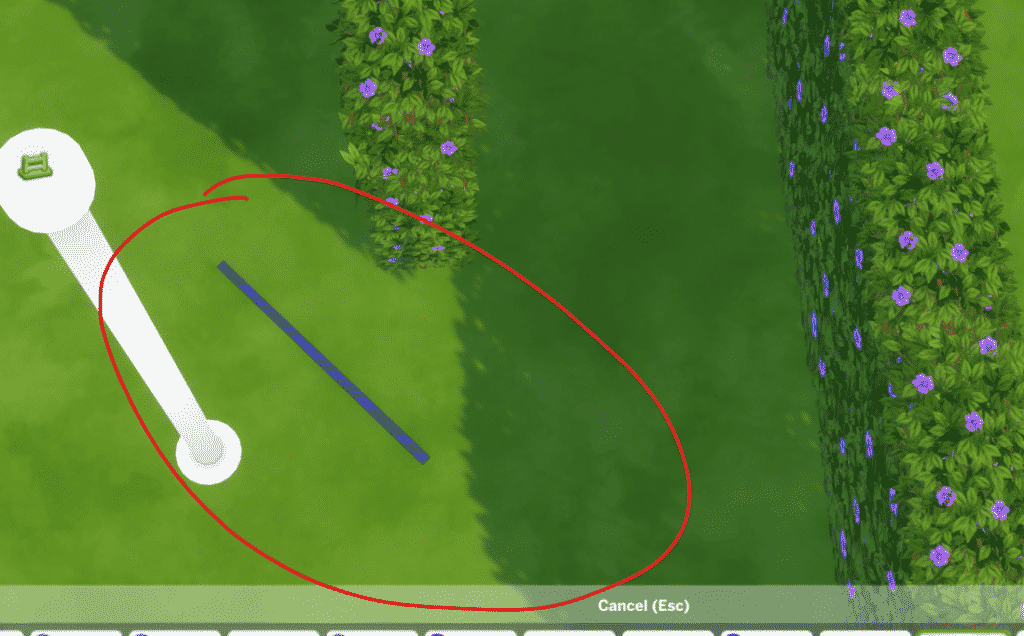 Now just think about something bigger, way bigger… Every single Sims 4 builder I know is frustrated by the fact that they cannot adjust lighting color and intensity in build/buy mode. We do hope that the game team decides to spare some time on fixing this issue in upcoming patches. Fingers crossed!

7) Where is my baby? Is this thing even a baby?

A considerable percentage of the player base is not happy about the newborn babies technically being objects. I personally do not mind it since it was quite painful to keep up with their needs in past games, but this treatment also feels brutal. Have you ever lost your baby after moving out from one house to another? Worry not, the baby is probably in your family inventory. YES, since the newborn babies are technically categorized as objects, they are being put into family inventory while moving out. Maybe just when moving out, they could be put in their parents’ arms. Just maybe. Or another solution could be making them actual Sims without changing how they work mechanically. Anything that would show us, players, that the team actually cares about such loud player complaints.

There has been a lot of complaints about how celebrities work, such complaints that made me not want to buy Get Famous expansion pack. No matter the scenario, Sims will always get astonished by a celebrity sim around them, interrupt everything they do. And famous Sims themselves constantly get “React in Disgust” interaction on their queue but they almost never actually do it, but it still interrupts whatever they are doing. It can be not a big issue for some people, but it is for gameplay oriented simmers. Imagine how many weddings or any other important events were ruined because of celebrities.

For this one, I’d like to remind the game team that people assume time is a strict progression of cause to effect, but actually, from a non-linear, non-subjective viewpoint, it’s more like a big ball of wibbly wobbly timey wimey stuff. Have any of your vampire Sims got invited to an event by other vampires during the day when the sun is high and shining bright? And have you ever tried to call other vampires at night and they got angry at you because “it is the middle of the night”? Well, duh! I believe they should already have some basic knowledge about what is good for them and what is not as vampires. Like sunlight! It is just one of many little annoyances related to vampires that must be fixed along with the rest.

4) Cursed for an eternity! 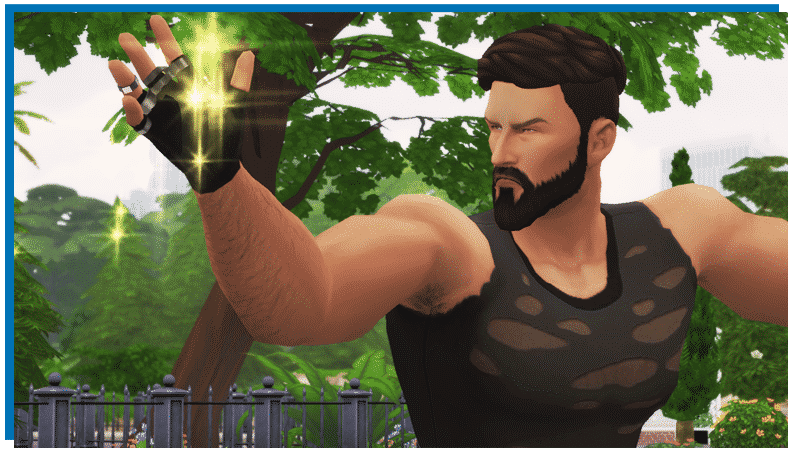 You would expect fewer issues with the most recent content but you just wish. There are a lot of issues related to spellcasters that I do not even feel like allegorizing here. Eg. CAS issues are not limited to their eyes not working properly, they may get duplicate makeup in the catalog, born spellcasters may not get the occult face customization and they forget spells when they are saved in the library. There are also some gameplay issues that must be fixed like ex-occult Sims can’t complete spellcaster aspiration when they become one, newer generations of spellcasters face issues with XP gains and spellcaster UI because of their bloodline traits. This is the latest game pack, this is the Realm of Magic. Please, EA, please, just fix them.

People have been telling me that Freelancer Career is broken. Some daily tasks simply cannot be done without mods like UI cheats extension. I personally find it a bit amusing how unintentionally it reflects the painful aspects of being a freelancer in real life. Imagine how cool it would be if this was intended as a side-feature for branches like Digital Art, your sims getting artist’s block and such. As a hobbyist digital artist, I believe I can speak on behalf of the people like me, there certainly are times that we get stuck with our productivity. But this sure is not intended to function in such a way. Like, if a sim actually completes a task, the criteria must be fulfilled. This summarizes our point that problematic careers, especially freelancer career must be fixed.

There are a handful of bugs related to aspirations and we do hope the team finally decides to spray them in a future game patch. It would take longer than you would ever expect it to be if we listed down each problem but I will give you some examples. Since the title of this article suggests, maybe we should highlight some that are relatively more annoying than the others. Which bugs are more annoying than others when it comes to aspirations? Well, the ones that prevent players from completing them, obviously! “Not being able to complete aspiration as a spellcaster” or “master vampire survival days reset on travel & reload” or “reading certain books does not count for the knowledge aspiration”. I believe we all have an idea about how annoying these are.

While I was doing my research, I noticed something that troubled me a lot. The majority of the people were unhappy about the lack of aspirations and how all Sims feel too similar after a while. I want to pause here and state that I kind of agree with the developers’ choices when it comes to aspirations. There is no point in adding more aspirations if there aren’t going to be any meaningful, unique, exclusive rewards for completing an aspiration. Maybe they should improve the rewards alongside the aspirations so every new opportunity will actually get us hyped for more gameplay. 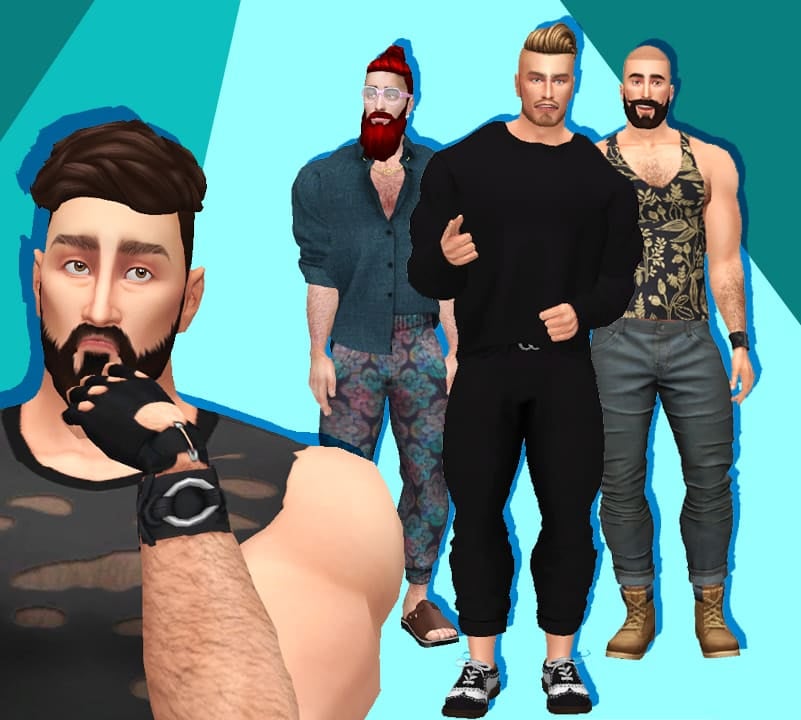 Can you recall the first time you ever heard of the Sims 4? If you struggle, let me take you down to memory lane. In 2014, Rachel Franklin, the executive producer of the Sims 4 at the time being, gave the first initial gameplay presentation. The main focus of this presentation was the whole new “emotions system” and they were so proud of it. After they told us about emotions, they promised that there would be more factors on how a sim feels than our actions. I hate to tell you but the emotion system is not good at all. And this is disappointing. It is clear that our Sims need more mental abilities or stronger personalities to make sense in some scenarios. To make this one clear, I will quote one of our followers’ tweets about one of their experiences in-game and I will let you have your own opinion on this matter.

“I once had 3 Sims go out together. Two were a couple that was on a date. Suddenly the third sim who was a vampire had an emotional meltdown, became enraged and drank the girlfriend’s plasma. But despite a vampire biting my sim’s girlfriend, leaving her numb on the ground and ruining the entire date, my sim stood there smiling with that creepy joker grin on his face the entire time. He could have at least got upset.”
-Angel95535563

Well, I am not surprised! I bet we all had been there and seen that! You must also check out these tweets about how emotions have too much influence on our Sims to such a point that they are controlled by their emotions and they are acting the same despite having different personalities because of it. This is a major issue of the game in general. And this is probably why we will keep asking for more, like more traits, more trait slots, more aspirations, horoscopes, favorites, turn-ons/offs, interests, all of that. In the long run, fixing the emotion system must help.

If you managed to read this far, thanks for staying with me! I hope I could voice some of your biggest problems with the game! Although it is nice that the dev-team acknowledges most of these issues, I believe that it would be more reassuring of them if they released a schedule for upcoming fixes.
Do you agree with our list? What would you like to add? Feel free to share your opinions with us down in the comments!
Be nice to yourselves!