Apple’s Mac OS updated to Metal about a year ago, which is a new API that helps deliver Graphics to video games. The problem with the latest Mac OS Update was that it only supported 64bit video games, which of course excluded The Sims 3 that was built entirely on the 32bit structure.

A few months ago EA had announced that they started working on a 64bit version for The Sims 3 that would be exclusive to Mac computers, because without the needed work to upgrade the game on Macs people can’t play the game at all. They mentioned that it might take some time and that the original plan was to get it out in early 2020. They gave an update a month ago saying:

There’s been good progress since the last update, but there’s still some challenges. We’re working on them.

Today, people have started reporting that they’re seeing a whole new version of The Sims 3 appearing in their Origin Game Library. For Windows players it started showing up with a notice saying “Only Available for Mac” while for Mac players it states that it’s the new “The Sims 3 64bit & Metal” version but unfortunately it’s still not letting them download the new version. Considering that the rollout has just started for players we could see the game become completely playable in the next few days. 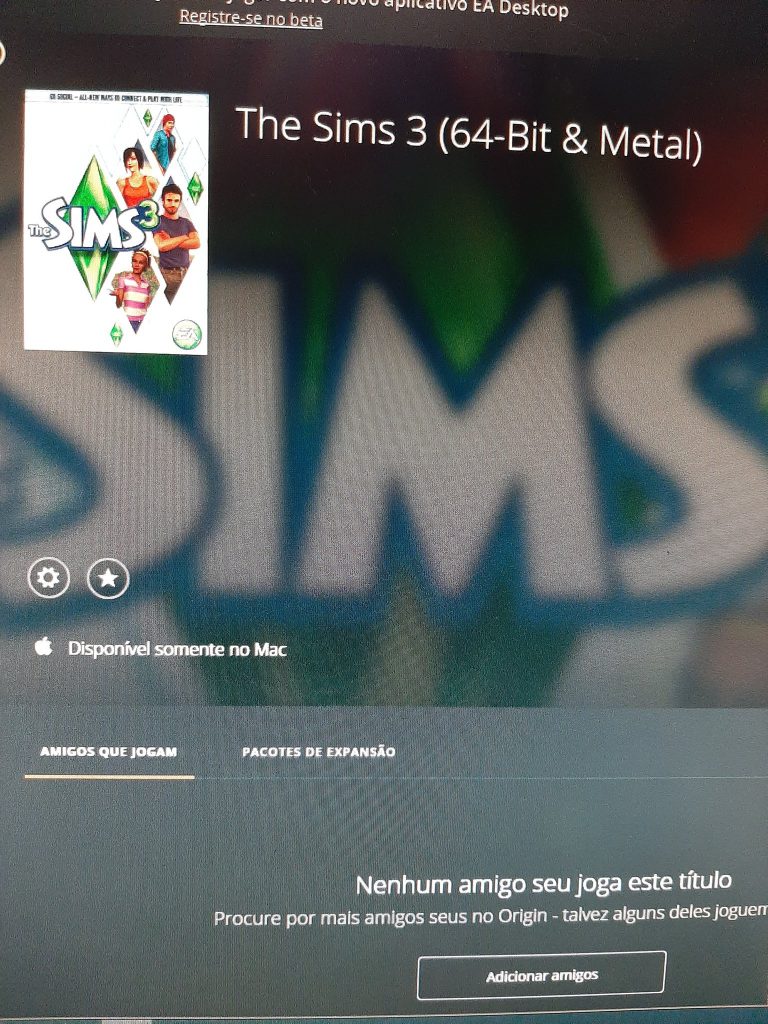 If you want to know more about why these updates are happening, check out EA’s official FAQ down below:

If you currently play The SimsTM 3 on Mac, pay close attention to this announcement!

Earlier this year, Apple announced plans to phase out support for 32-bit applications with their new macOS, Catalina. Due to this change, we will be releasing an updated version of The Sims 3 that will be compatible with the new macOS, The Sims 3 (64-Bit & Metal). We will also be making all DLC content available in this new format, as well.

If you are an existing The Sims 3 owner, we will have instructions on this page which will walk you through the steps to get your copy of The Sims 3 (64-Bit & Metal) Edition when it is released.

When will 64-Bit & Metal Edition be available?

This change is planned for early 2020. We will update you once we have a confirmed date.

Will I be able to get the 64-Bit & Metal Edition through a patch to my current game?

Will the minimum specifications be the same as The Sims 3?

What if I can’t update my Mac?

The Sims 3 and all the packs will be available in their current form for those players who choose not to or cannot update their Mac to Catalina.

Will I need to buy The Sims 3 or my packs again?

Will The Sims 3 (64-Bit & Metal) Edition release for Windows PC?

There are no current plans to update the Windows PC version of The Sims 3. Version 1.6.9 is available to The Sims 3 players via Origin.

What do I need to do to make sure my game is saved before I update to macOS Catalina?

While updating macOS to a newer version should be straight forward, we recommend you backup your saves before updating to macOS Catalina. You can find The Sims 3 save files in Documents\Electronic Arts\The Sims 3. Simply copy the entire The Sims 3 directory somewhere safe like your cloud storage of choice (eg. iCloud, Google Drive, OneDrive, Dropbox, etc.) or a USB flash drive. This will backup your downloaded content and your save files among other things.