The Sims Team released an official blog post talking more about their BIG upcoming update for The Sims 4 which addresses Skin Tones and Makeup. Not only will we be getting more than 100 new Skin Tones to choose from but there’s now also new sliders to accompany the tones – along with new sliders for makeup as well!

Check out the preview below:

A few weeks ago, we shared some of our plans for updating skin tones and diversity options in The Sims™ 4, and it’s time for us to check in again! Our team has been hard at work on this important initiative. Find out what to expect over the next couple of months ahead.

Where We Are Now

On October 6, we launched a PC base game update* that improved issues with some of the existing darker skin tones. Specifically, we addressed the color banding that appeared on Sims’ cheeks and foreheads, which created a streaked and inconsistent appearance, and fixed discoloration along the nose tip. Doing so allowed us to create a consistent tone across the whole of the body, allowing for the shadows and details to be more visually distinct. (You can read about the specifics below to see whether the update applies on your computer.) We also tweaked the male afro and braids base game hairstyles to reflect the detail, texture, and style of their real life counterparts. Console players will notice those changes reflected in the November 10 update.

These improvements are just the first step in our plans to give you the tools you deserve to express and represent yourself.

An Important Update Hits This December

On December 8, we will be adding over 100 new skin tones to The Sims 4. Every skin tone will have a value slider to unlock thousands of more customizable options. In addition, we’ll make compression improvements to make both new and existing skin tones display better, including strengthening the quality of suntans and sunburns. 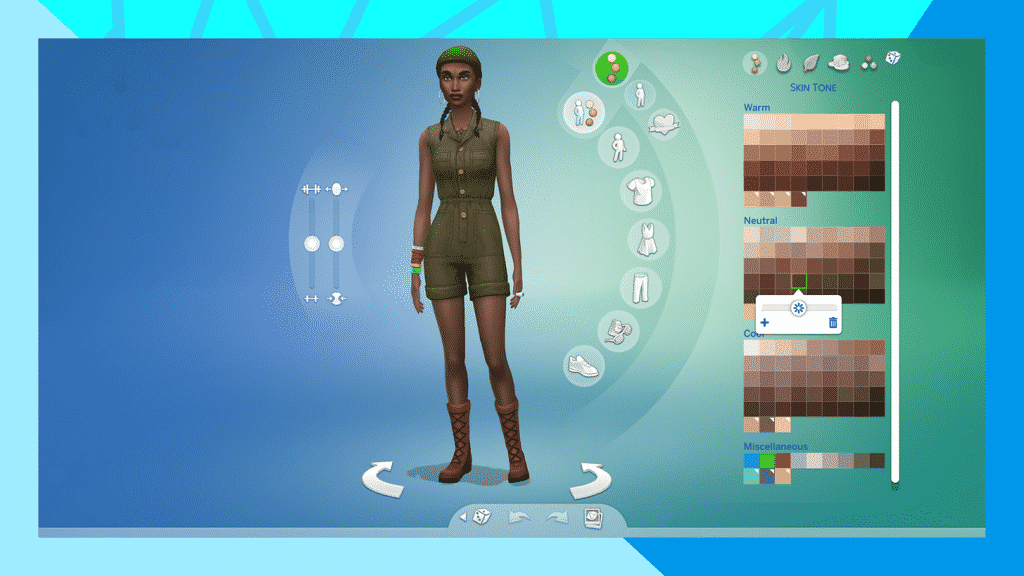 Our December update also includes the introduction of four makeup sliders to more freely complement all skin tones. The hue slider lets you control your color, while the value slider lets you adjust brightness. You’ll be able to adjust transparency with the opacity slider, and control how much color is in your makeup with the saturation slider. This will ensure your chosen makeup looks just right on your selected skin tone. 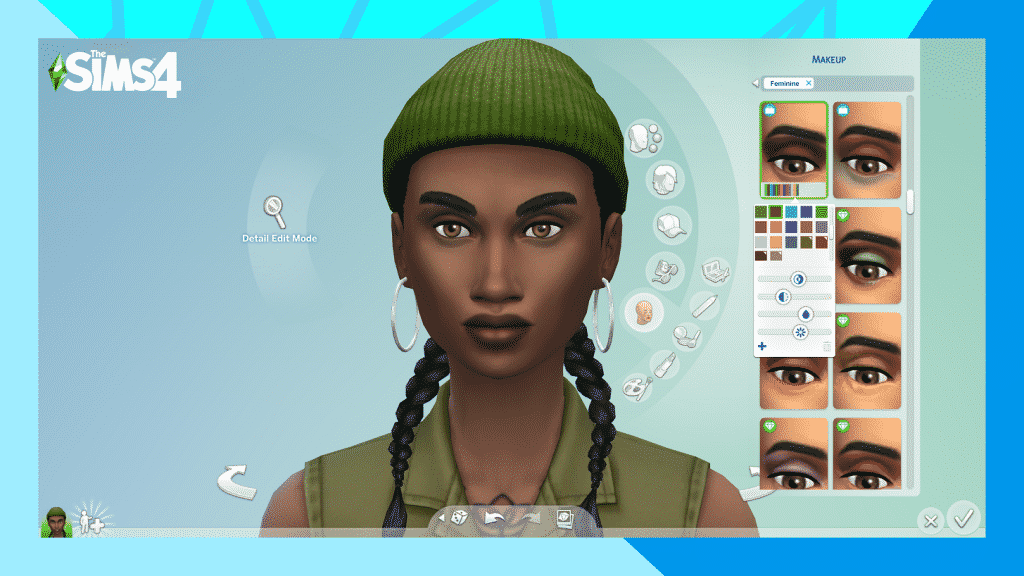 It’s our goal to ensure the representation in The Sims 4 is more inclusive. To do so, we’ve been working with consultants, including prominent community members like Game Changers Mia Zaff, EbonixSims, Rao, Xmiramira, and CatherineGames. They’ve been advising us in our endeavors to create a more inclusive game for everyone. It was their suggestion to add additional hairstyles without baby hairs in the December update, which is why there are three rather than the two we previously announced.

Going forward, we’re committed to continuing to improve The Sims 4 to give you the game you deserve. We can’t wait to see what you’ll create in the future, and we’re so grateful to have you on this journey with us.

We are working on this hair, too. We want to make sure we are getting it right, so we don't have a date for when this will be updated just yet. 💚