Back in 2018 we did a news report on Will Wright’s upcoming project called Proxi, a unique mobile experience that lets you turn your real life memories into interactive playgrounds! Just in case you don’t know who Will Wright is, and I’m sure many of you do – he’s the creator of The Sims Franchise and other Simulation Games from Maxis such as Spore, SimCity and numerous “Sim” titles. 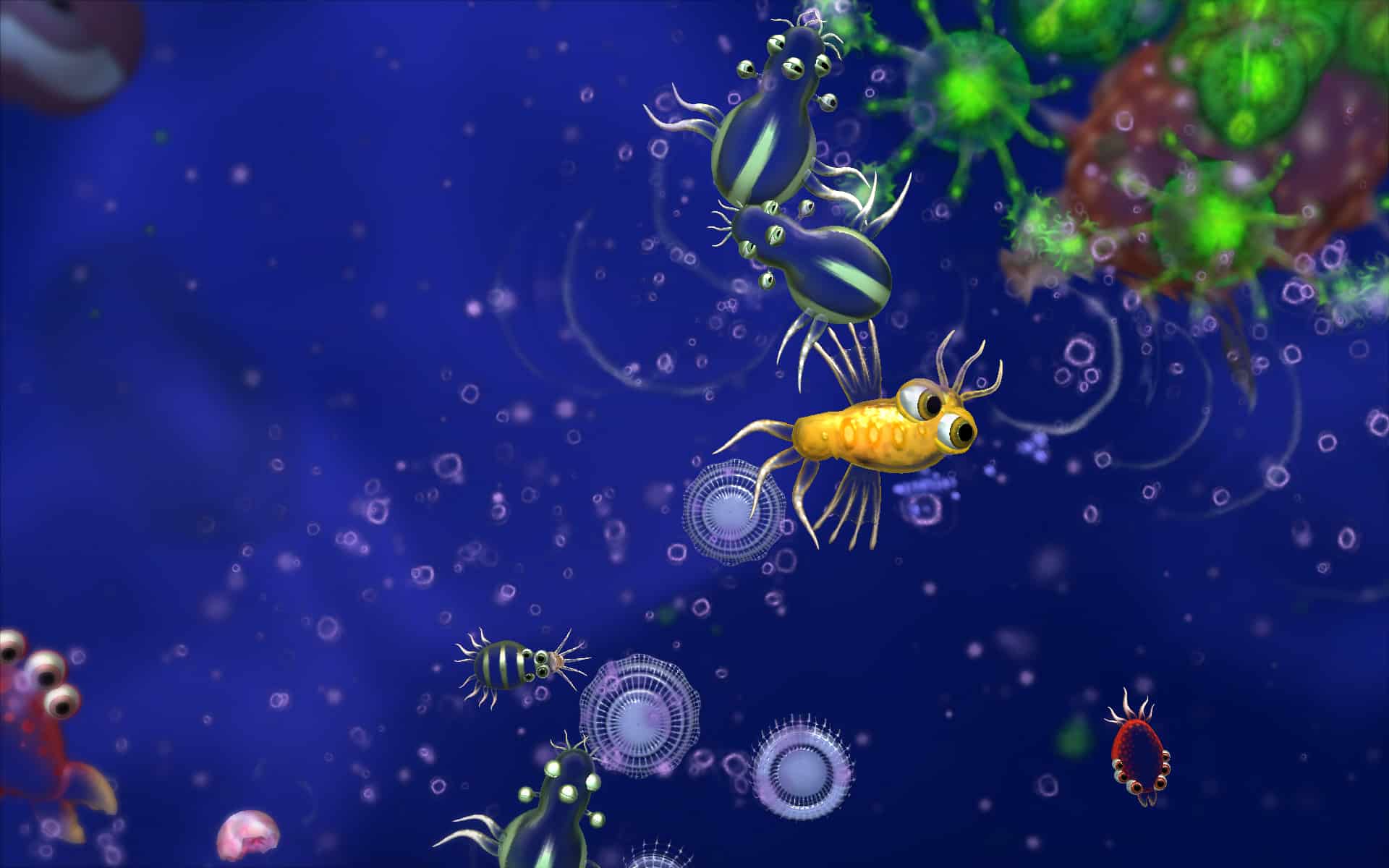 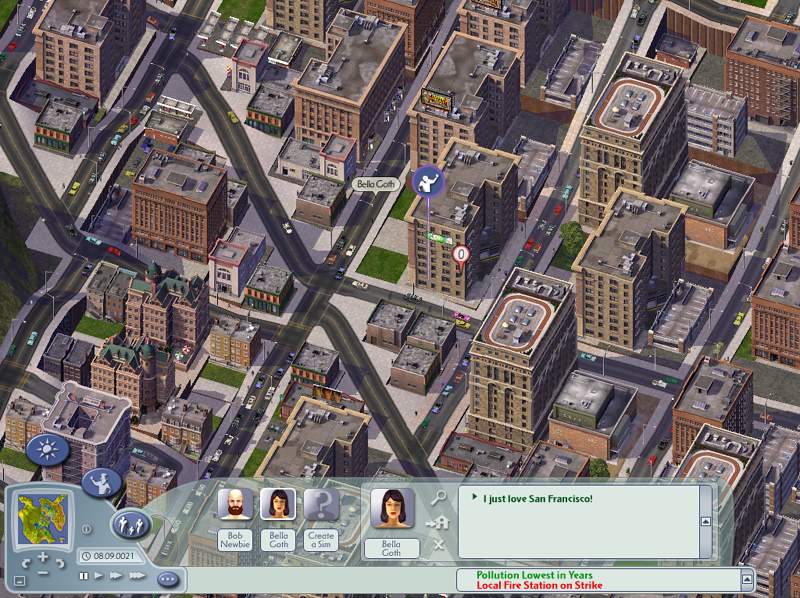 Today we have some more exciting news about Proxi, including some of the main features, in-development screenshots and developer livestreams done by the creators of this game!

Just a couple of months ago PCGamesN reported that the team behind Proxi reached out to popular modding sites, including the well known ModTheSims and NexusMods websites. They released a message stating that Proxi is opening a pre-launch community for players where they can collaborate with developers, go behind the scenes and earn special credit for their creations. There was a also a survey included in the message, but it was closed sometime ago.

Have you ever wished you could be immortal?

We’re looking for enthusiastic content creators to help us bring this concept to life. We’re taking applications for a private pre-launch community where members will get the opportunity to go behind the scenes, collaborate with the dev team, and earn credit for their creations!

I look forward to seeing your responses!

So, what is Proxi anyways?

As described by Will Wright and Gallium Studios, Proxi is a game where you get to create your own personal digital selves through personalized memories – using memory objects created by the official studio AND its player community. Through this players will get a stylized, digitalized version of themselves that you’ll be able to play with, including personalized mini-games that help you gain more insight about your subconscious.

It’s all very ambitious, strange and creative at the same time – and of course that it wouldn’t be a Will Wright game without all those 3 things.

Check out what the team (and Will Wright) have to say about Proxi:

Proxi is an AI simulation game where players first build digital dioramas representing their personal memories using thousands of digital “memory objects” created by Gallium Studios and its player community. Players will eventually be able to construct a digital version of themselves that they can interact and play with, and gain new insights about their subconscious.

Will Wright also shared some of his concepts and in-development look of this mobile experience:

At the moment Proxi is still in development, and currently it seems that the team is focusing on creating Memory Objects that help you visualize your memories!

There’s also a Development Roadmap on the official Proxi Website, laying out the current plans for the game. The team is currently pushing out their own Creator’s Toolkit and Community platforms, with plans to announce a new “Creator’s Marketplace” soon.

Yesterday they announced a pre-release sale event (which just recently concluded), including their collaboration with Forte, a service providing NFT experiences in video games. I wasn’t too keen on this aspect of the game and how it includes NFTs but we’ll have to wait and see for how this will shape the final product of this game.

SAN FRANCISCO–(BUSINESS WIRE)–Forte, an organization building a blockchain platform for video games, today announced the launch of the first NFT presale for Proxi, the new game experience from industry pioneer Will Wright. The presale, which begins Tuesday, September 29 at 9am Pacific time and lasts for 24 hours, offers two distinct packs of NFTs to the community. Each contains a mix of in-game, collectible, and community NFTs that augment the player’s experience of the game. The presale can be accessed at the official Gallium Studios website.

“I’ve always considered the community and their efforts an integral part of my games’ experience,” said Will Wright, Gallium Studio’s Cofounder. “With Forte’s blockchain platform, we now have a secure way to integrate and reward the community’s contributions. Our first presale is a way to officially thank the community and creators for their support with the game.”

“Will has reshaped our idea of what a video game can be time and time again,” said Josh Williams, Forte’s CEO and Cofounder. “With Proxi, he’s not just creating a breakthrough experience, he’s reinventing the very way games can be made by giving the community ownership of the content they create. It’s a privilege for us to work with Will and the rest of the Gallium team, and support their incredible creative vision, starting with this presale.”

Proxi is an AI simulation game where players first build digital dioramas representing their personal memories using thousands of digital “memory objects” created by Gallium Studios and its player community. Players will eventually be able to construct a digital version of themselves that they can interact and play with, and gain new insights about their subconscious.

Forte’s blockchain and NFT platform aims to address the growing misalignment between game developers, players, and fans. It unlocks the creation of new gameplay and world designs that directly support the long-term health of a game through community economics, the organization’s economic framework. In Proxi, Forte’s platform enables the community to own and manage the content they create, and if they choose to, monetize them via an in-game marketplace.

There’s an official Proxi Creator’s Community website that you can register on right now! The website includes Creator Tool Programs for PC and Mac, various tutorials on how to craft your own Memory Objects, Forums and more!

The Creator Tools that they’re providing are a bit tech-savvy, which they’ve further explained in their first developer livestream below.

One of the developers also did a cheeky joke on the beginning of the livestream with the “Spore 2” folder.

Other than the fact that the NFT aspect of sharing your memories online is a bit questionable and has yet to prove its value and worth for the game.

The official Frequently Asked Questions page has resolved some of the speculations on whether or not Proxi would be a game that heavily relies on NFTs. The team has replied saying that you won’t have to get involved into the “crypto stuff” in order to enjoy the game’s experience:

I’m definitely intrigued to see what Will Wright’s genius mind and the talented team at Gallium Studios have in store for us!

You can follow the progress and development insight on Proxi on their official platforms, including: