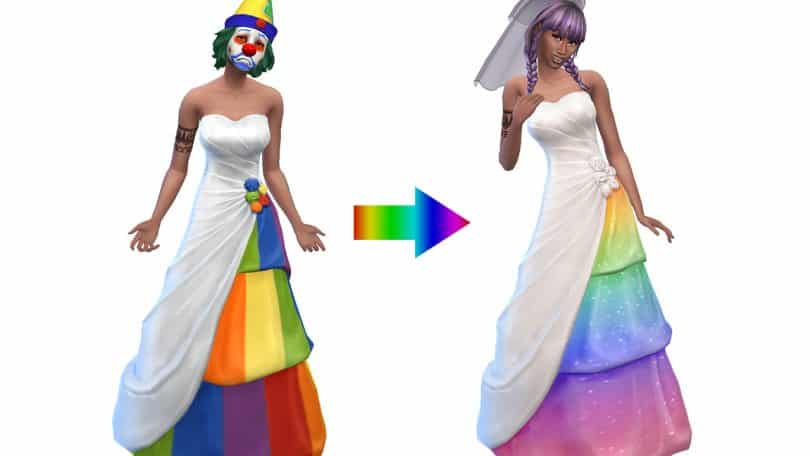 From pride clown to a beautiful pride gown!

The Sims 4’s latest update went back to the beginnings with the original Base Game wedding content!

The Sims Team went through the original wedding arches, masculine suits and feminine dresses to add new colors and variants. For the most part when it comes to solid and pastel colors they did a really good job. The dresses got to shine in a new light rather than the same old presets that we’re all used to.

However, there is a dark and twisted variant that nobody expected. I’m talking about the Pride swatches.

Here’s the thing – you can definitely see the good intentions behind The Sims Team to be more inclusive when it comes to these Pride dresses. However, I don’t know a single person who agreed with this dress.

I’ll let you be the judge:

Don’t get me wrong – I love the extra steps that the team is taking to be more inclusive with Pride content in the game. Still, these Pride variants feel like something a clown would purchase at Target’s Pride clearance rack in July.

It’s one thing to do Pride stripes on pockets and other small outfit details where a small detail like that would be appreciated. It’s another thing to go over the top and add Pride stripes across the entire dress – making it look more like a circus tent. Gradients and Pride colors that aren’t overly saturated go a long way, and the Custom Creator community proved just that!

CC Creators @FrenchieSim and @Sims4Zeussim proved their swiftness and talent by releasing updated Pride swatches for the game. All by releasing the new swatches and variants in just a day after the update.

The Pride Swatches created by FrenchieSim include various gradients all over the new dresses representing different LGBTQ+ communities. You have colors that include the Lesbian, Transgender, Pansexual, Nonbinary and other flag colors that represent each community accordingly. And all done so beautifully in the game.

Check out the previews:

Ready to have these in your game? Click on the button below to be taken to FrenchieSim’s download page!

Zeussim has also done an excellent job creating the new Pride swatches for the game. They’ve also included an additional layer of sparkles to some of the Pride variants so that your pride can truly shown while walking down the aisle!

Check out the previews below:

Your Sims can proudly say “I do” with these CC swatches that you can download below:

Looking to add more onto your Pride wedding look with a new veil? Zeussim has you covered with “Diane” and “Mary” veils that come along with new dresses. Click the button below to download! 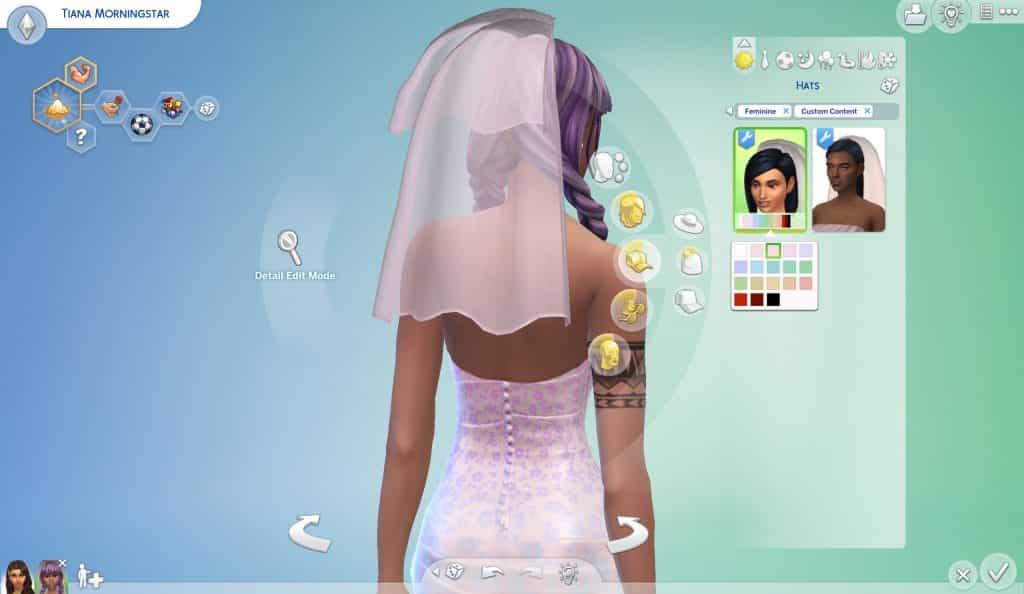