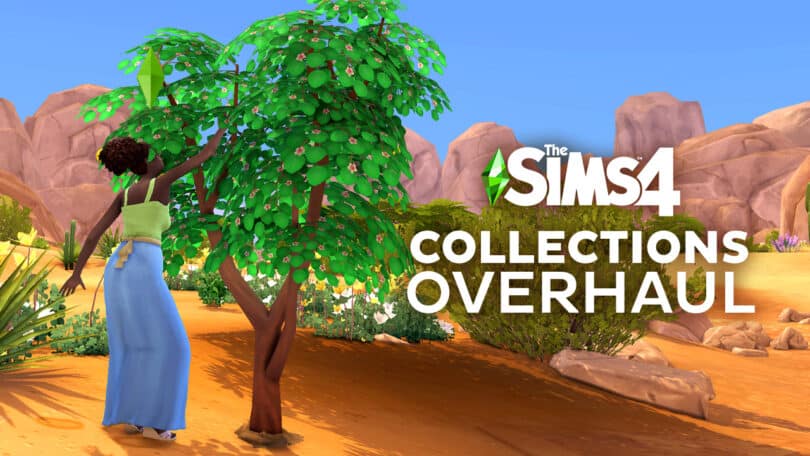 Carl has made collecting less of a chore and more fun!

Popular guide writer and modder, Carl, is on a mission to fix everything wrong with The Sims 4. He has previously released an overhaul of the retail system, as well as a mod to fix the forever-broken Dine Out pack. His latest project? Fixing collectibles!

In The Sims 4, completing all the collections can be a huge pain. It’s normal to have to put effort into completing collections. After all, it’s meant to be a challenging aspect of the game, but part of the challenge shouldn’t be just… hanging around in the same area for days, waiting for things to spawn. Currently, when you load an area for the first time, all harvestable collectibles start out in the seed stage; they’re just a plot of dirt in the ground. They need time to grow into mature plants that yield collectibles. This wouldn’t be so bad if they didn’t stop the growing cycle while your Sims aren’t in the area. When you leave, they stop growing.

The result? Your Sims have to basically set up camp in an area waiting for days for some of the rarer collectibles to become harvestable. What’s more, other collectible spawners like rocks, logs, and insects take hours sometimes to appear.

Many players have complained about how unnecessarily tedious this whole process is and Carl agrees because he’s solved the problem for us! With the Collectibles Ready mod, all plants will load already in the blossoming stage and ready for harvesting! Other collectible spawners will only take a second or two to appear as well so your Sims can easily visit an area, sweep it for collectibles, and go to the next area to do the same without any hassle.

If this sounds too easy to you, don’t worry; Carl hasn’t made the system unbalanced at all. Everything you collect still needs 24 hours to respawn after you’ve gathered it. You can’t continually harvest from the same area over and over again in a single day so this isn’t a game exploit. It just makes the collecting process smoother and more realistic. Plants don’t stop growing while you’re not there to see them in the real world, so why should they in The Sims? With this mod, your Sims can return to an area they previously harvested from and as long as 24 hours have passed in the game, everything will be ready to collect again. You don’t need to camp out overnight. The same goes for rock and log spawners.

Carl didn’t stop at just rocks, logs, and residential world plants, though; he’s also improved the insect spawn rate in Granite Falls from the Outdoor Retreat game pack! When you visit an area in Granite Falls, there is now a 50/50 chance of insects spawning immediately upon loading the area. The reason for this is that insects are already difficult to spawn in the first place, so further lowering the spawn rate is just frustrating, not challenging in a fun way like it should be. This means that with this mod installed, insects can be found immediately in an area but they can still fail to appear about half the time to keep things realistic and balanced.

We had a great time collecting with this mod installed. I really wish I had had this mod back when my SuperSim was completing all of the collections. It would have made life so much easier but I’m looking forward to future collections being easier to manage with this mod.

The Collections Ready mod is currently in early access but will be available for free to the public in a couple weeks.