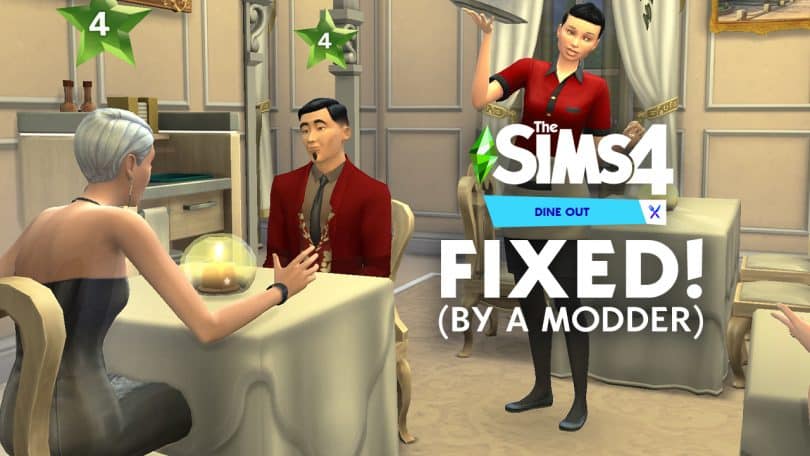 “Fine, I’ll do it myself” but make it for the entire Game Pack.

The talented modder and guide writer, Carl, has made it his mission to overhaul The Sims 4. He aims to make the game more challenging but more rewarding and fun as well. His Gameplay Overhaul mod includes a great many tweaks and new features, including burglars, which we’ve covered previously. He’s also been working on a Dine Out overhaul that’s now gone public!

We dove into the Dine Out Reloaded portion of the mod to show you what it’s all about. Since the mod aims to clean up and improve existing features and fix poor autonomy, we thought it’d be best to show you the mod through our own gameplay experience. So here’s everything we noticed as an improvement when we were playing with our restaurant! 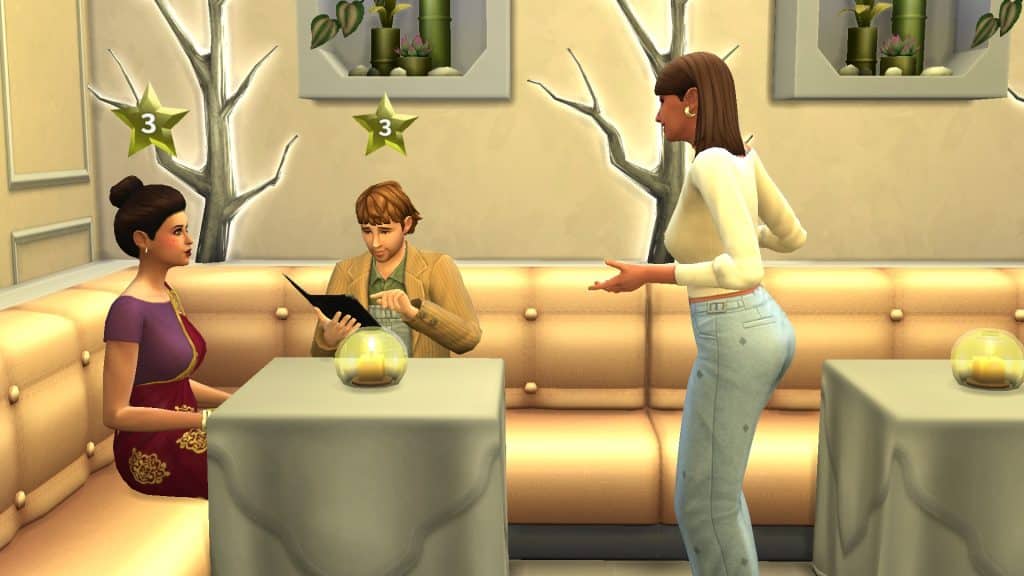 We started with plenty of money and a nice restaurant so we could focus on the autonomy without being fussed about things like funds and ambiance. The restaurant was 0 stars with no extra benefits, however. We wanted to see how we could build up those things more easily when things are actually running smoothly for once.

While our own Sim still loved to stand around listening to the music and doing pushups randomly, our staff and customers did not do any of this behaviour which was nice. Few things are more annoying and distracting than when you have hungry customers and your server is busy doing situps next to the table or dancing to music instead of taking their order. Servers were also much better at putting dirty dishes in the correct spot instead of all over dining tables. 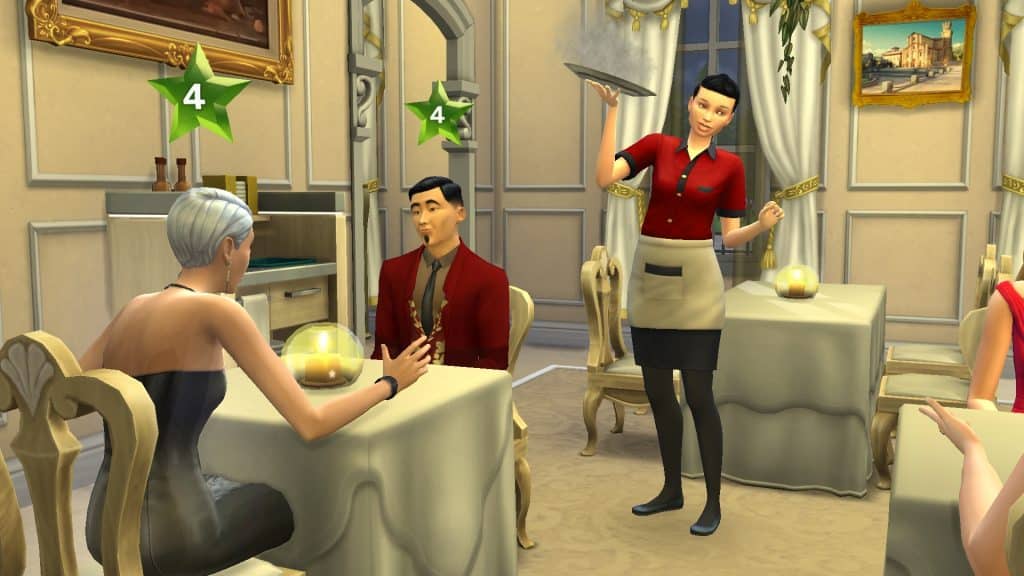 We also noticed that our chef cooked much faster than before. Meals were coming out in a timely manner and we didn’t experience any lost orders that never got delivered. We also didn’t have the common issue of everyone in the restaurant randomly resetting themselves, resulting in customers standing around aimlessly instead of sitting with broken order queues. So far, so good! And thanks to the orders coming out faster, Sims finished their meals faster which meant we had more seats available for more paying customers. 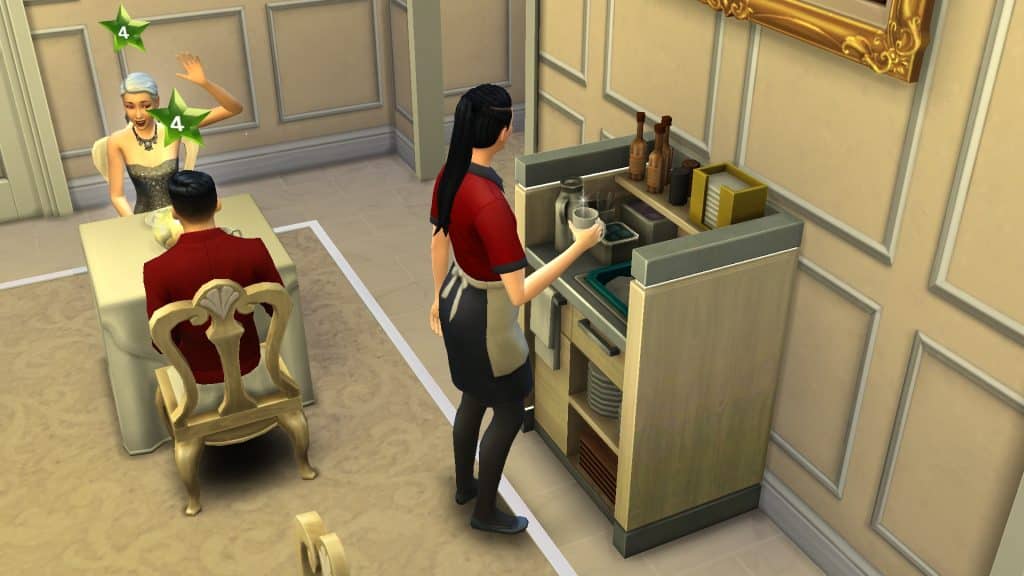 All of this is great on its own but the one thing we hated more than anything was how celebrities would disrupt the entire restaurant. Sure, it’s normal for people to get excited when they see a celebrity. We could understand the realism there if customers at nearby tables whispered excitedly to each other about the celebrity without getting up from their seats. Maybe one or two people might ask for an autograph before returning to their seat. But the enthusiasm for celebrities in The Sims 4 is so over-the-top that the whole venue ceases to function, which is not realistic at all. The staff typically don’t abandon their duties to go scream and take pictures. Other customers might be excited but they aren’t likely to crowd around the celebrity’s table shrieking and passing out in a restaurant setting. After all, everyone is there to eat food. Usually expensive food. So they’re not going to abandon their food at their table. 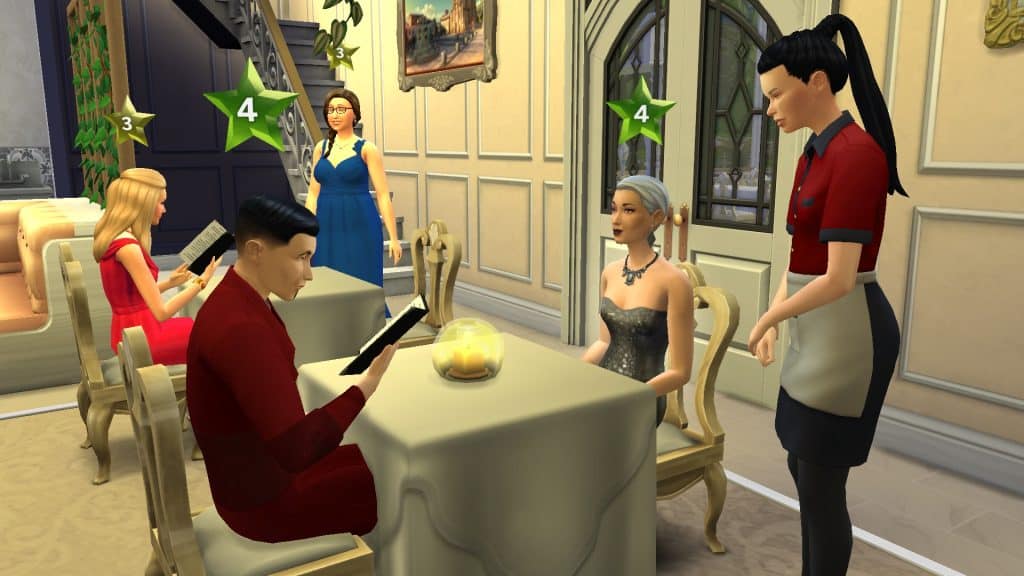 This is why we were so happy to see Brytani Cho, a Proper Celebrity, walk into our restaurant and absolutely no one reacted to her. Okay, maybe a celebrity of that stature being completely ignored is pretty unrealistic, but it’s still far more preferable to the chaotic circus show that ordinarily would have ensued. Brytani being there didn’t distract the staff at all. Other customers didn’t get up from their seats to go crowd around her table. Paparazzi didn’t follow Brytani inside the restaurant to stand next to her table taking pictures. She was still a celebrity but was treated like any non-famous customer. 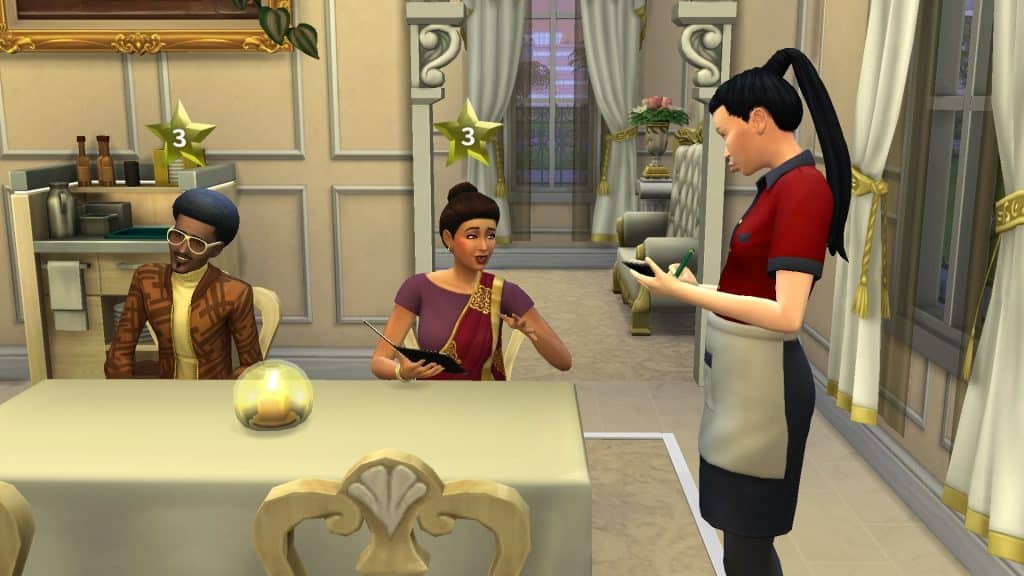 So what do we think about the Dine Out Reloaded portion of Carl’s Gameplay Mod? Well suffice it to say we’re pretty excited about it! A lot of the nuisances that ordinarily would have us pulling our hair out have been alleviated. Running a restaurant feels like running a restaurant and not like trying to put out a flaming circus tent.

The Gameplay Overhaul mod, including the new Dine Out Reloaded features, is now free for the public to download right now! Grab it from Carl’s Patreon!