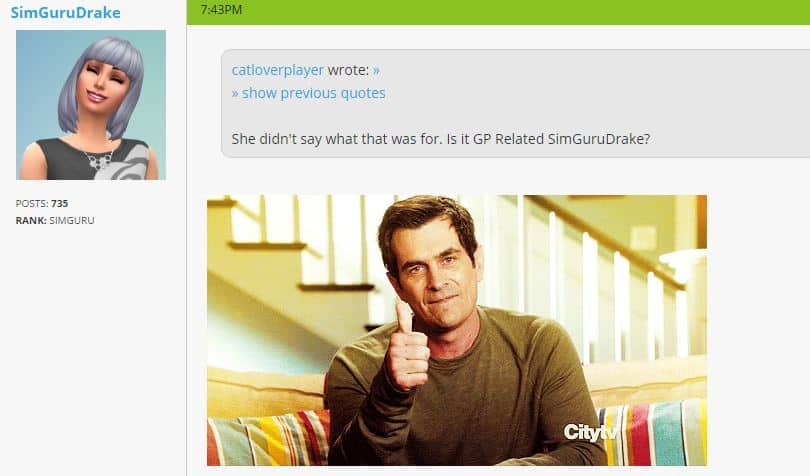 SimGuruDrake posted an excited GIF that probably means that we’ll finally have a full reveal for The Sims 4 Dine Out Game Pack (or possibly some other pack/content). In case you don’t know, Drake said a while ago that we should expect a new announcement/reveal whenever she posts an excited GIF at the beginning of a week.