SimGuruNinja tweeted out the following picture, showing off his pin collection: 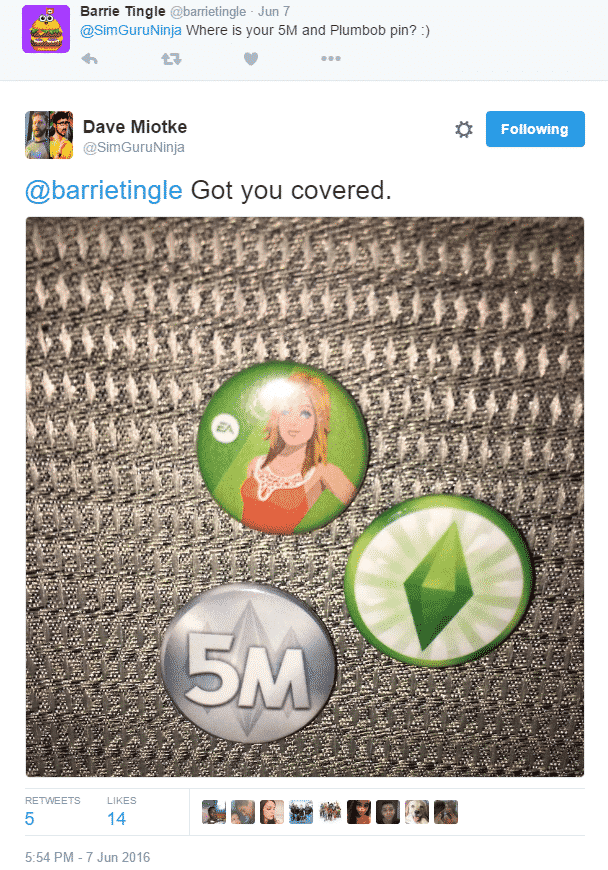 Although he did not say directly, he answered the following tweet which includes information that The Sims 4 has sold over 5 million copies: 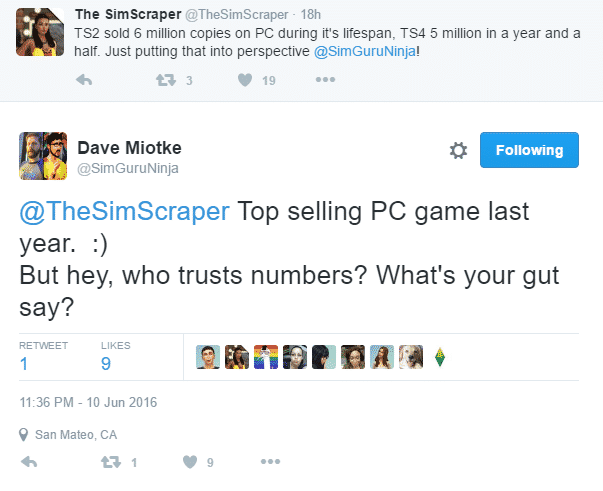 According to Wikipedia’s list of best-selling PC games of all time, this is how much copies did previous The Sims games sell: