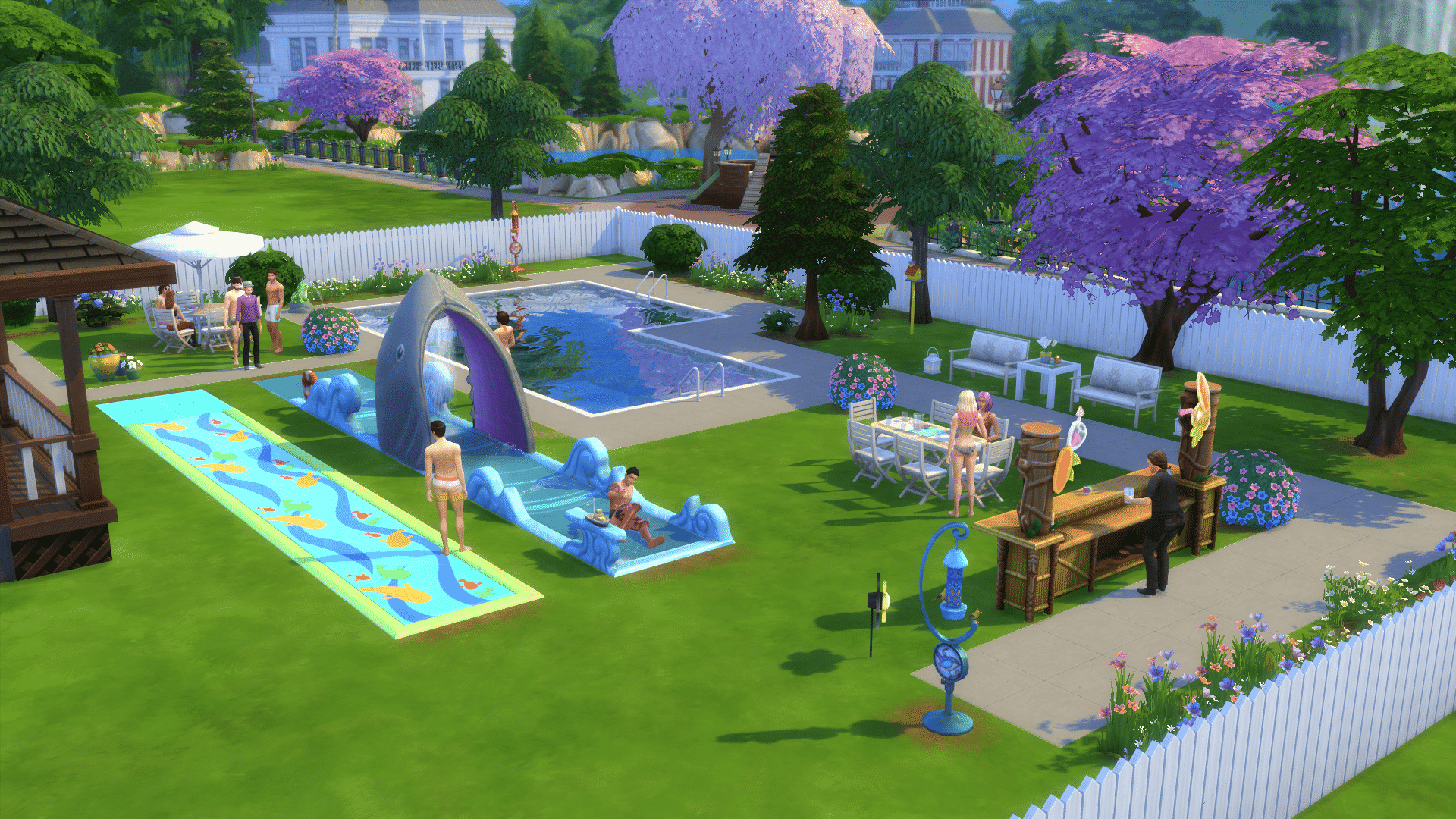 Backyard Stuff is the eighth Stuff Pack for The Sims 4. It’s main focus is to bring a Summer vibe to the game with new CAS items, build items and gameplay, but does it succeed in doing so?

This review is based on 10+ hours of gameplay.  Even though I was given an early review copy to test the game, I am not by any means paid or bribed to state positive (or negative) opinions about this stuff pack.  I will give my honest opinion of the stuff pack; its content and what it brings to the game.

Backyard Stuff comes with around 40 new CAS items for all ages! There’s new items in a few sections of CAS, including Hairstyles, Tops, Bottoms, Shoes, Outfits and Styled Looks.

The 8th Stuff Pack continues with a fair amount of new items. It seems that Kids Room Stuff set a new standard, because Backyard Stuff as well has around 40 new Build Items.

Sure, some of them are wall decals and floor rugs that are nothing but 2D decor, but this pack still comes with enough objects to fill your backyard. The picket fence is what most of us have been waiting for so long, and backyard stuff finally delivered it.

The biggest WOW of this pack is that it comes with 6 NEW Gameplay Items. Those include:

Compared to the wind chimes we got in The Sims 3 Store, these wind chimes have a lot more to offer. You can customize the pitch of the chimes and there are 3 types of chimes you can choose from. Plus, they’re not too annoying and won’t produce sound effects often.

The flower power outdoor light is a small object that doesn’t actually do much except spin it’s flower petals and light up the surroundings during night. However, Sims can unlock 2 different moodlets by viewing this object!

Although the large umbrella table isn’t actually groundbreaking or new, it does allow 6 Sims to be seated at the same round table – simultaneously!

The bird feeder is the first object in The Sims 4 that can summon animals. Once you fill in the bird feeder with bird seed, birds will come to eat it. It doesn’t really add nothing much except to the ambiance of your backyard, but it’s still a great object.

The summer drink tray offers 3 new drinks that you can mix up: lemonade, iced tea and citrus swig. Given the fact that it’s a small object, it still plays a significant role in living up your backyard.

And last but not least, Backyard Stuff comes with two huge water slides! These water slides can be used by Sims of all ages (babies excluded of course) and you’ll see new tricks performed by your Sims almost every time they slide. Emotions will also effect how your Sims perform on the slide, as angry sims have a higher chance of flopping on their belly. You can even mix it up by adding soap onto the water slide, which will leave soap bubbles on the Sim who slides down on it for two hours. I don’t see myself placing this object in every household, but the households that will get the water slide treatment are usually large families.

All of these objects add up to The Sims 4’s family play experience and not only do they just look nice, but they also live up the atmosphere on your lot.

Although in some aspects it feels like Perfect Patio Stuff Part 2, The Sims 4 Backyard Stuff comes with more than enough items and gameplay to be its own Stuff Pack that will fulfill your outdoor needs.