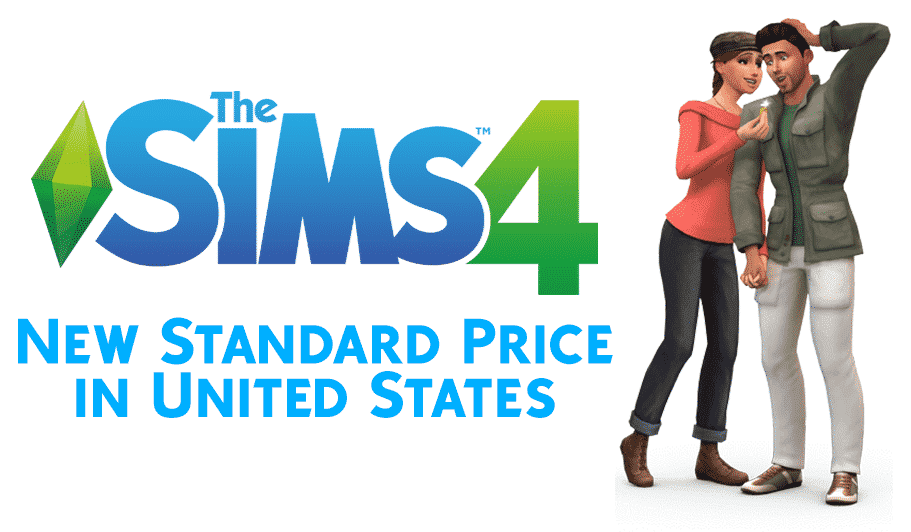 After almost 2 years of its release, The Sims 4 has a new standard price in the United States! Instead of being $59.99 which was the original price since the release, The Sims 4 now costs $39.99, which can be compared to a price of a Sims 4 Expansion Pack.