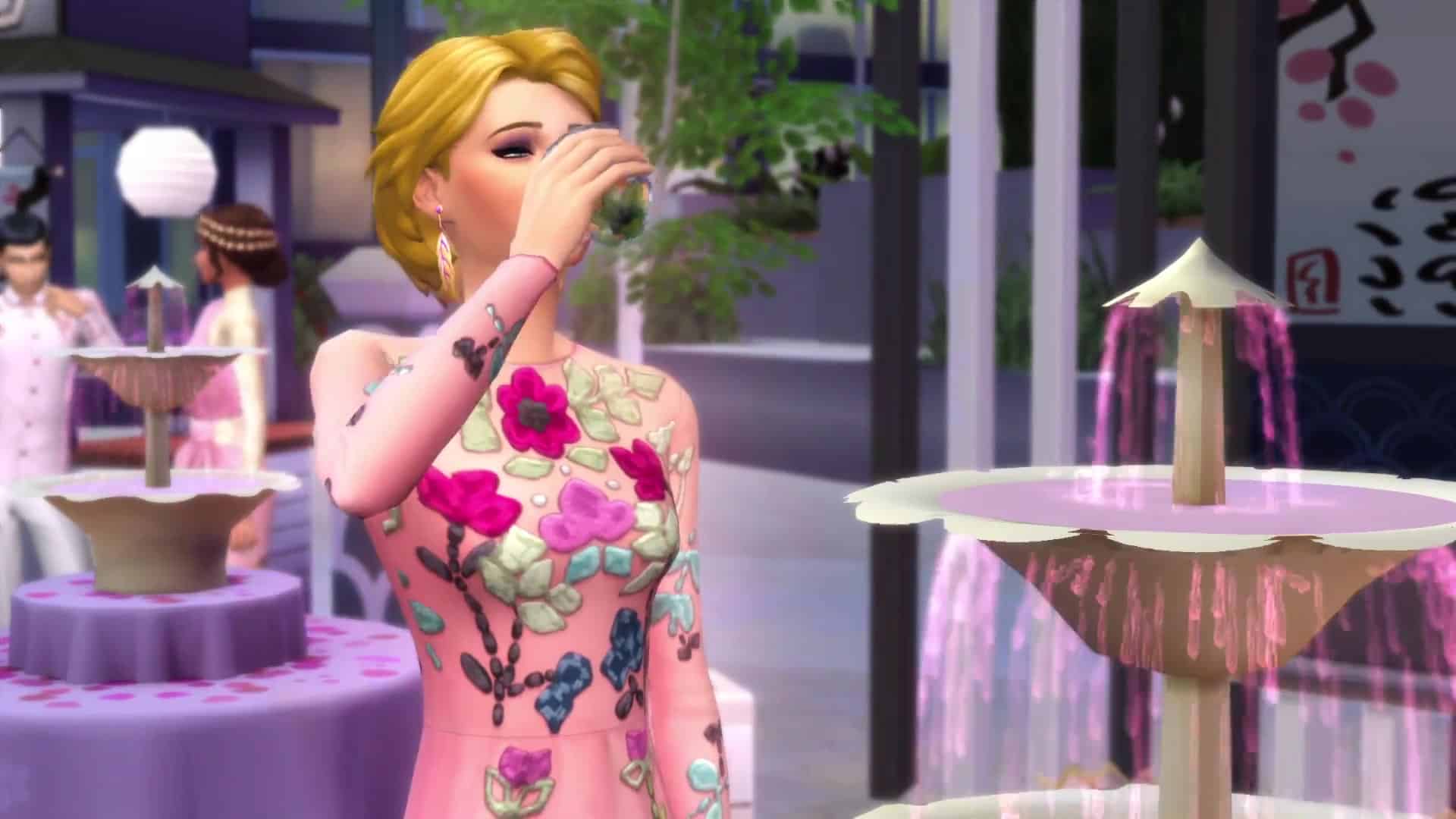 You may have noticed in yesterday’s new City Living Blog & Trailer about Festivals that there’s a drink fountain from The Sims 4 Luxury Party Stuff Pack included in two of the festivals: Romance Festival and Humor & Hijinks Festival.

Just a few days ago, SimGuruGraham explained on Twitter that we won’t need to have The Sims 4 Luxury Party Stuff Pack installed in order to have this drink fountain in the game. However, he did confirm that we won’t be able to place them in build mode or overall use them outside festivals:

@AhmedKallala Those fountains only show up at festivals. You’ll continue to need Luxury Party to use one in your own builds.

@AhmedKallala Yes, but only when visiting the city’s festivals.

Still, I’m pretty sure that modders will be able to unlock this object just a few days after the launch of The Sims 4 City Living!

He also commented on the possibility of updating the Luxury Party drinking fountains with the City Living preset colors:

@TheTruthH8rts No promises on that happening, but I’m aware. It’s something I’d like to patch for Luxury Party owners at a later date.