Get ready for the trip of a lifetime! On September 4th 2007, Sims 2 Bon Voyage was released!

Now, I did not get this expansion when it was released in 2007. The first time I personally played it was in 2014, when EA was doing a free promotion for the sims 2 and I was lucky enough to receive the pack.

When I started playing with it, I was amazed on how much better it was than Sims 3 World adventures.

To me, World Adventures seems too… linear. What I mean is that it doesn’t feel as open ended. It’s almost like the game in World Adventures forces you to complete tasks, and quests and all that jazz.  Bon Voyage, to me, just feels a lot more open ended and more like a legit sims game. 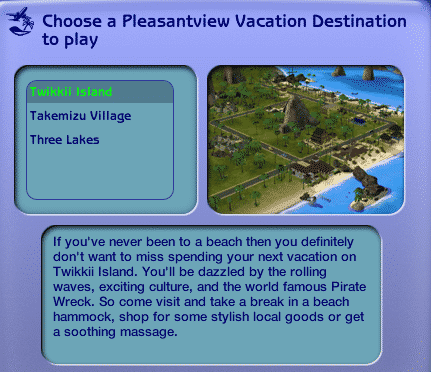 In the expansion, you have 3 different worlds to experience. Each world has a theme.

The first one has a theme that is similar to a Far East vacation.

The second has to deal with a tropical paradise. And lastly 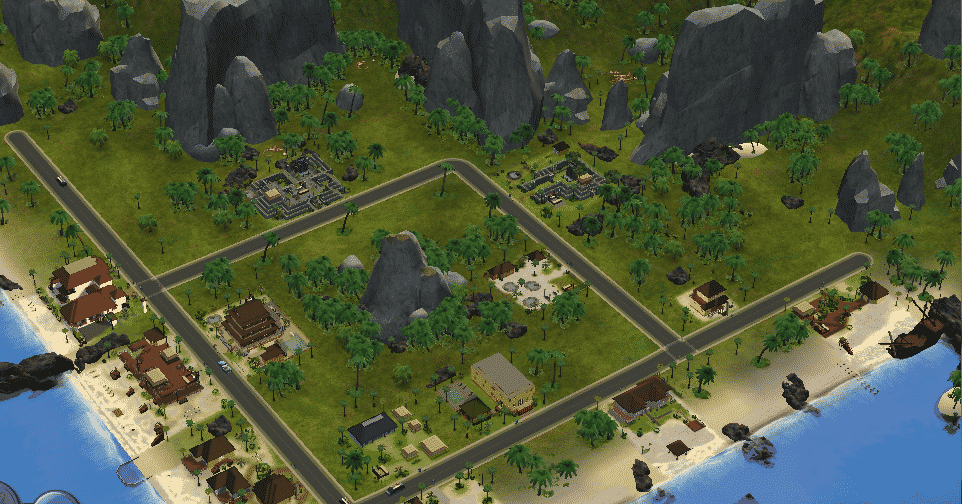 the third feels like a rocky mountain escape in the woods. 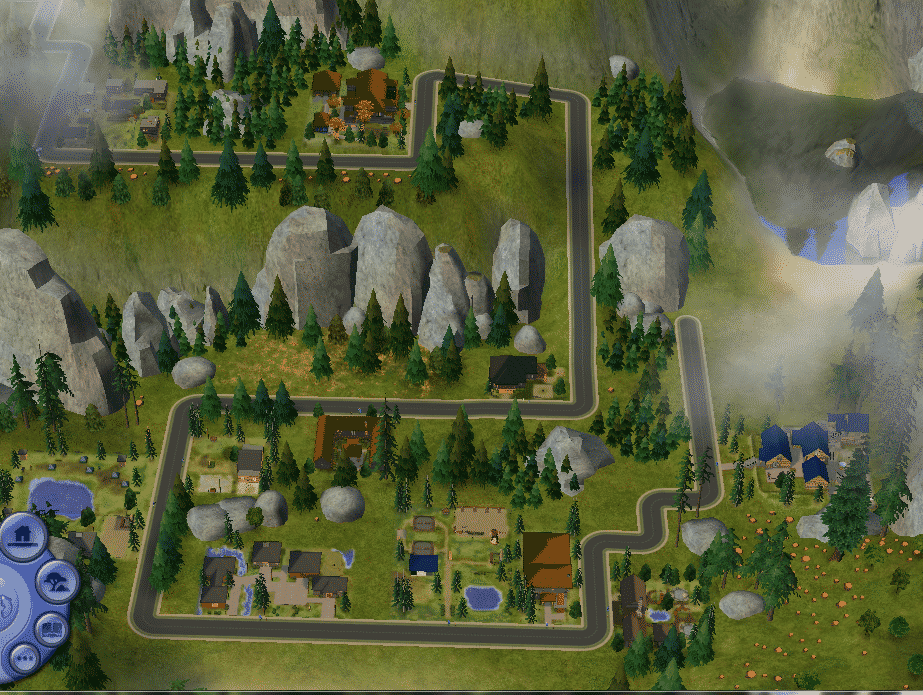 Each sub- neighborhood has plenty of resorts to chose from, all being rated by how many days you stay (No visa points here, thankfully!) There are actions and NPC’s that you can only find in the sub neighborhoods. The same goes with collectibles and gifts  that your sims can buy, either at the hotel or resort they are staying at, or by means of a community lot.

Sims can go on tours, which is when your sims leave, and you are given a series of chance cards. Depending on what actions you choose on those chance cards, the tour may be really good, or… be bad.

When you return from your getaway, Sims also gain temporary Vacation Benefits after they return from a good vacation, or receive negative benefits if the vacation was bad. Sims can also teach their friends about the culture and show them cool things from where they were just visiting.

Again, this pack added so many new elements to the game. And it is always fun to see what king of mischief your sims can run into. Who Knows, you might just run into someone rare!

Next week, its all about hobbies and relaxing, with my take on the Sims 2: Freetime.