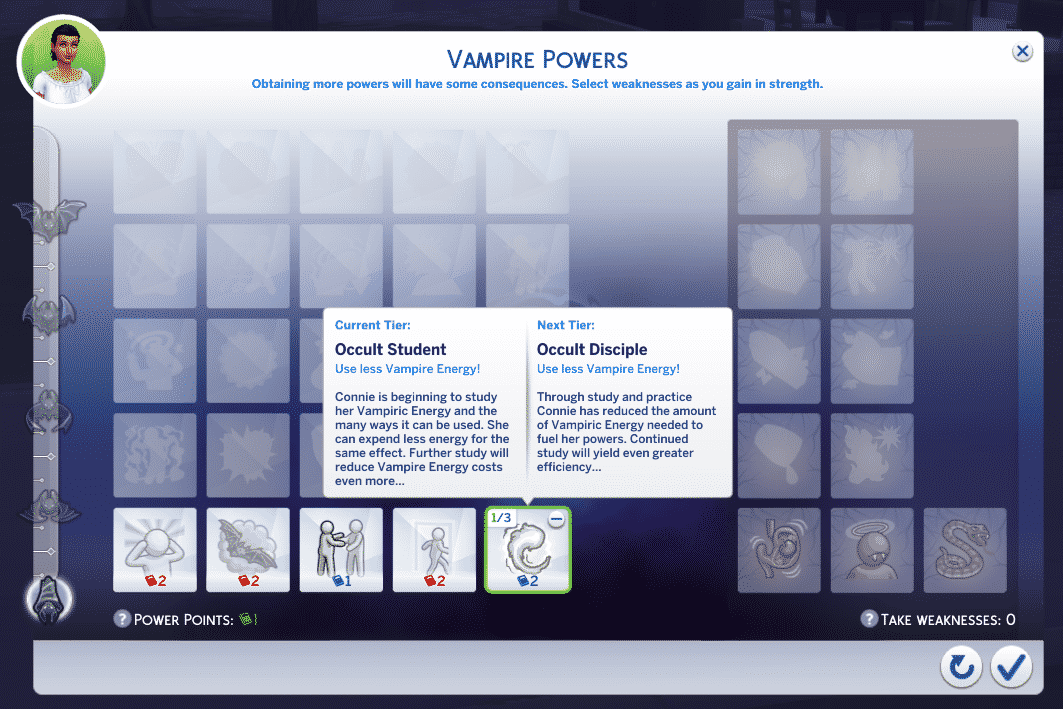 SimGuruNinja explained how Vampire Powers and Weaknesses function in The Sims 4 Vampires Game Pack. He also added that some powers and weaknesses can be leveled up which will further boost the effect! Check out what he said:

Some of the Powers & Weaknesses can be leveled up for further effect. For example: I’ve already purchased “Occult Student” which means I’ll spend less Vampiric Energy when using my Powers. I can spend additional Power Points to level this up and it’ll become “Occult Disciple” which will further reduce my Vampiric Energy expenditure.