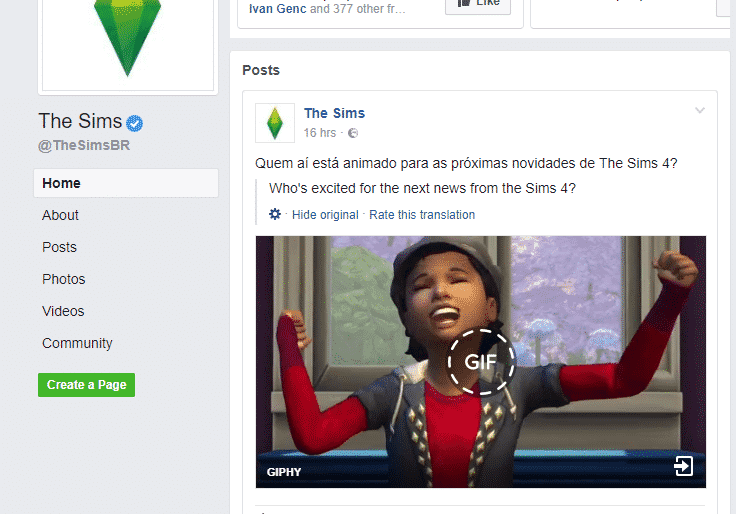 The official Facebook page for The Sims Brazil has posted the following GIF, saying:

Who’s excited for the next news from The Sims 4?

Now, we don’t know what they mean with this, but there certainly won’t be anything for this week as SimGuruDrake confirmed that we shouldn’t expect any news this week.

We have a quarterly teaser which was released a couple of days ago – however the teaser has only shown one Stuff Pack which should be released in late Summer (which is probably around August/ beginning of September).

Considering we don’t have anything much going on, could there be a new announcement that The Sims Brazil is hyping us up for? Stay tuned!