NOTE: This post is pure speculation and is not confirmed by EA.

Since the Cats & Dogs trailer was released many simmers have been combing it for features which might appear in the expansion pack. Forum user NeonHighways has gone the step further and spotted possible hints for rain to be one of the features in the pack. For example:

“This puddle. They are playing in a puddle. But a puddle of what? It sure can’t be pee… and puddles don’t appear out of nowhere. Maybe it had just rained and the puddle remained on the floor!” 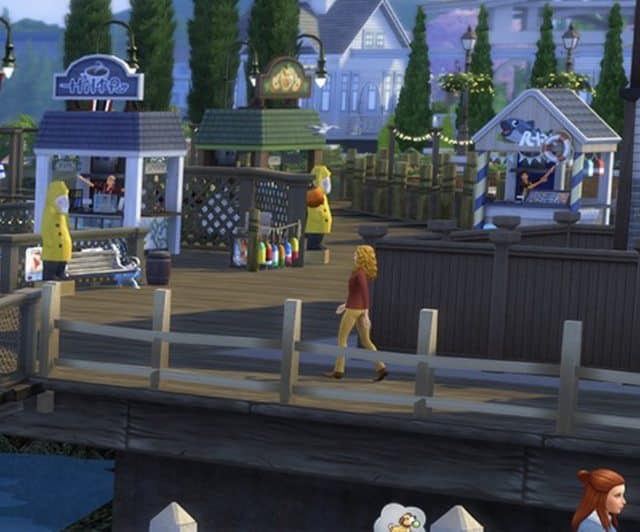 “These fisherman statues are using yellow rain coats. An interesting thing to add to the statues of a main area of the world if rain doesn’t exist, right?”

“To tie all this ‘wetness that comes from above’ theme in the trailer, we can’t ignore this. Yeah, that might be to show she’s a gloomy cat, but that is, in fact, rain. By itself it would mean gloomy cat, but we also have the above 2 interesting rain related things.”

Personally, I don’t think any type or weather or season will be added in this pack. But as we have seen many times in the past hints for possible upcoming content are always scattered throughout new expansion packs, game packs and stuff packs.

On the outside I'm a 20 year old boy. On the inside I'm a 40 year old suburban mum who loves wine a bit too much.
Studying Television and Radio at university.