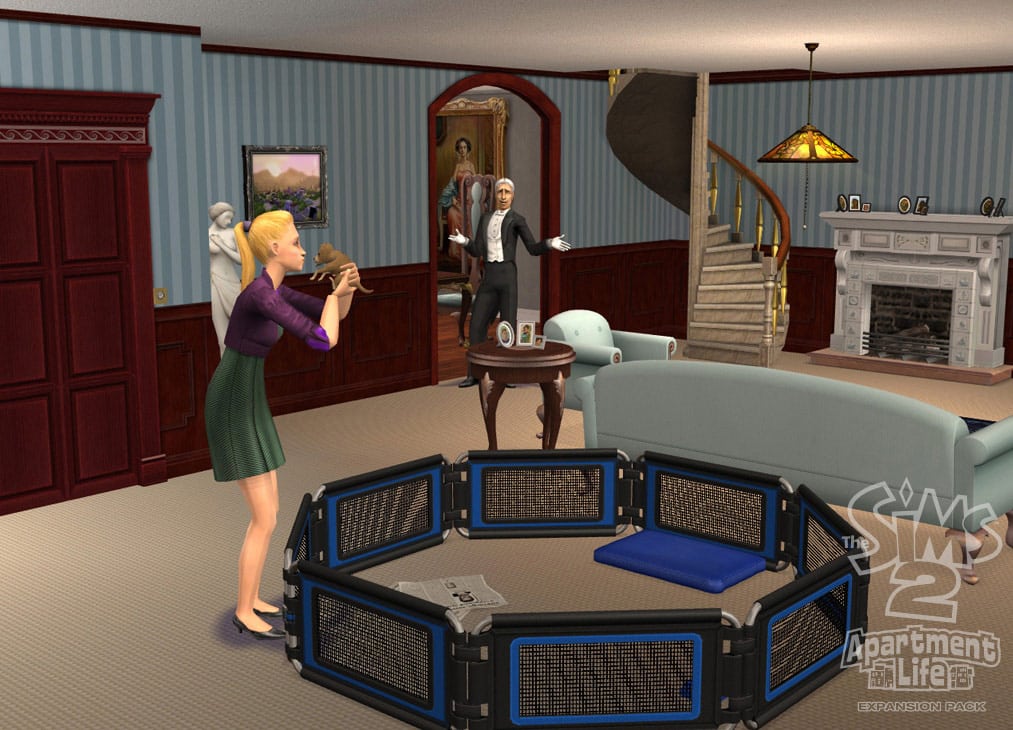 A huge 9 years ago today The Sims 2: Apartment Life launched, the massively popular expansion pack for The Sims 2. The expansion pack added a whole new way for your sims to live, they packed their bags and moved to the city to live in apartments. That wasn’t all, the pack finally allowed uncontrollable sims to move in with yours and live beside them, making for some very interesting an fun stories.

Witches were the brand new occult added into the game, they could be good, bad or if you’re feeling both naughty and nice your sims could be neutral. As well as flying around and sparkling these sims could perform magic to make sure your witch sims get up to some fun mischief!

An apartment wouldn’t be an apartment without apartment furniture, the pack added loads of fantastic items from murphy beds to dog pens because who doesn’t want a smelly dog in their tiny home. Spiral staircases made their debut in this pack, meaning stairs didn’t take up as much room, ideal for smaller apartments.

New interactions our sims could perform made the pack even more fun, hopefully your sims didn’t get noisy neighbours but if they did you could always just bang on the wall, couples sharing the same bed would also cuddle before waking up and who could forget silencing your sims phones.

What did you think of The Sims 2: Apartment Life? Let us known in the comments.