With the amazing CAS items from Seasons, I knew I had to make a lookbook! The looks are inspired by Holidays and times of the year we got with Seasons. I have included some CAS items in shoes and makeup and I will link those. If there’s stuff from other packs I will also note it below. Otherwise, take a look at the 5 Looks below!! 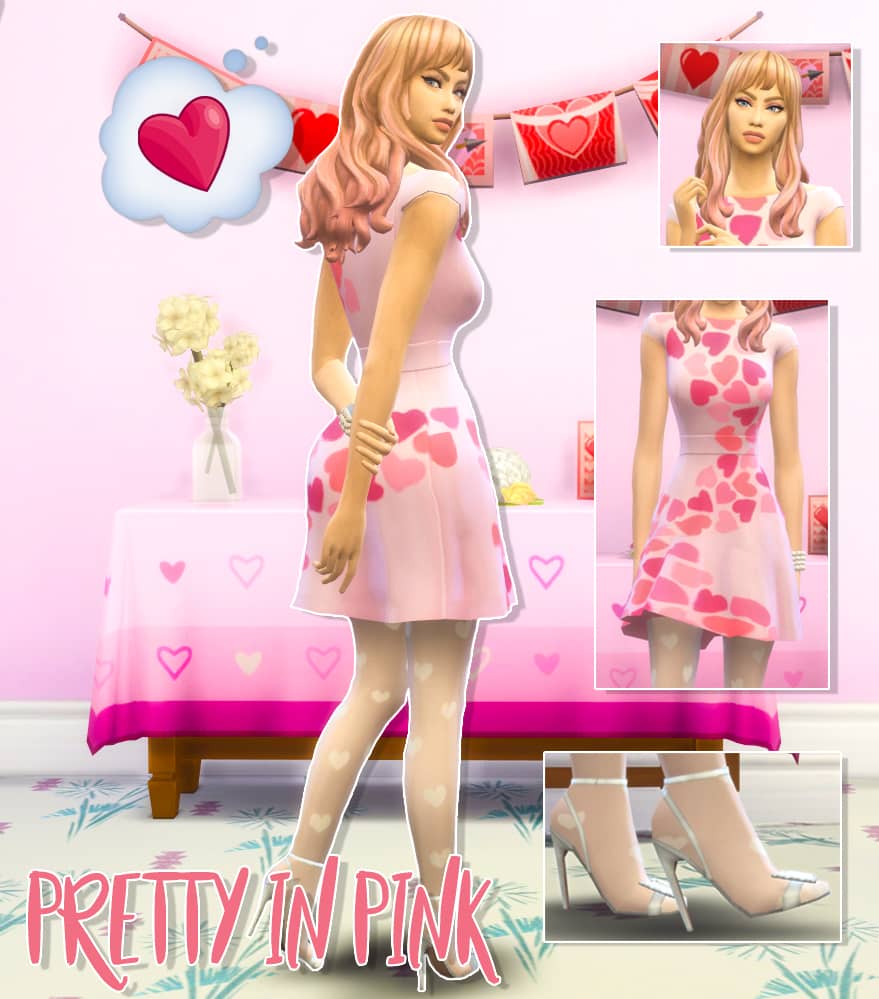 Pretty In Pink was inspired by Love Day! I went to town on the hearts and the Love Day dress was the perfect fit for the theme! The new Ombre hair has a subtle pink tinge to the ends of it which blends into the dress. I then went with these Heart White Tights from Get to Work, a cute accessory to the dress. Then these Custom Content shoes from Madlen which have a little bow on the toes.

Accessories: Pearl Bracelet (Get to Work)

Bottom: Heart Tights (Get to Work) 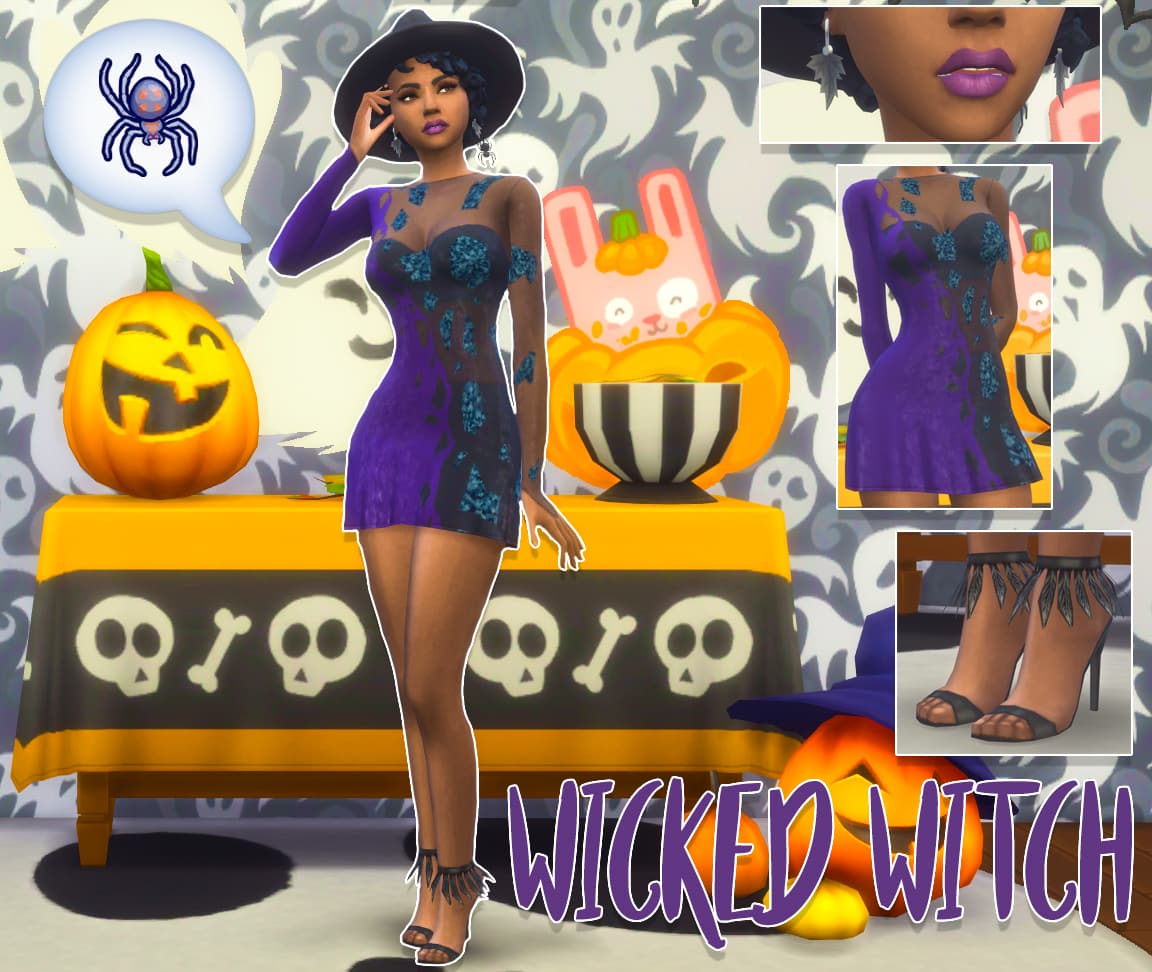 Wicked Witch is my personal favorite! Though it only uses a few Items from Seasons I also used an Item from Spooky Day because this look is themed on Halloween! The dress is the Figure Skating Dress we get with Seasons using the purple swatch, I thought it fit so well with the spooky theme but used in a party way. The I brought in the Witch hat from Spooky Day stuff paired with the Maple Leaf Earrings from Seasons in a Black Swatch. 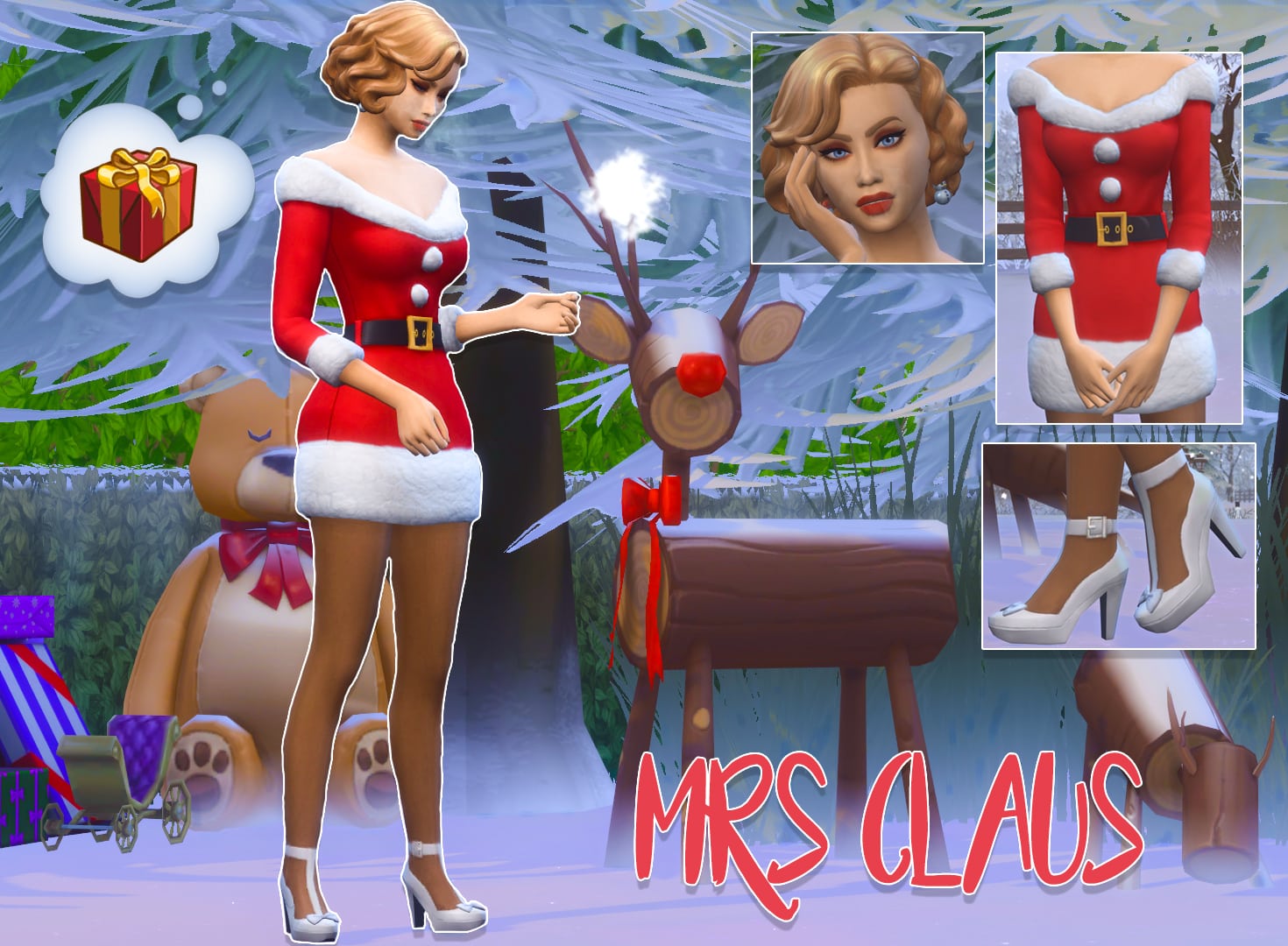 When I saw this sexy Santa dress I just KNEW I had to make a look with it! I found this Pin Curl hair from Bowling Night and paired it with the new Snowman Earrings from Seasons. I then got some CC Tights from Blush Cat and some shoes from PTS Which have a nice bow on the toes. 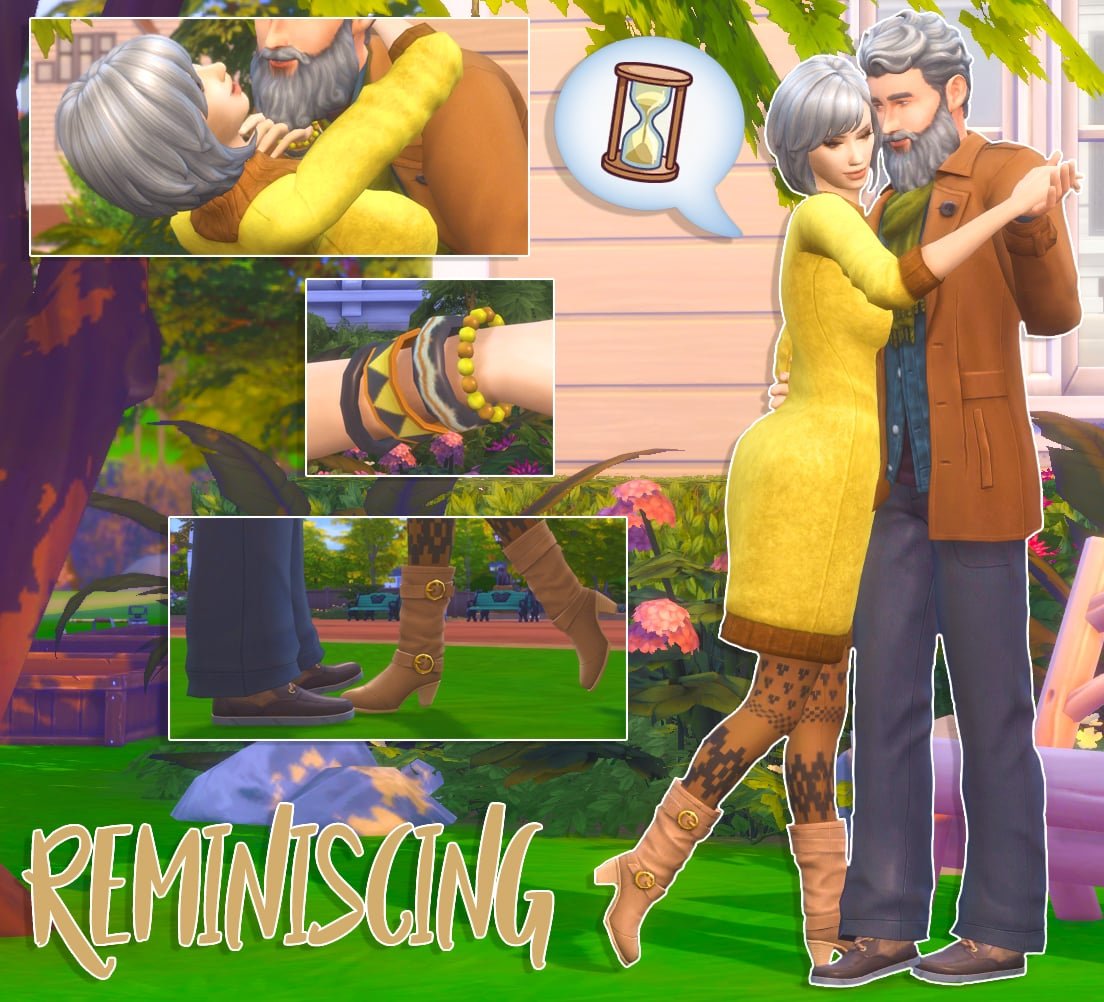 Reminiscing was inspired by the New Years event. This is an Elderly couple looking back on their life and having fun in the colder weather. I used the new Sweater Dress from Seasons and paired the browns with the Tights from Get to Work and the Slouchy Boots from Seasons. For the Male, I used the new Santa Beard and paired it with Jungle Adventure Hair then for the jacket went with the Multi-Layer Trench Coat. 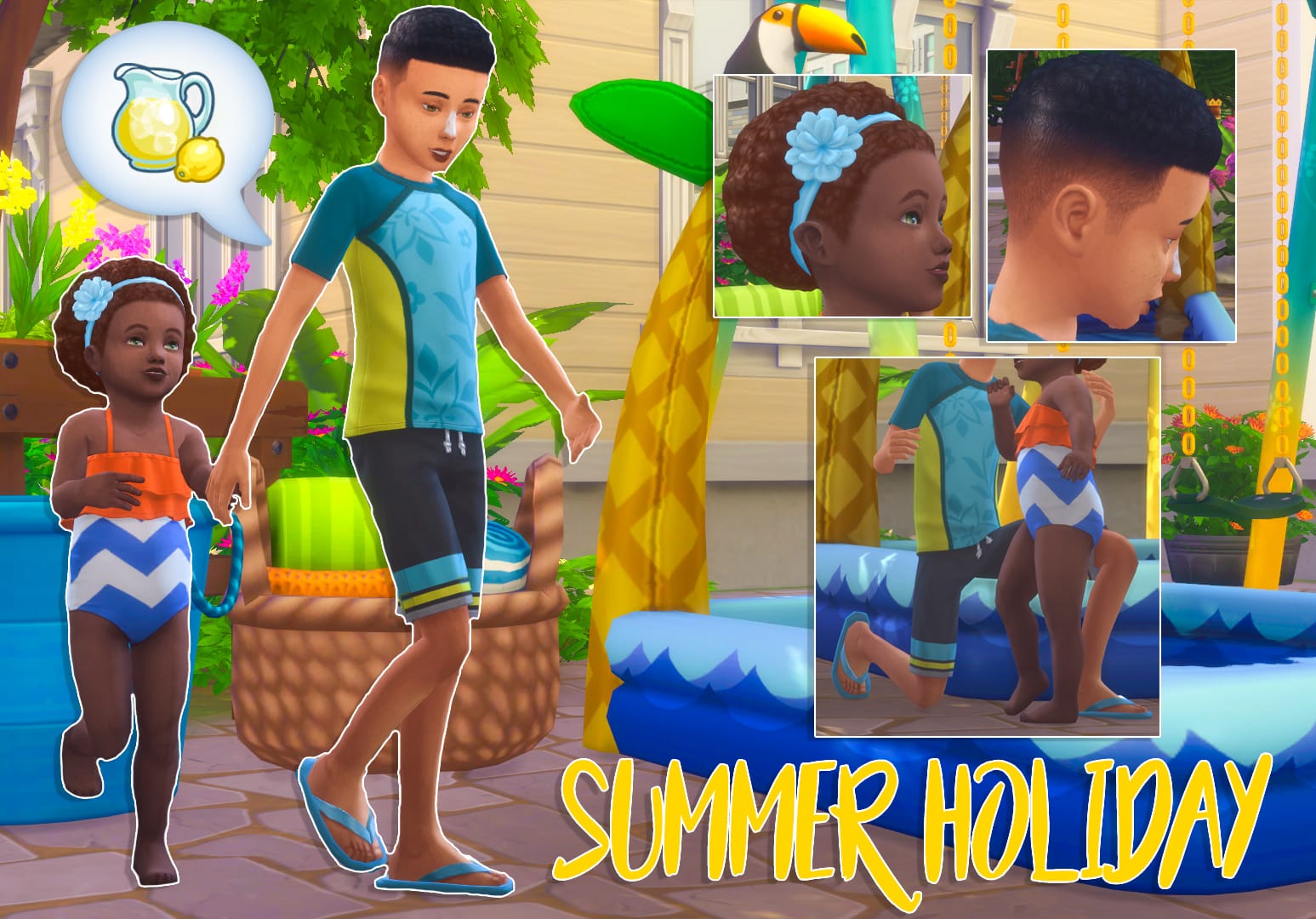 Summer Holiday is inspired by the new Swim Items we got for Toddlers and Children. Here we have a brother and sister enjoying the sunshine together! Both hairs are from Seasons and I adore the baby Afro! The toddler Swimsuit comes in a variety of swatches but I chose orange and blue as it matched her little flower band. For the brother I chose this blue and yellow Swim Outfit to match the new toddler pool and because it also matched the Base Game Flip Flops.