Looks like The Sims Mobile has accidentally revealed some interesting information about the upcoming event.

The game recently released a new software update which seems to do nothing more but revert the game icon back to its original state. However, it seems that some juicy details have accidentally been published and deleted afterwards on Google Play.

@gingethatsims has managed to capture the patch notes talking about Winterfest in The Sims Mobile before they got pulled down.

The notes talk about many things including the refurbishment of all the neighborhoods we have, a pre-holiday quest and the major Winterfest Holiday quest. The notes also revealed that the update would bring ice skating to the game. 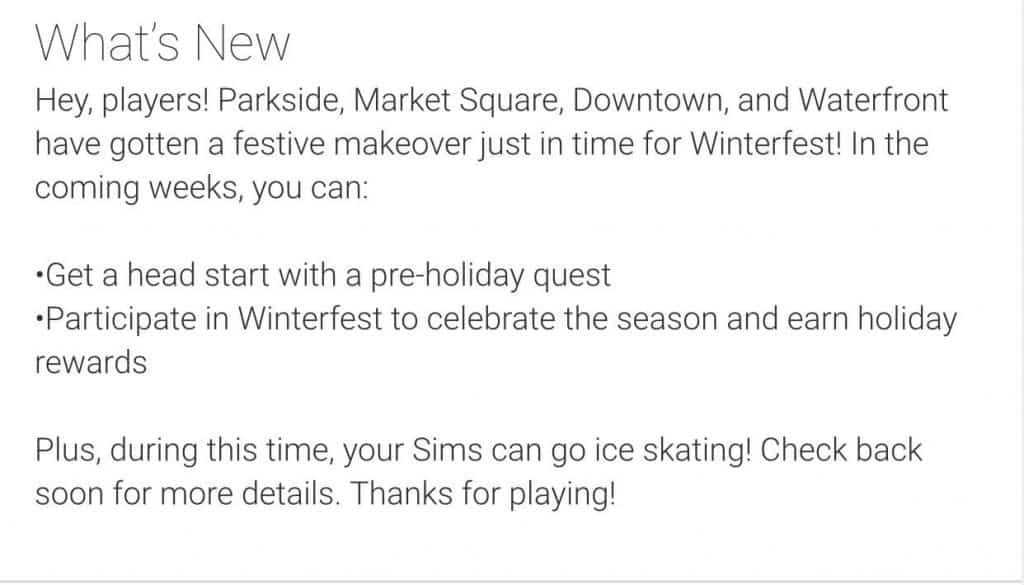 In case you don’t know The Sims Mobile already had a Holiday Update back in its pre-release days, bringing a layer of snow and the Winter Wonderland Event which lasted for around 16 days.