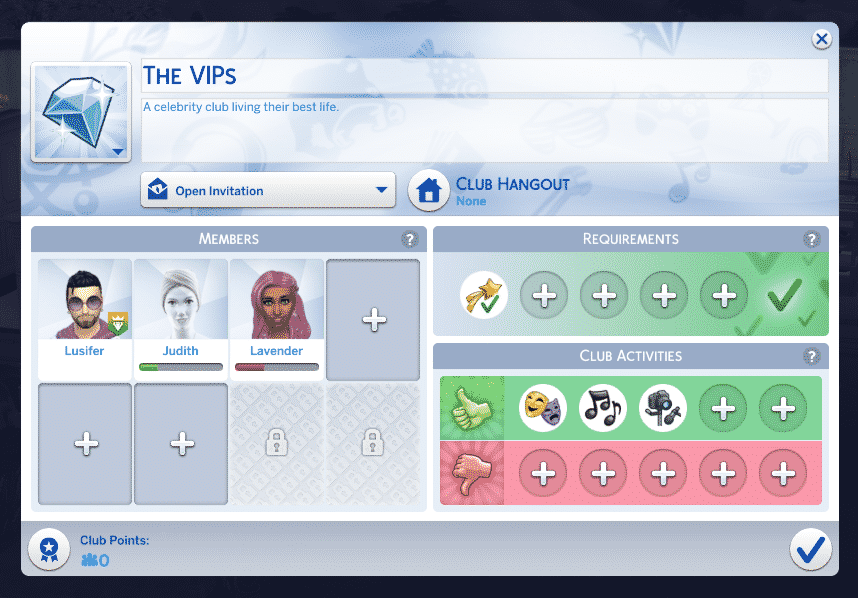 The Sims 4 Get Together Expansion Pack that we’ve gotten back in 2015 still makes adjustments and additional features for new releases and Get Famous is no exception!

When creating a new club (or moderating an existing one) you now have an additional Club Requirement which is the Celebrity Level requirement.

With this Club Requirement Category you are able to detail which Sims you want to be invited into your Club – specifically which Sims are allowed to join / ask to join and which Sims are not.

The Club Requirement allows you to create different Celebrity Club tiers. You can have a club that consists of all celebrities by ticking all 5 tiers down below, or you can choose to create a truly exclusive Celebrity Club by only choosing the Five Star Celebrities requirement.

This feature really goes in-depth when it comes to different layers of clubs that you can create. If your Sim(s) are just starting out with their Celebrity life you may want to create a club which only consists of lower-level celebrities that together will rise to the maximum Celebrity Level.

There’s also 3 new Get Famous interactions that are now integrated with Clubs, including:

With these club interactions you’re able to create Clubs that together can level up their Acting and Media Production Skills while also benefitting as a group and earning Club Points.

There are new Club Skill Perks that you get with The Sims 4 Get Famous Expansion Pack. The 2 new Skill Perks include the Media Production Skill Boost and the Acting Skill Boost. With these boosts your Sims are gonna get an additional boost when performing skill interactions while having a gathering. 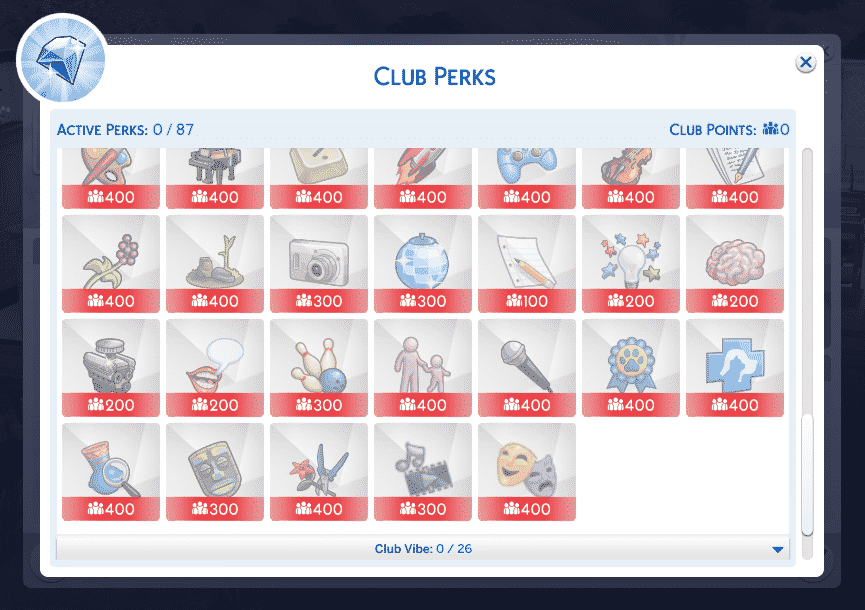