The Sims Mobile Team has just announced their first ever update for the game that they’ve done with Firemonkeys and it’s a BIG one!

The upcoming update that they talk about more in the blog post below promises some of the long-awaited features we’ve all been wanting such as an Inventory Revamp, LlamaZoom changes and more.

As many of you will know TSM is now being developed by a brand spanking new team at the Firemonkeys (FM) Studio in Melbourne. While the team may be new on this specific title, the team has a long history with the franchise, where many members have previously worked on The Sims Freeplay. With this in mind, I think it’s safe to say we are prepared for this challenge!

The question we know many of you have now, is what’s next for The Sims Mobile?

For our very first update, we thought it was essential to focus on Quality of Life. Our goal was to focus on changes Simmers wanted to see. Changes that would make the game FEEL better in your day-to-day play! Throughout the blog, we’ve added some quotes from members of the dev team to provide some extra insight. First up, here is SimGuruIlya with some thoughts going into this update:

‘When we got together with the team for the first time to think about what the next update should be, we almost instantly landed on the Player Quality of Life theme. It felt just right for our first ever update to be focused on our players! We’ve reached out to our Community, QA and Maxis team to identify the general pain points in the game. On top of that we’ve all been playing The Sims Mobile for a long time (some since Soft Launch) and we’ve got some things we wanna improve too! We’ve put a lot of effort into this and hope you guys love it! 😉’ – SimGuruIlya, Producer on TSM

While we couldn’t tackle everything, we dug into some of your most requested areas!

All the juicy details of the changes we’ve made will be in our upcoming patch notes, however we want to share a few changes early!

It was such a popular request from everyone and when playing the game, I definitely felt it was important too! I spent a number of days making sure every item in the game has a Storage category – it’s much easier to find everything and the best part is, now Heirlooms are tucked away in their own category!’

We’ve made it possible to unlock the 3rd Sim Slot for free through a Quest called, “Roommate Race”.

“What’s better than 2 Sims? 3 Sims! We’ve added a new way for all players to earn their 3rd Sim via Limited Time Quest. You’ll also get to experience some of the little improvements we’ve made to Quests! I’m going to lose my freakin’ mind I’m so excited!”
– SimGuruJack, Associate Game Designer on TSM 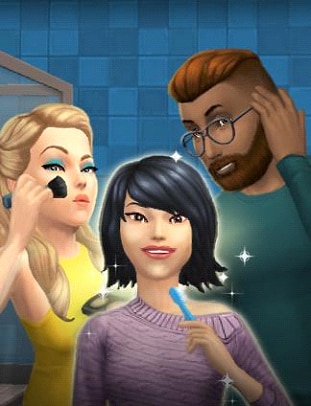 We’ve adjusted the time to complete tasks to be more consistent each day, making it easier for you to choose how you want to play.

‘We know a lot of players have expressed frustrations with LlamaZoom, so we wanted to see what we could do to make the system feel better and worth the effort. We’ve made a variety of tuning changes, which we’ll go into more detail about in the patch notes, and we also added some extra rewards!’
– Steve, Lead Game Designer on TSM 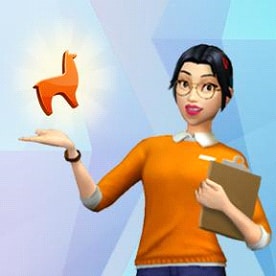 This update also happens to land during a very special month of the year: PRIDE! 🏳️‍🌈 You can expect a new quest with some rainbow goodies as well as some FREE things in the store!

With the original team moving on, it means we have some SimGuru-shaped holes to fill in our community! So, we are creating a brand new merry band of SimGurus!  While only I, SimGuruVix, am currently on Twitter, the rest will be joining us soon!

In our SimGuru Squad so far, we have:

Previously worked on: The Sims Freeplay
😍 ‘s: Guitars, skateboards, my 2yo daughter Nika, building stuff
😒 ‘s: Emails!, when it’s too hot outside, when it’s too cold inside

Looking to the Future!

With this update almost ready to get out the door, we are already deep into working on the update that will follow it.

‘Every time someone new comes into the team, they bring a fresh view of the game. This allows all aspects of the game to be questioned and challenged! The entire TSM team is currently thinking like that, and are excited about all the potential new things we can do with this game, both in features for our players, but also for our tools and tech’.
– SimGuruBerty, Associate Technical Director on TSM

When the Patch Notes are live – we’ll post them on our blog, The Sims Mobile Forum, and let you know on Twitter! Until then, we’d love to hear your thoughts on these changes, either on Twitter or on forums.