EA’s latest Q1 of Fiscal Year 2020 report came out yesterday is of huge significance for The Sims 4 and its future.

In case you don’t know, the report states that The Sims 4 grew its player base tremendously thanks to the Free Base Game promotion. Not only that but the promotion also grew the sales of Expansion Packs, Game Packs and Stuff Packs for up to 55% compared to Q1 of Fiscal Year 2019.

EA has promised that Fiscal Year 2020, which lasts from April 2019 to April 2020 will be the biggest year for the game yet, and it seems they’re acting on those words by expanding The Sims 4’s development team.

Just a few days ago Maxis’ Careers Page has been updated with up to 15 new job listings including multiple positions for Object Modelers, Concept Artists, Animators and more. 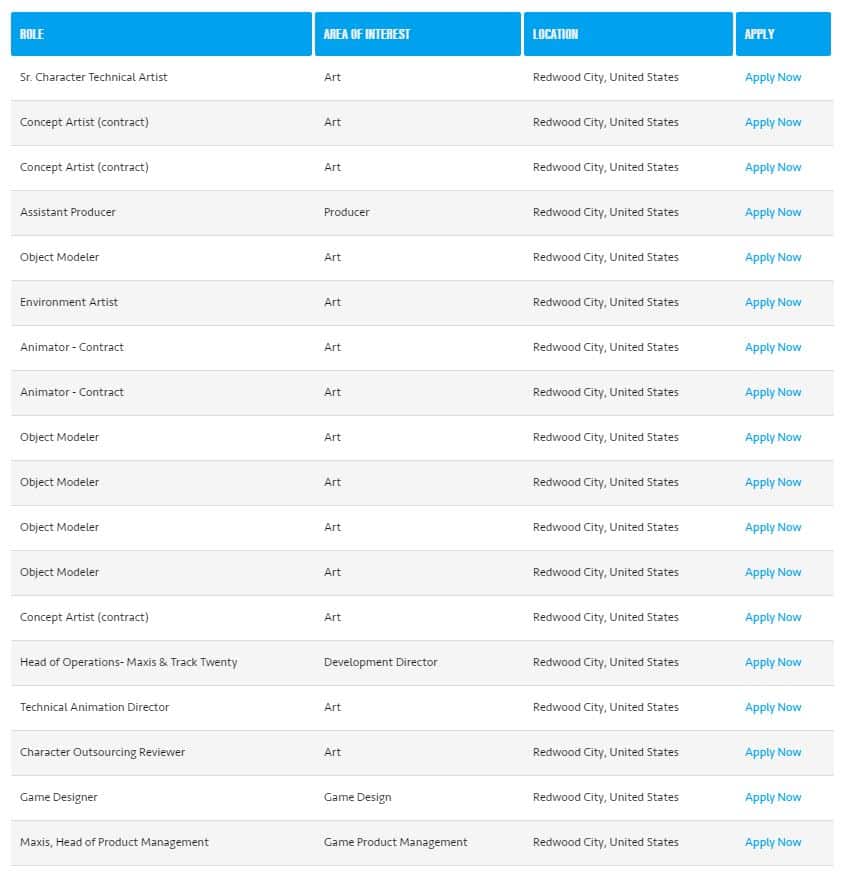 The same pattern occured with Apex Legends, a battle royale game which after its success has opened up a lot of new job opportunities for people to work on the game. The Sims 4 and Apex Legends are currently EA’s two biggest games at the moment.

So, what does this mean for the future of The Sims 4? Well it seems that they’re holding on to their promise to make Fiscal Year 2020 the biggest one for the game yet. With 15 new job positions which have been opened up just recently and the fact that The Sims Mobile’s Development Team at EA Rewdood has moved to work on The Sims 4 we could be seeing more content and packs not just in the next few months but in the next few years as well.

Here are the The Sims 4 job openings that are currently available:

Want to see what it takes to be a part of The Sims 4’s Development Team? Click here!