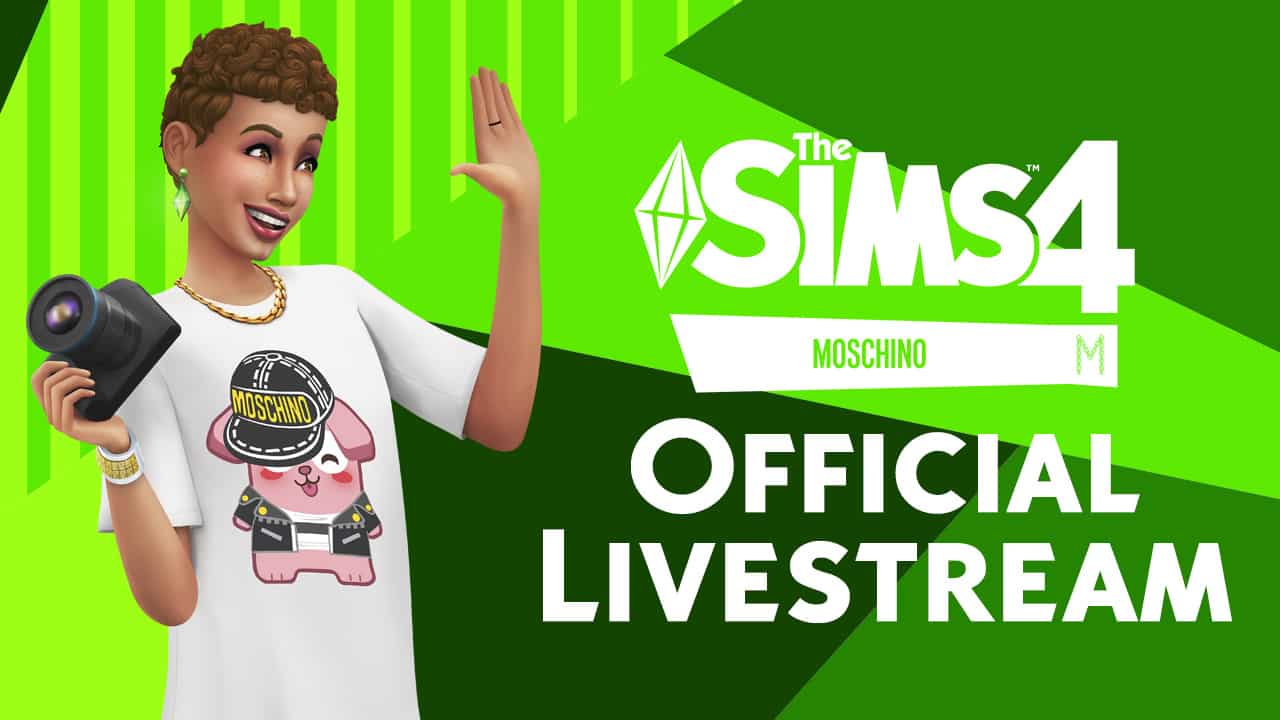 UPDATE #2: The livestream replay is now also available on YouTube!

UPDATE: The livestream has ended. You can catch the Twitch Replay down below:

The Sims Team is doing an official livestream today, August 9th for The Sims 4 Moschino Stuff Pack where they’ll be showcasing new Create A Sim and Build items, as well as some of the new gameplay elements that will come with this pack.

The stream begins at 11AM PT / 8PM CET / 7PM BT. To make things simpler we’ve also included a countdown below so you can know exactly when the stream goes live! As soon as the timer hits zero the stream should begin.

In case you miss out on the stream we’ll also be including the official replay of the stream, as well as some facts and information shared during the stream.