When I got my hands on Moschino Stuff, the first thing I wanted to know was if my Sim could earn money and fame through the new Freelance Fashion Photographer career, so I decided to give the pack a test drive to find out.

Your Sims can become world famous celebrities by taking, uploading, and selling awesome photographs either around the world or right at home in their own studio. While you could do this with photographs before Moschino Stuff, it’s really nice to see that The Sims Team didn’t forget to integrate this feature into the new photography tools. I was worried this feature wouldn’t be carried over, but I’m glad I was wrong. 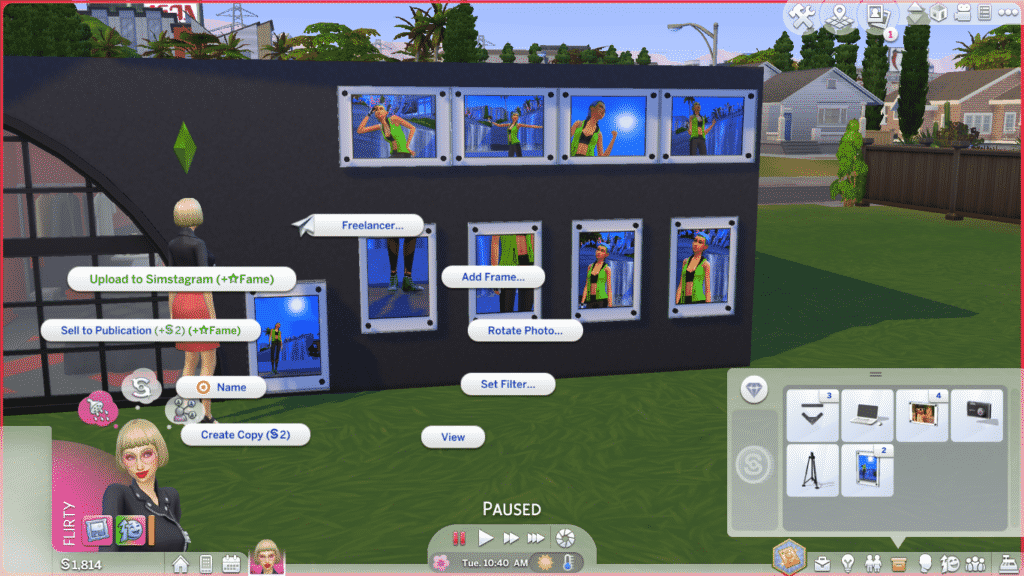 I had a lot of fun playing as a Fashion Photographer and was able to get to 2 stars of fame in just a few hours of gameplay through photography-related actions alone. Being able to use the tripod played a huge role in this. With 10 shots per photo session instead of 5, I had a lot more pictures I could upload and sell to publications.

The bulk of my Sim’s income came from her freelance gigs, but the bulk of her fame came from uploading her pictures to Simstagram and selling them to publications. The two features complimented each other nicely. My Sim was able to make a living as a Freelance Fashion Photographer while gaining fame online and in publications. 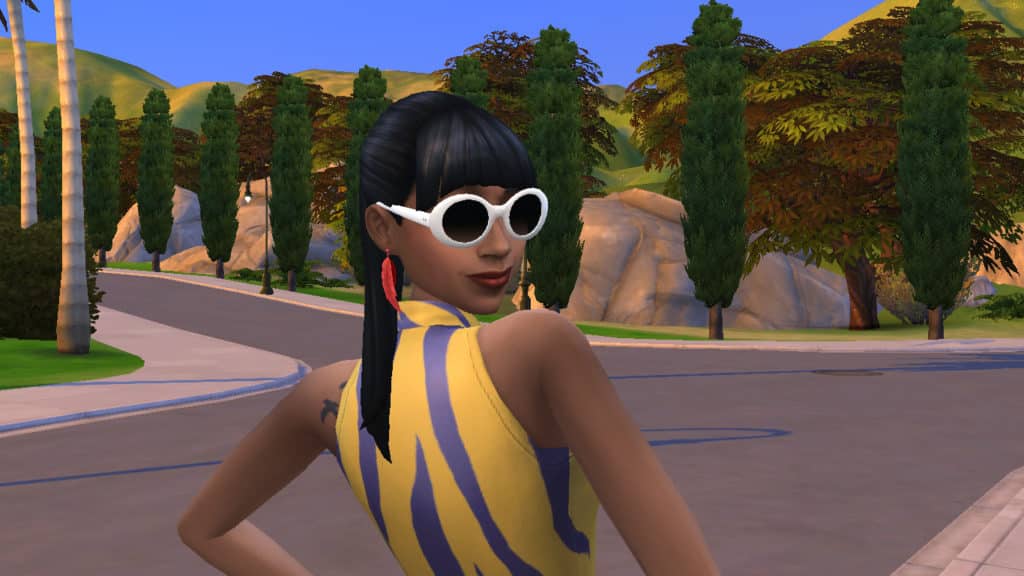 It was also much easier for my Sim to become a celebrity through meeting other celebrities by using Moschino Stuff. When your Sim photographs another Sim using the tripod, that Sim instantly becomes good friends with your Sim. This allowed me to form strong relationships with high-level celebrities much more easily. All I had to do was ask Octavia Moon to pose for a photo and boom! Instant friends! And instant fame and reputation.

If you own Get Famous, adding Moschino Stuff to your collection will compliment your existing collection nicely.