When Island Living first released it included three NPC mermaids that were hidden in the game similar to Erwin Pries from Strangerville, with a recent update these sims became unhidden. 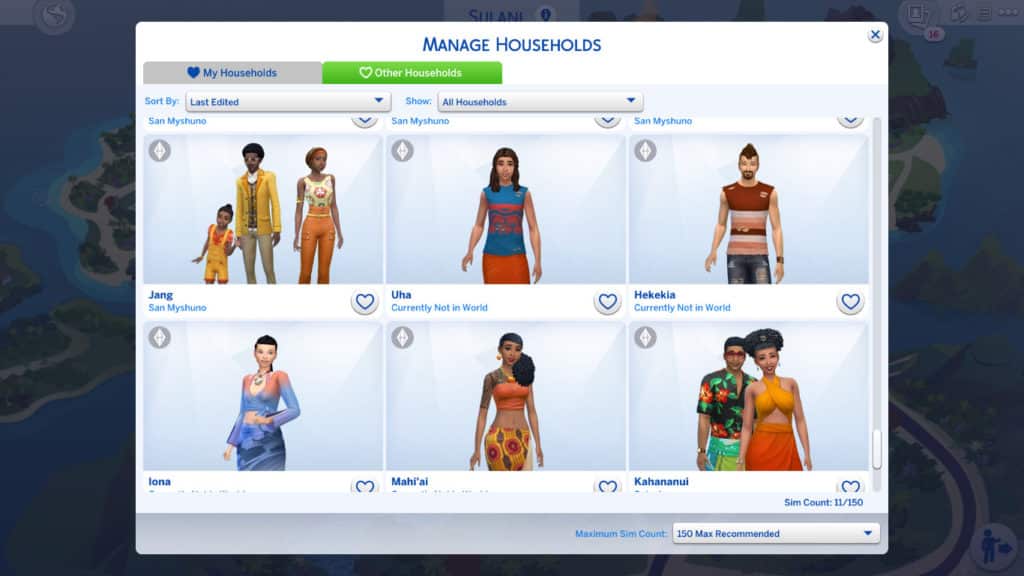 The sims now available in Manage Households include Nalani Mahi’ai (who was one of the sims featured in the Island Living renders and trailers) along with Kalamainu’u Iona, Ukupanipo Hekekia, and Paka’a Uha a new NPC mermaid was also added with the update. 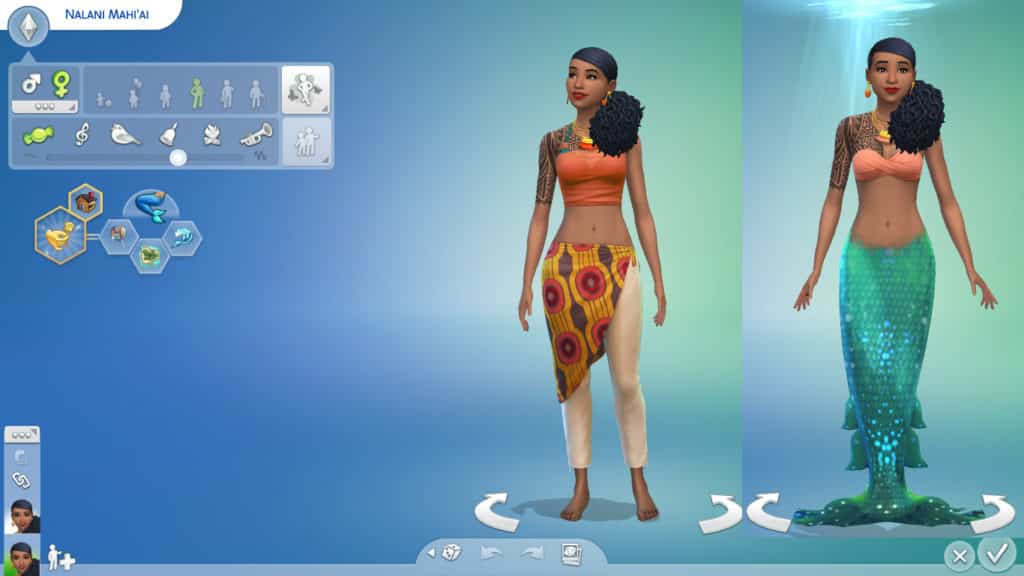 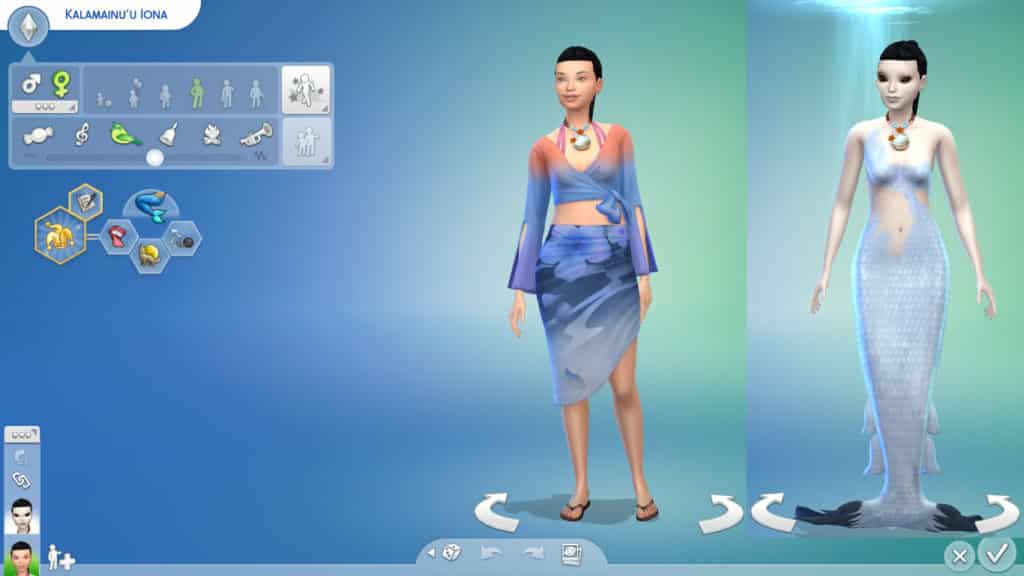 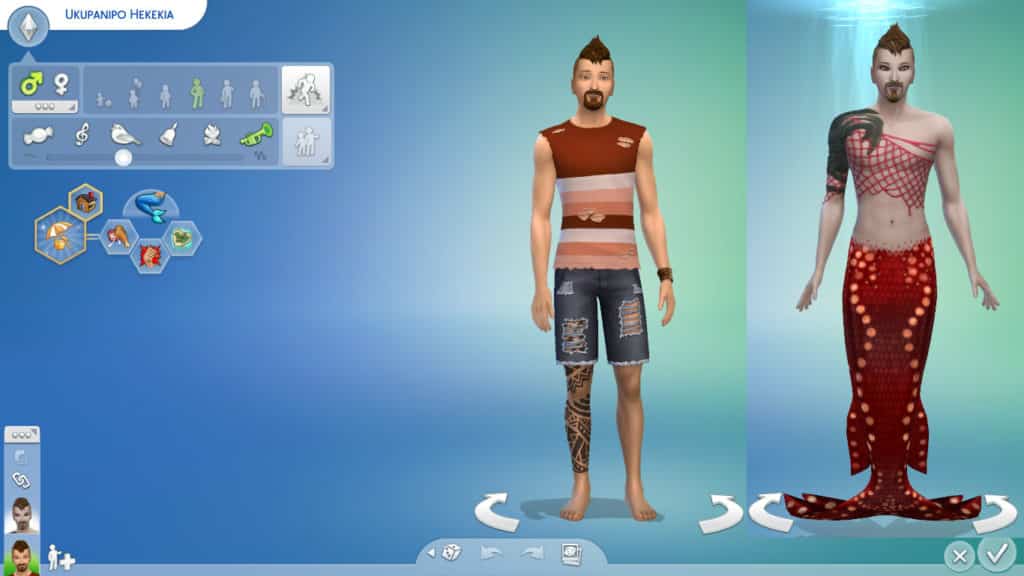 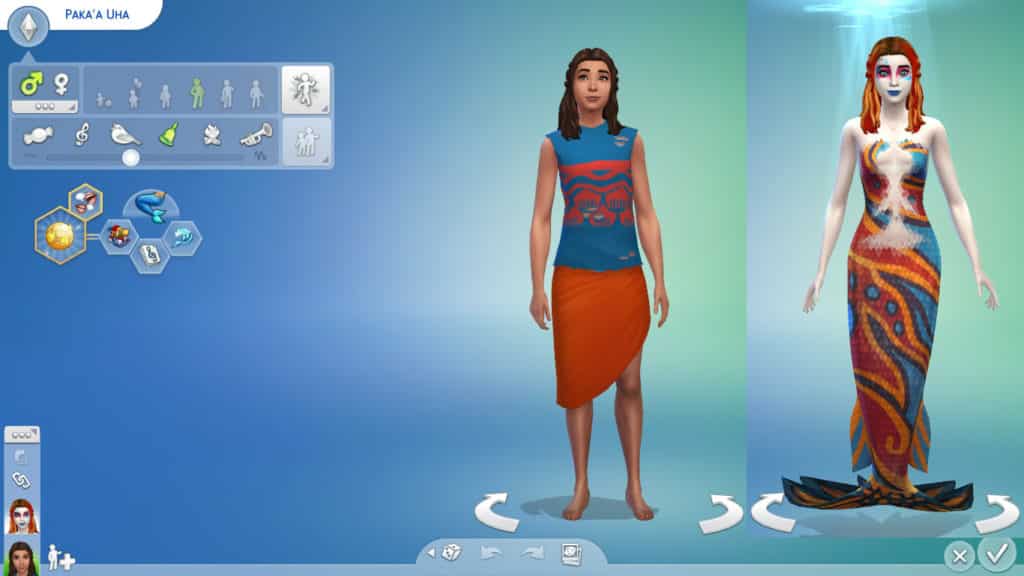 Paka’a appears to be the second transgender sim to be included in Island Living as they have custom gender settings like Lia Hauata.

These sims are now editable in CAS and can be added to the world via Move Household.